Vidya Balan’s Sherni Trailer Is Out, Here Are Five Things To Expect From The Movie

Vidya Balan shared the trailer of her much-awaited movie Sherni. Read on to know about five takeaways from the trailer. 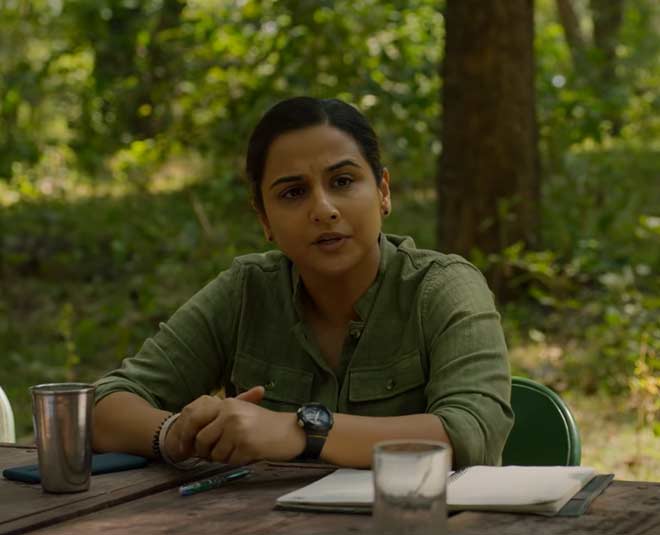 Vidya Balan, who is known for playing the most complex characters with ease and her unique choice of scripts, in the entertainment industry, is back with a bang! On Wednesday, the Kahani actress took to her Twitter handle, to delight her fans with the trailer of her upcoming movie Sherni along with an intriguing caption that stated “Be courageous. Be strong. Be fearless. It's time for the #Sherni to roar!” She wrote. Vidya is all set to play a strong and powerful character yet again, to keep the audience at the edge of their seats. Here are five things to expect from the movie Sherni. The Trailer opens with the images of a dark forest and a male voice over asking, “The jungle’s tiger is endangering our lives. Do you have a solution for this?” the scene cuts into the transition, showing the entry of Vidya Balan as a ‘lady forest officer’. However, the male officers are not quite happy to see Vidya’s character and start doubting her capabilities the moment she enters the forest.

The trailer is a powerful reflection of the sexism and gender biasness, which exists in society. At the beginning of the trailer a male officer can be heard saying, “When there’s a problem here, they send a lady officer.”  Vidya’s character can be seen constantly facing sexist remarks off and on the duty. However, the actress like her earlier movies has given a top-notch performance and can be seen acing the role of lady officer surrounded by muscular men, who have zero expectations from her. 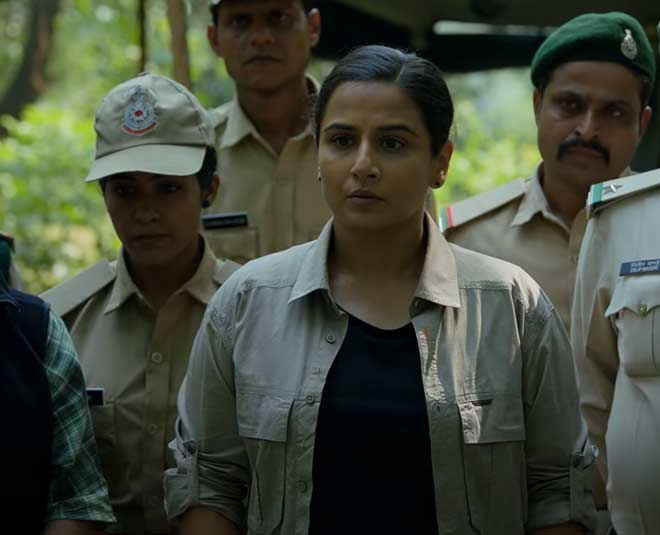 The trailer looks highly intriguing and promising in terms of the story plot. We are expecting a lot of twists and turns throughout the movie along with the stellar performances by the actors. Recently, Vidya had also shared the teaser of the movie with the caption, “A tigress always knows the way! Ready to hear the Sherni roar? Here's the official teaser” she earlier wrote. Ever since the teaser was out, the fans and followers of the actor were eagerly waiting for the trailer of the movie. And clearly, they can’t wait to see yet another brilliant performance of their favourite actress.

Don't miss: Vidya Balan Starrer Shakuntala Devi Takes Us Through Her Not So 'Simple' Life Apart from Vidya Balan, the trailer also gave us glimpses of the great actors that the movie features like Brijendra Kala who we know from his iconic character in Shahid Kapoor and Kareena Kapoor starrer ‘jab we met’ in which he played a taxi driver. In Sherni, Kala can be seen playing one of the colleagues of Vidya Balan. The trailer also shows actors such as Neeraj kabi, Sharat Saxena, Vijay Raaz and Ila Arun in pivotal roles.

Correlation Between Humans And Wildlife

One of the most interesting parts about the trailer is that the movie is expected to revolve around humans and wildlife, and how both are dependent on each other. It would be interesting to see how the mysterious plot of Sherni will unfold, and leave the audiences with something to take back home.