Urfi Javed gives a reply to Chahatt Khanna after the latter says, “she isn't fit to be a wife or mother”.

Urfi Javed and Chahatt Khanna’s spat began a few days back after the two engaged in a war of words on social media. The fight took a nastier turn after Khanna commented on the former's clothes and said that she isn’t fit to be a “wife or even a mother”. 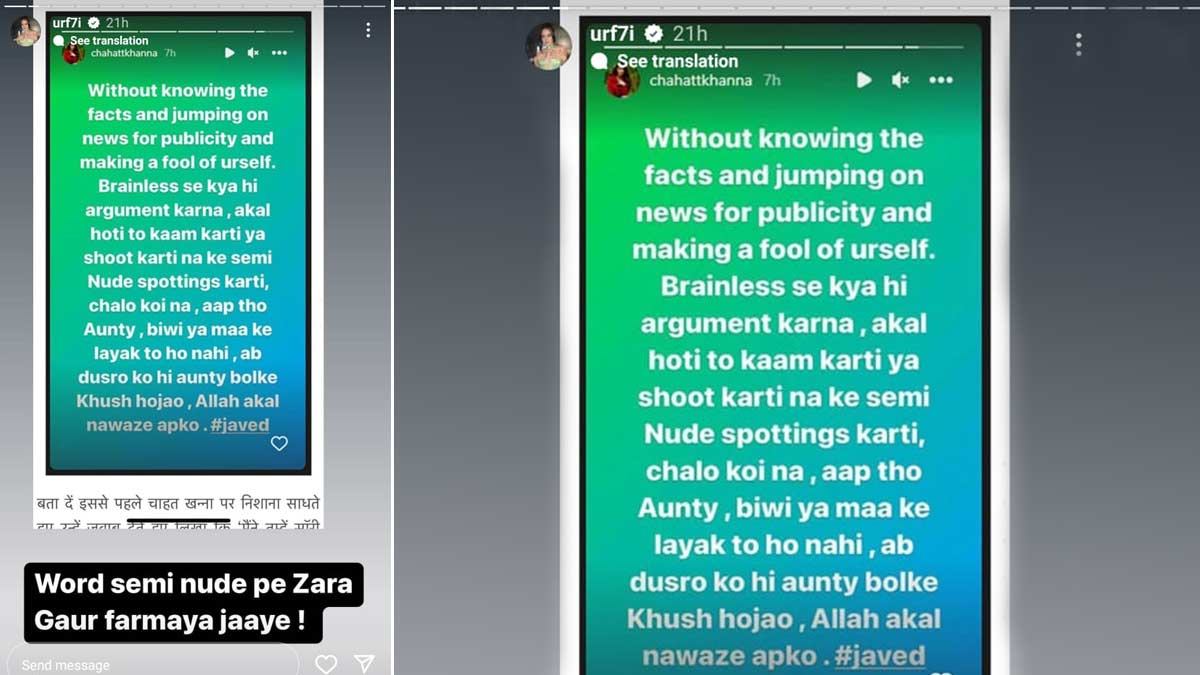 Chahatt Khanna wrote, “Without knowing the facts and jumping on the news for publicity and making a fool of yourself. Brainless se kya argument karna, agar akal hoti toh kaam karti ya shoot karti na ki semi Nude spottings karti, chalo koi na aap toh aunty, biwi ya maa ke layak toh ho nahi, ab dusro ko hi aunty bolke khush ho jao (There’s no point in arguing with someone who is brainless. If only she had a brain, she would have worked and not gone around doing semi nude shoots. It’s okay you cannot become an aunty, wife or even a mother. Stay happy by calling others aunty) #Javed.” 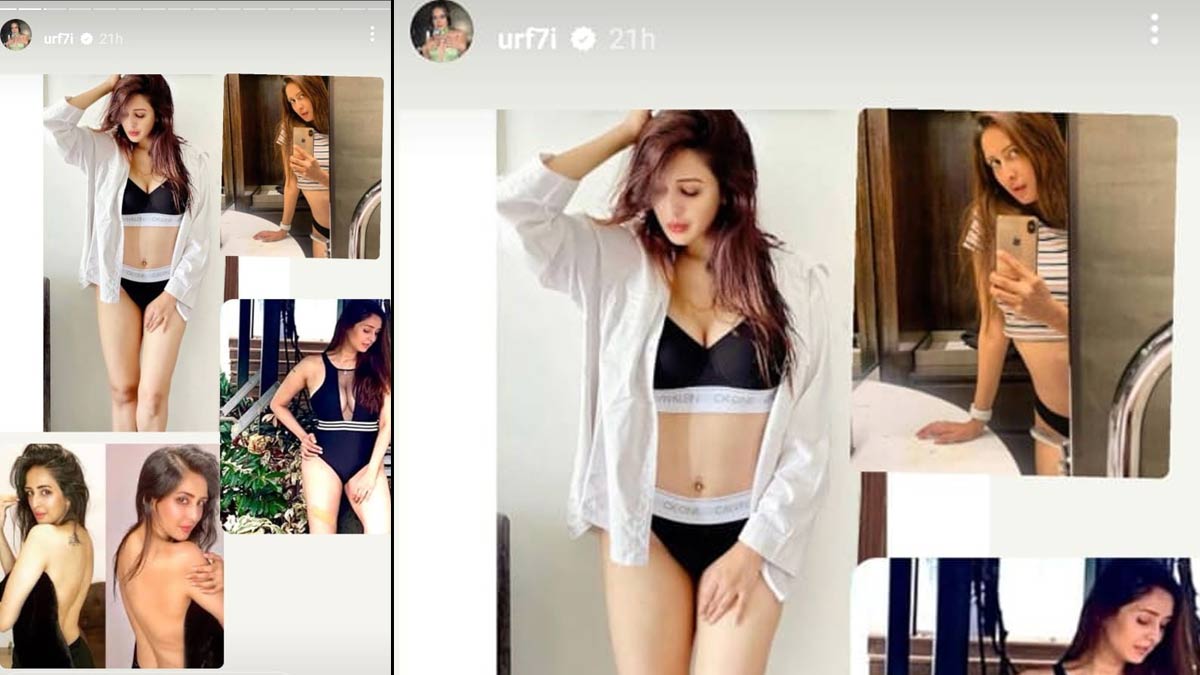 This irked Urfi and she shared a few pictures of Chahatt wearing swimsuits and wrote, “Word Semi nude per zara gaur farmaya jaaye! (Let’s look at the word semi nude).” 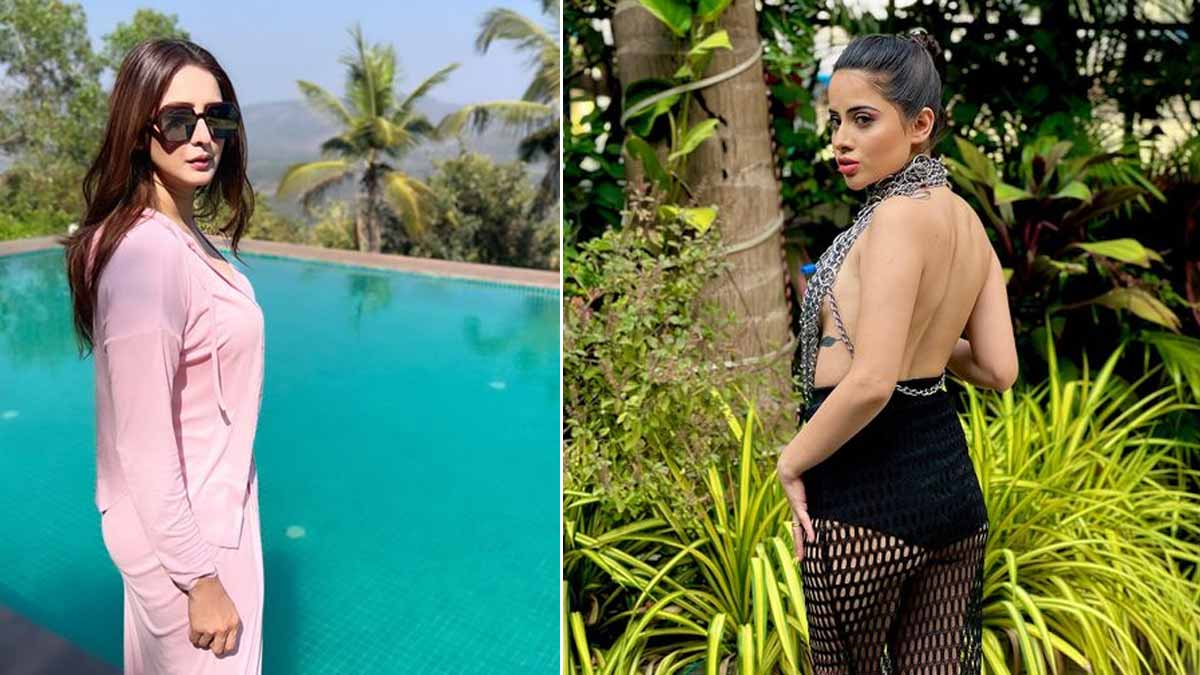 A few days ago, Chahatt Khanna took to her Instagram and called Urfi Javed’s clothes vulgar. After this, Urfi attacked Khanna by talking about her personal life and two divorces following which Khanna ended up blocking Urfi on social media.

Later, Urfi apologised during a public appearance and said that it was wrong to comment on her personal life. She further said that no matter what anyone says, she should keep her calm.