Here is the list of Sushant Singh Rajput's wishes and dreams with many unfulfilled, that we wanted to share on his birth anniversary.

He was just 34, successful and bright. Sushant Singh Rajput's death in 2020 was a shocker for the entire nation. His committing suicide was unimaginable for all as he was doing so well, according to his fans.

Time and again, Sushant proved that he was born to be a star, and every time he appeared on the silver screen, he would spill magic with his charm. It was indeed a treat to watch him.

On his birth anniversary today, we share his list of unfulfilled dreams and wishes, which he had shared on social media in 2019.

Here's the list of Sushant Singh Rajput's dreams and wishes where many remain unfulfilled. He had made a list of 150 but had shared his first 50 only on social media.

The late actor had gotten quite close to this one as he had purchased a plane to learn it. In 2018, before the actor deleted his old posts on Instagram, he had shared a video showing off his new skill. "#LovingMyDream 1/150 ! ‘GET A FLYING LICENSE !!’ Buying this beauty (Boeing 737 Fixed Base Flight Simulator) to start loving/living my first of 150 dreams; to fly.. (sic)."

In 2018, he had shared a video on his social media accounts in August 2018. He wrote, "#Dream 3/150 IRONMAN TRIATHLON Day 2 Warmup- a variation of a Skip-Rope; Process- 1.Gamification 2.Biomimic; Frame speed of the video - normal 24fps; Tomorrow: Trying a variation of the same variation with eyes shut. #livingmydream #lovingmydream (sic)." 6. Play tennis with a champion 8. Chart trajectories of Moon, Mars, Jupiter & Saturn for a week

12. Spend an evening in my Delhi College of Engineering hostel

He did manage to send 2 bright children to NASA so that they could broaden their horizons as he could not do it for himself. His next agenda was to send 100 kids. In an interview, Sushant had said, "When I was a kid I really wanted to be an astronaut but I did not know where to go. I always wanted to go to NASA but was declined again and again, so I got myself a really powerful telescope, which can zoom in on any creator on a bright moon night. It was two years back that I had a chance to go to NASA and I did a small workshop there. One year later I sent two kids to NASA, they were very bright kids and one of them won a gold medal there and he now trains to become an astronaut. I am now planning to send at least 100 kids this time to NASA."

15. Play Poker with a Champ 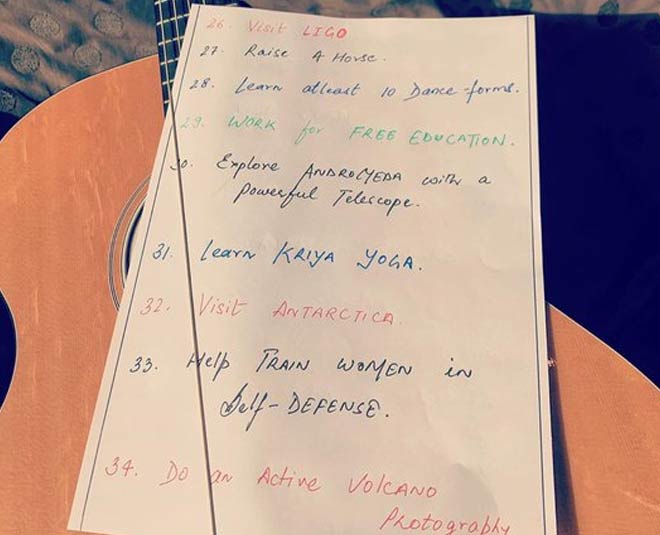 30. Explore Andromeda with a Powerful Telescope 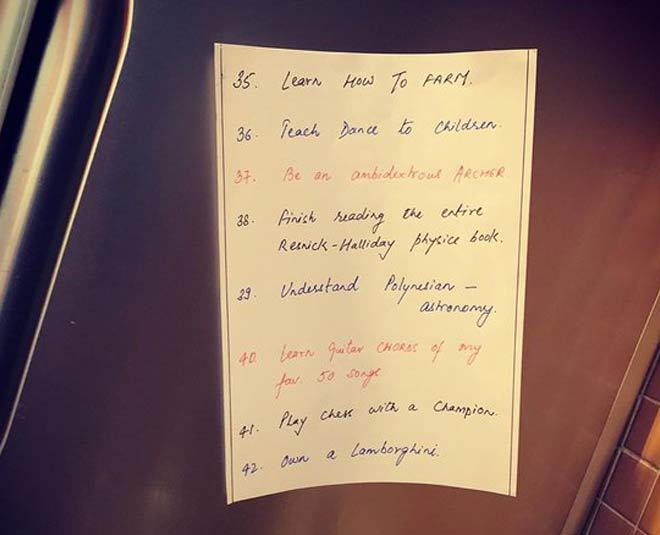 37. Be an Ambidextrous Archer

41. Play Chess with a Champion

Don't Miss: Shout Out To All Sushant Singh Rajput Fans! Answer These Questions On The Late Star & Test Your Knowledge

46. Make a documentary on Swami Vivekananda

50. Travel through Europe by train

According to the police reports, Sushant had committed suicide by hanging himself which many of his fans still do not believe is the case. It is also believed that he was suffering from depression and had been taking treatment for the same. However, as per the reports, he had stopped taking anti-depressant pills which made his health worse.

He may not be with us anymore but this list will encourage you to live your life and fulfil your wishes.

Do share your love for Sushant on our Facebook page. For more such stories, stay tuned to HerZindagi!