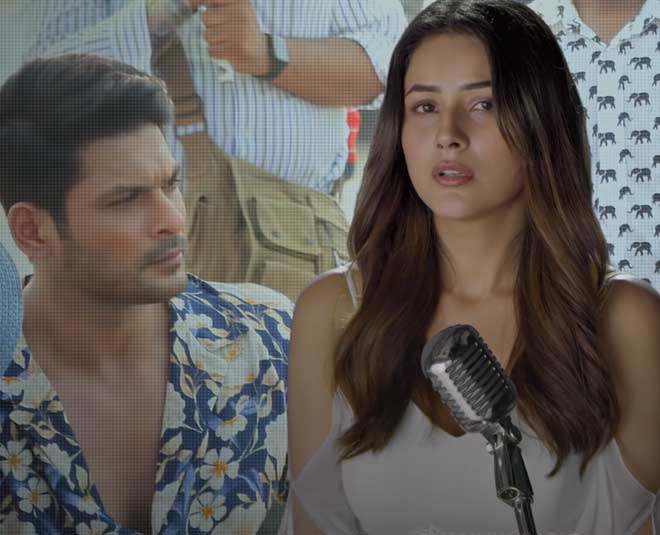 Shehnaaz Gill and late actor Sidharth Shukla's jodi on Bigg Boss 13 got more love than ever imagined. They were one of the most talked about pairs in the industry and continue to be even today when Sidharth Shukla is no more with us.

We lost Sidharth Shukla about a month back and still haven't managed to sink in the news. The country is still mourning the loss of the popular actor. The untimely demise of Sidharth Shukla broke SidhNaaz fans. However, the unfortunate incident didn't take away their love for their favourite jodi.

For SidNaazians, as Sidharth Shukla and Shehnaaz Gill fans call themselves, SidNaaz isn't just a regular pair, it is synonymous to unconditional love and friendship and they celebrate it everyday in their own way.

Change Of Name - Adhura To Habit

Ek Adhuri Kahani #Adhura.... coming soon." However, today, it was released with a different name, 'habit'. Many fans are disappointed with this new name." Have a look some glimpses from the song here -

As soon as the video went live on YouTube, SidNaaz fans started to pour in a lot of comments. A user wrote, "I can't still can't believe this is there last project 😌 You are so strong shehnaaz you completed this song for him and without him."

Another one wrote, "cant stop crying as i see him on screen with shehnaaz for the last time... SIDNAAZ Forever.. :)"

Shehnaaz Gill returned to work a few days back ahead of the release of her movie Honsla Rakh that stars Diljit Dosanjh and Sonam Bajwa. This was the first time after the demise of her rumoured boyfriend Sidharth Shukla that she came into limelight.

During an interview recently, when her co-actor Sonam Bajwa called her the hero of Bigg Boss 13, she said, "I was the heroine of Bigg Boss, hero koi aur tha." Here she indiretly referred to late Sidharth Shukla.

Sidharth Shukla and Shehnaaz Gill's chemistry on Bigg Boss 13 is the talk of the town even today. Even though Bigg Boss came to an end, their jodi made headlines every now and then for some reason or the other. Both had confessed their feelings for each other on national television but never later confirmed if they were in a relationship.

Sidharth Shukla and Shehnaaz Gill's last song has been sung by Shreya Ghoshal and Arko. Tell us what are your thoughts on India's most popular couple, SidNaaz' last project. Write to us on our Facebook page. For more such stories, stay tuned!