Did You See This Video Of Nita Ambani Dancing With Bahu Shloka And Daughter Isha?

Nita Ambani was seen performing with daughter-in-law Shloka Mehta and daughter Isha Ambani at a friend's wedding. Have a look. 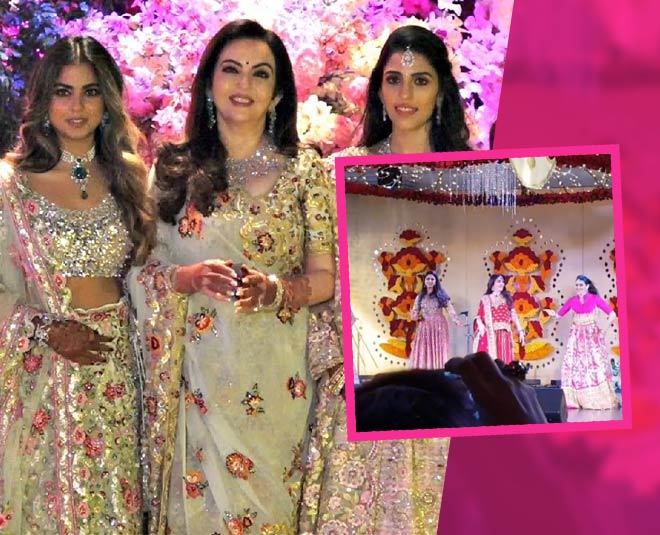 The Ambanis never miss giving us family goals. We love seeing the entire Ambani clan together, for they look so amazing together. The Ambanis welcomed Shloka Mehta to the clan this year. In a short span, Shloka Mehta has managed to win our hearts and has been making headlines ever since she tied the knot with Akash Ambani this year.

We love seeing Shloka Mehta's bond with mother-in-law Nita Ambani. Everytime we snap them together, we see can feel the special bond the two share. Shloka Mehta also shares a great bond with sister-in-law Isha Ambani. 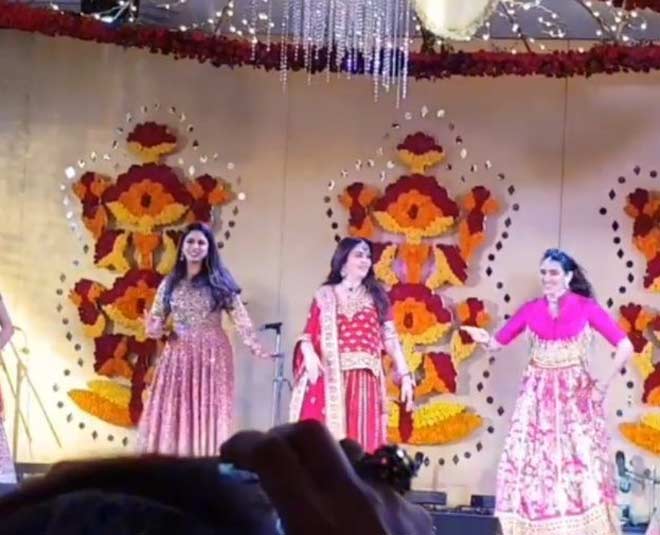 Do you know, Nita Ambani, Isha Ambani and Shloka Mehta performed at a family friend's wedding some time back and we have come across some videos from the event.We love how they are dancing in sync. The three are dressed in stunning ethnic avatars.

While Nita Ambani can be seen dressed in an all-red lehenga choli set, her bahu Shloka Mehta is dressed in a rani pink floor-length dress. Isha Ambani looks beautiful in peach and beige heavy embellished outfit.

They dance to "Wo Krishna Hai" song in the video. Watch the dance video here:

A post shared by Shloka Ambani Encyclopedia (@shlokaakashambani_fp) onOct 14, 2019 at 2:55am PDT

There are some other videos where Shloka Ambani and Isha Ambani can be seen dancing at the wedding baraat. Reportedly, it was the wedding of their close school friend.

A post shared by Shloka Ambani Encyclopedia (@shlokaakashambani_fp) onOct 14, 2019 at 1:31am PDT

In another video, Shloka Mehta, Isha Ambani, and Akash Ambani can be seen dancing. There are some more friends of the bride and groom that join the stage. Looks like the Ambanis had a blast at the wedding party. See the video here:

A post shared by Shloka Ambani Encyclopedia (@shlokaakashambani_fp) onOct 14, 2019 at 6:32am PDT

We all know Nita Ambani's love for dance. Nita Ambani is a trained Bharatnatyam dancer. In fact, her dance is the reason why today she is the wife of Mukesh Ambani, India's richest man. It was when Mukesh Ambani's parents saw Nita dancing on stage that they decided to ask for her hand for Mukesh for marriage.

Whenever Nita Ambani performs, it looks like we are seeing a Bollywood movie. With the perfect lighting and a lot of background dancers, it looks like an actor is performing.

It is great to watch Shloka Mehta and Isha Ambani joining Nita Ambani as she dances. Here, as all the three Ambani women dance, it is a treat for us!