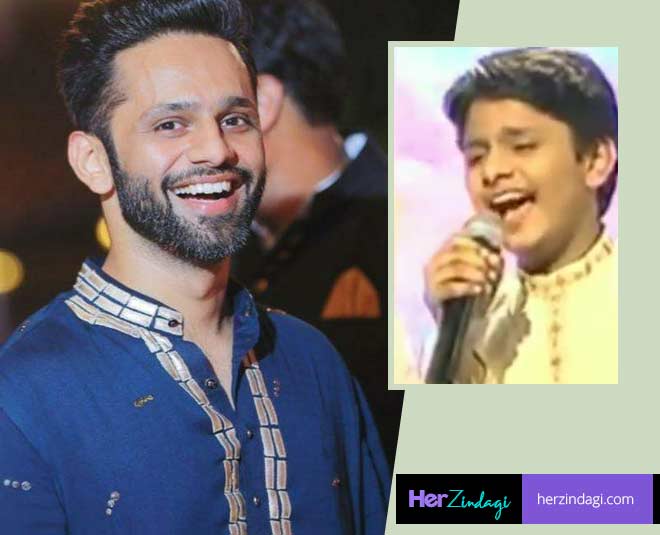 Bigg Boss 14 contestant Rahul Vaidya, who is up against Rubina Dilaik, Aly Goni for the trophy has a massive fan following thanks to the reality show. So much so that the fans have found a video of his when he can be seen playing the famous musical show "Antakshiri" which was hosted by Pallavi Joshi and Annu Kapoor between 1994 to 2005 on Zee TV.

The childhood video of the singer has been made viral by his fans and Rahul definitely looks like that innocent boy who was all about singing. Checkout the video:

Singing the Aamir Khan and Juhi Chawla starrer song "Ishq Hua", Rahul can be seen in a traditional avatar.

The singer so far has had an interesting journey of ups and downs. The singer's professional life took off when he became the second runner up at the reality television show season 1 of Indian Idol in 2005. After a few months, he had released his song "Tera Intezaar" with Sajid-Wajid as his music composers.

In the Bigg Boss house, Rahul has a tough competition with Rubina where some think he may not win as he had left the show in between and then come back again. He was infact voted by the contestants to return to the house.

Another reason that Rahul Vaidya trended was when he confessed his love for Disha Parmar and even proposed to her on the public platform. They are now getting married in June!

In a recent interview Rahul's mother, Geeta Vaidya revealed the news. She told Spotboye that: "We are doing the preparations for his marriage in the month of June. We haven't zeroed down the date yet because we want him to come out and decide on that. As he will have his own plans also. We are doing the basic preparations but he will come and then finalise things with his choice."

On Disha's family's reaction, Geeta shared:"Her family was also surprised, of course. But they are really nice people. Disha's parents along with her came down to meet us and very nicely discussed everything. Her mother is also very nice and they are also very excited for this marriage."

In fact, both the families have begun their wedding preparations.

In an interview with The Times of India, Geeta said that Disha visited them a few times after Rahul proposed.

"I have spoken to her mom also. So, we have finalized everything and done all the small preparations. We are waiting for Rahul to come out, the moment he is out will decide and finalize the dates. The date, location, and everything else we will confirm then. But the basic arrangements we have already done."

Stay tuned to HerZindagi for more updates on Bigg Boss 14 and its contestants.