Recently, Sara Ali Khan took to her social media handle to shower praises on Dhanush for his role in Russo Brothers’ The Gray Man.

Sara Ali Khan congratulated Dhanush on his Hollywood debut film, The Gray Man. Dhanush and Sara Ali Khan co-starred in Atrangi Re. The two share a great bond even after their film Atrangi Re which was very successful. 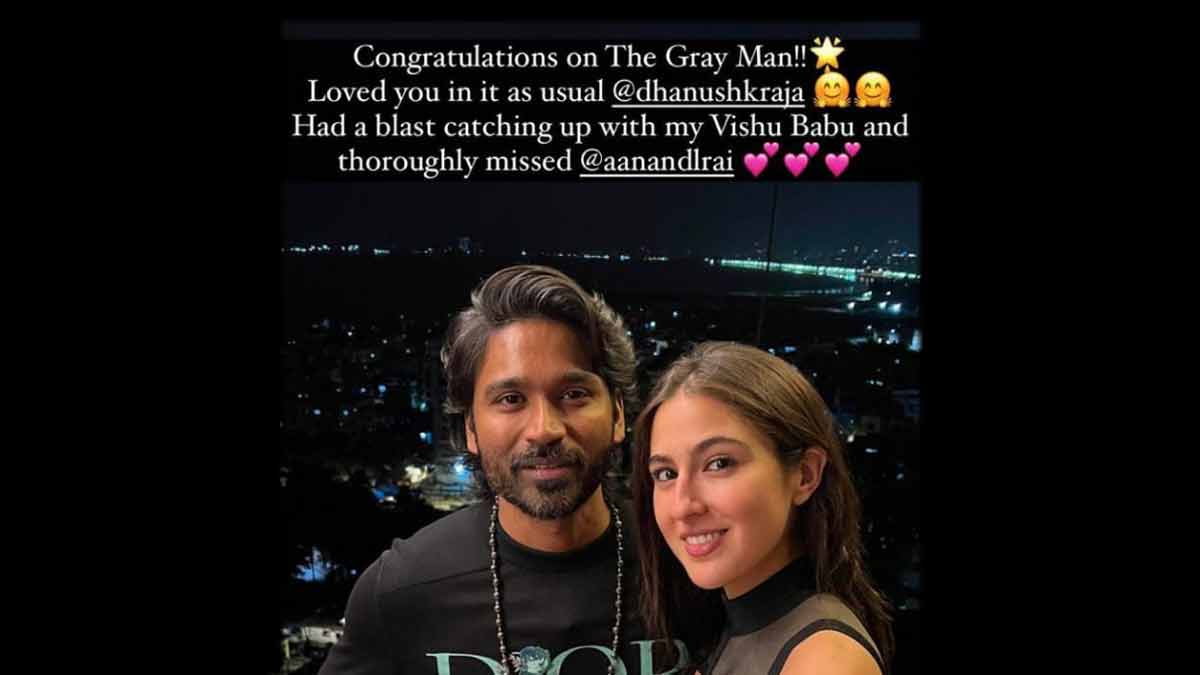 After watching the film, the actress wrote a congratulatory note on her Instagram stories along with a photo of herself and Dhanush, her "Vishu Babu." She wrote, "Congratulations on The Gray Man. Loved you in it as usual." She added, "Had a blast catching up with my Vishu Babu and thoroughly missed Aanand L Rai," followed by heart emoticons. 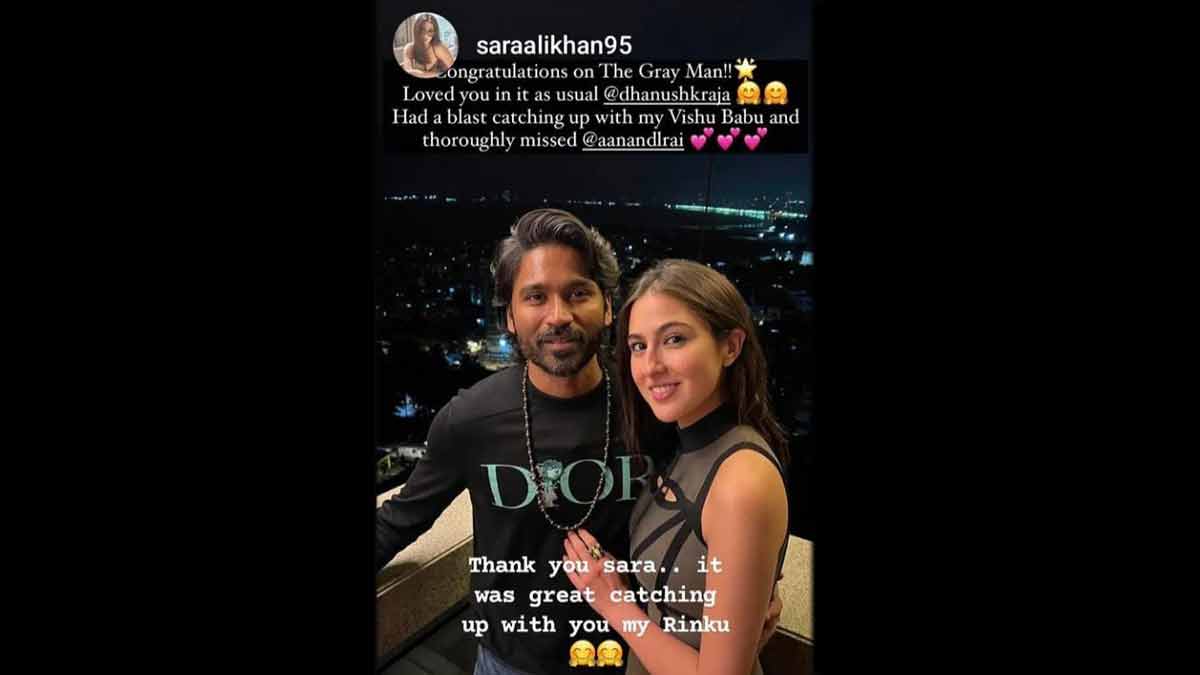 Dhanush reshared the post and thanked Sara. He wrote, "Thank You, Sara...It was great catching up with you my Rinku."

The Russo Brothers came to India to promote  The Gray Man, which stars Dhanush, the well-known Bollywood-Tamil crossover actor. They are also in preliminary discussions for a project with Excel Entertainment, a company run by Farhan Akhtar and Ritesh Sidhwani. Ritesh threw a party in Mumbai for the Russo Brothers, and several Bollywood stars, including Sara Ali Khan, Shahid Kapoor, Arjun Kapoor, Malaika Arora, Ananya Panday, Raveena Tandon, Gauri Khan, and others, joined them for a celebration.

The film, directed by Anthony and Joe Russo, also stars Chris Evans, Ryan Gosling, Ana de Armas, Jessica Henwick, and others. Ryan Gosling and Dhanush's character, an assassin, are antagonists in the film.

Dhanush and Sara Ali Khan, collaborated on the Akshay Kumar and Aanand L Rai film Atrangi Re in 2021. The movie, which was released in December of last year, received a tonne of positive reviews from both the public and reviewers. At Ritesh Sidhwani's celebration, the pair also posed for photos together.

Dhanush has a lot of upcoming movies, including Selvaraghavan's Naane Varuven, Mithran Jawahar's Thiruchitrambalam, which also stars Raashii Khanna, Nithya Menen, and Venky Atluri's Vaathi. On the other hand, Sara Ali Khan has Laxman Utekar’s untitled film with Vicky Kaushal and Pawan Kripalani's Gaslight, where she is co-starring with Vikrant Massey and Chitrangada Singh.