Parents-to-be Ranbir Kapoor and Alia Bhatt were snapped at Mehboob Studio as they promote their film Brahmāstra Part One: Shiva.

On Friday, Ranbir Kapoor and Alia Bhatt were sighted at the Mehboob Studio in stylish outfits. They stepped out to promote their upcoming film Brahmāstra Part One: Shiva.

Take a look at the pictures: 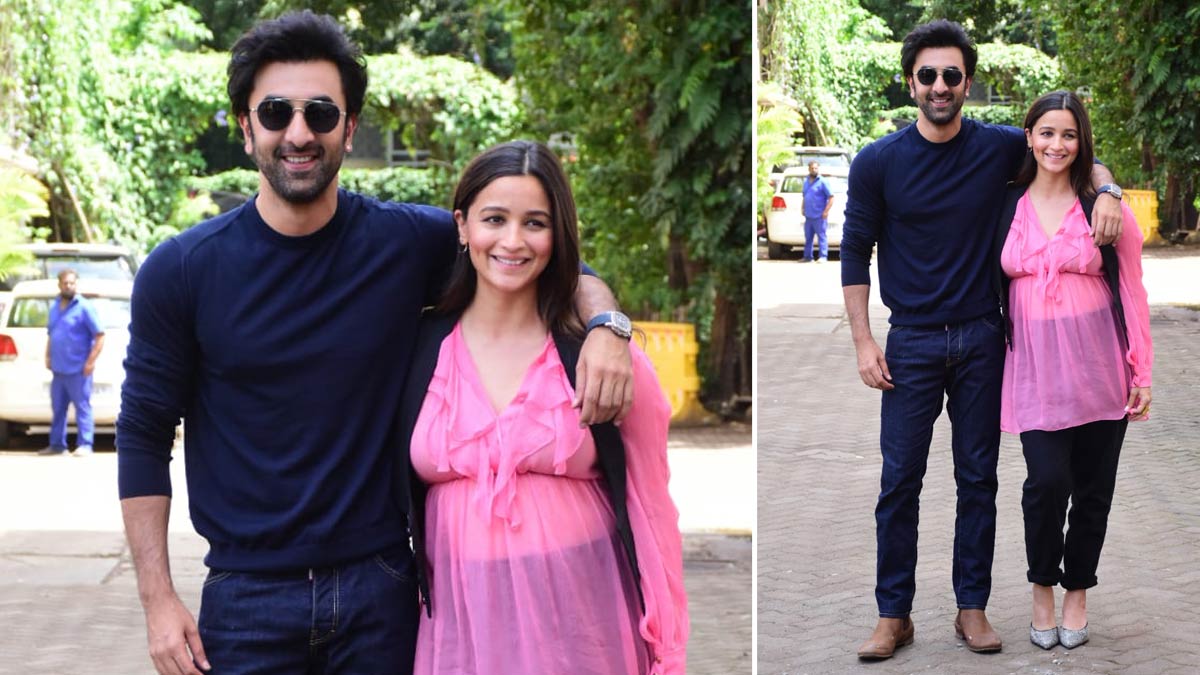 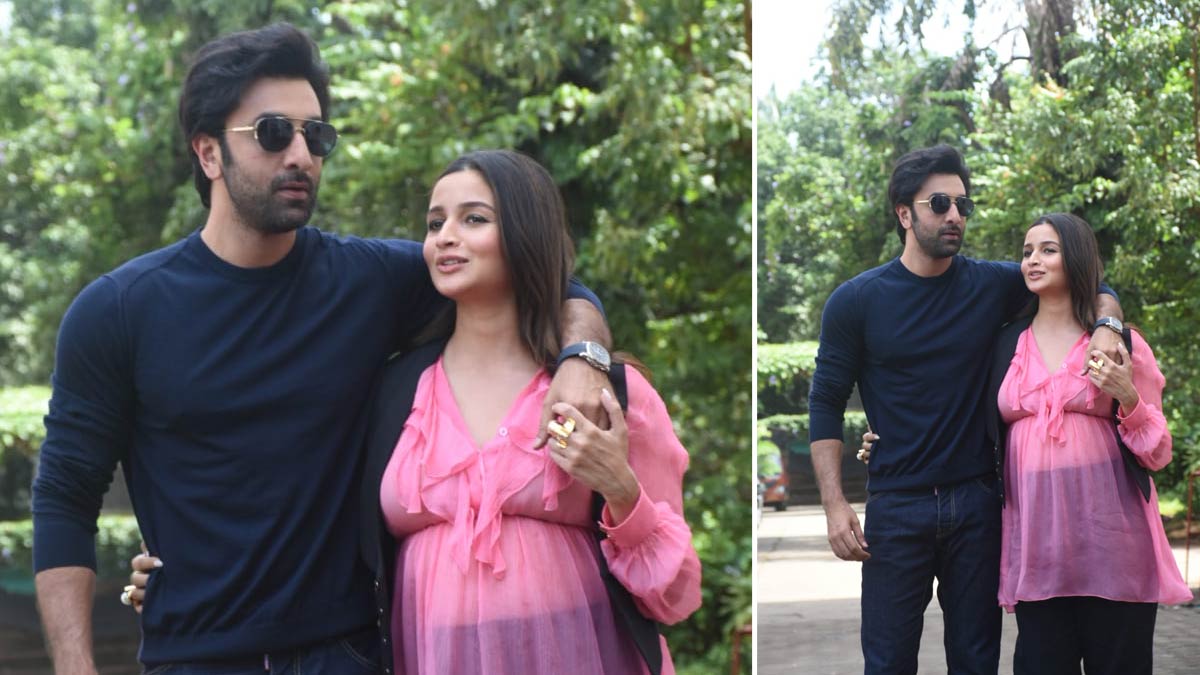 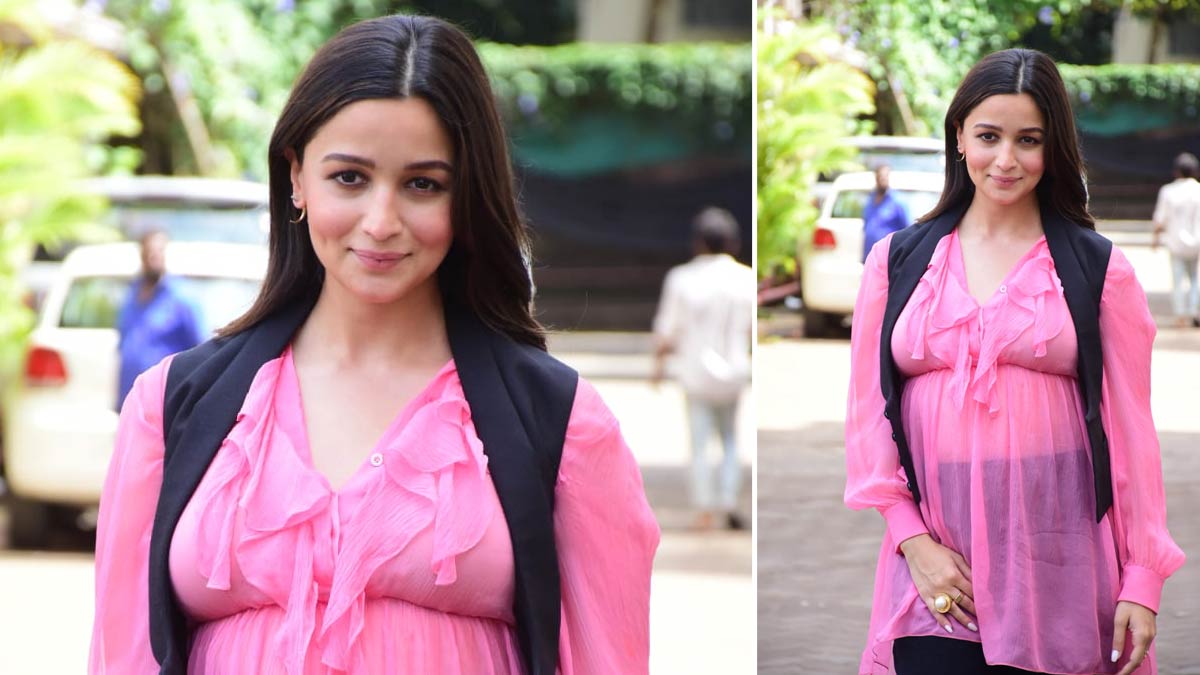 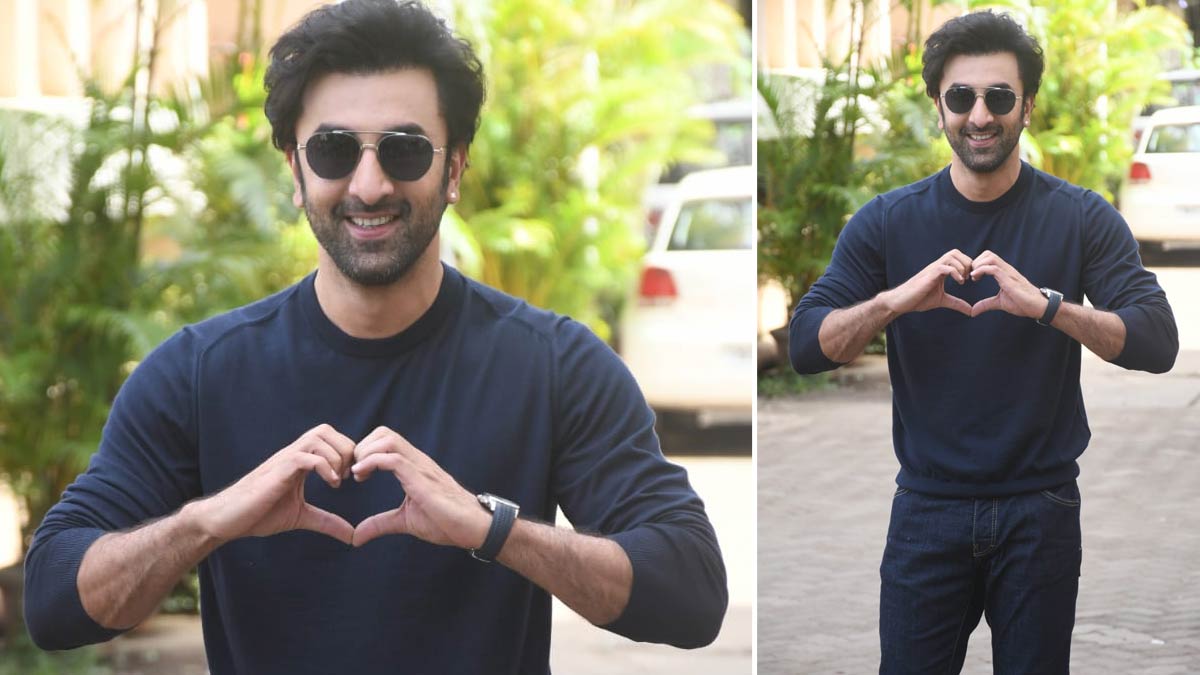 Promotions for the upcoming film Brahmāstra Part One: Shiva is in full swing. It is one of the most anticipated Bollywood films whose filming spanned nearly nine years. Brahmastra director Ayan Mukherjee said that the journey of Brahmastra began in 2011 when he was in Shimla, surrounded by the Himalayas. He added that the vision of Brahmastra was born there.

Alia Bhatt shared her look of the day on Instagram wearing a pink top which she styled with a black overcoat. She complemented her look with wavy hair with middle parting. In the caption she wrote, "the light .. is coming!(In just two weeks) 9TH September —- BRAHMĀSTRA."

Brahmāstra Part One: Shiva is directed by Ayan Mukherjee and produced by Karan Johar, Apoorva Mehta, Namit Malhotra, and Mukerji.

The film stars Amitabh Bachchan as Guru: the leader of the Brahmānsh who wields the Prabhāstra, Ranbir Kapoor as Shiva: a DJ who possesses the power of the Agnyāstra (the astra of the fire element) , Alia Bhatt as Isha, Shiva's love interest, Mouni Roy as Junoon: the Queen of Darkness, Nagarjuna Akkineni as Anish: an artist and a member of the Brahmānsh who wields the Nandi Astra.

Brahmāstra Part One: Shiva will be hitting the theaters on September 9, 2022.

For  more such stories, stay tuned to HerZindagi.