On his birthday, let's take a look at how actor R. Madhavan and his wife Sarita's love story is super inspirational for the modern generation.

If is often said that relationships are made in heaven and eventually we all end up with the one we are destined to be with. One such couple that gives us major couple goals, is R. Madhavan and his wife Sarita who have been growing together. Most 90's kids will agree that Madhavan is a star we are proud to be fans of. He was already married when he entered the film industry and was a hit pan-India through his work in both Southern cinema and Hindi speaking film industry. The way he and his wife manage their perfect marriage with a few mantras dolled out by Madhavan, it is nothing short of inspiration. The student teacher relationship sure has many lessons to teach. So here it is. Their love story and some key lessons that Madhavan shared for a happy married life. On the actor's birthday let's see how the two defied all odds and came together.

He wanted to join the army initially but due to just a six month age difference gap, he had to give up the dream. R. Madhavan, whom we lovingly call Maddy, then studied management and earned a degree in electronics. He started conducting communication and public speaking classes all over India. 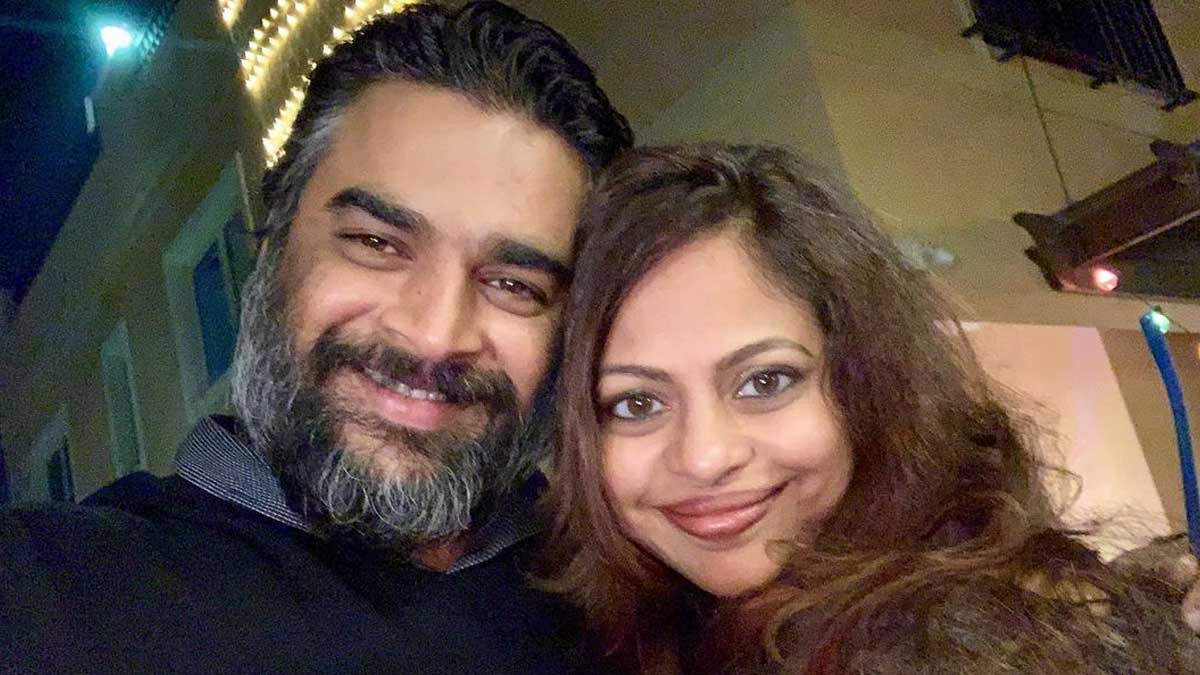 During these classes, Madhavan met his future partner Sarita who was an aspiring air hostess in 1991. When she got through the interview, as a thank you to Madhavan, she took him out for a dinner which then bloomed into a lovely companionship. Madhavan said in an interview: “I was teaching a personality development class in Kolhapur when I met Sarita. She was aspiring for a job in an airliner and attended my classes. When she finally bagged the cat, she thought it was in part, due to my classes and took me to a ‘thank you’ dinner. That’s how it started.”

Madhavan went for a "mauke pe chaukka" when she asked him out for a dinner. He said: "Sarita was my student and she asked me out on a date one day. I was a dark man and thought it was an opportunity. Didn't know if I would ever get married so I grabbed on to the opportunity and married her." 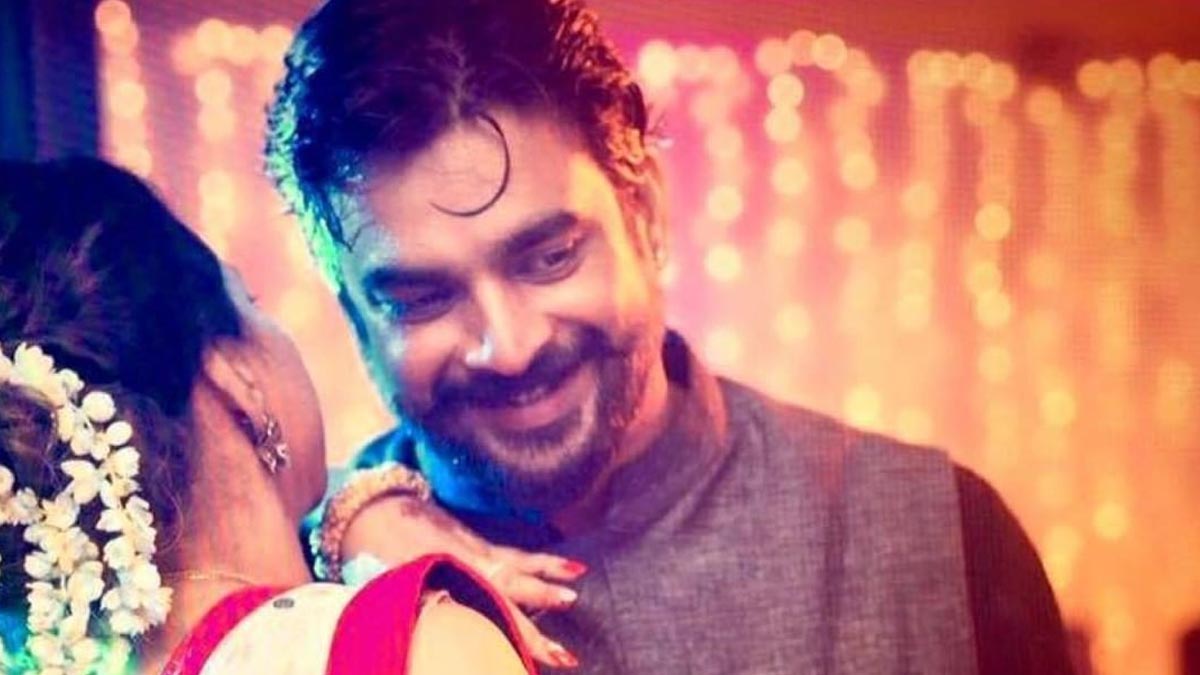 The couple gave each other ample time to bloom into their respective personalities and then decided to tie the knot in 1999. They got married in a traditional Tamil style wedding, amid friends and family. It was after the wedding when Madhavan entered the film industry. They now have a 15-year-old son, Vedanta, whom they welcomed in 2005.

His first Tamil movie being Alaipayuthey, gained him a Filmfare Award for the best male debut, in 2001. He then made his Bollywood debut with Dia Mirza-starrer "Rehnaa Hai Terre Dil Mein" in 2001 which gained him the "chocolate boy" title. Working with so many beautiful women can be a temptation for men but Madhavan had a strategy for that.

He shared: “I realised that there were many temptations — being in outdoor shoots in the company of beautiful women. I took Sarita everywhere I went. This way, she was around when I got introduced to actresses. I was never lonely during my outstation schedules. When Sarita sees me in a romantic scene, she knows the sentiments behind it are not real.”

Rules For Their Successful Marriage 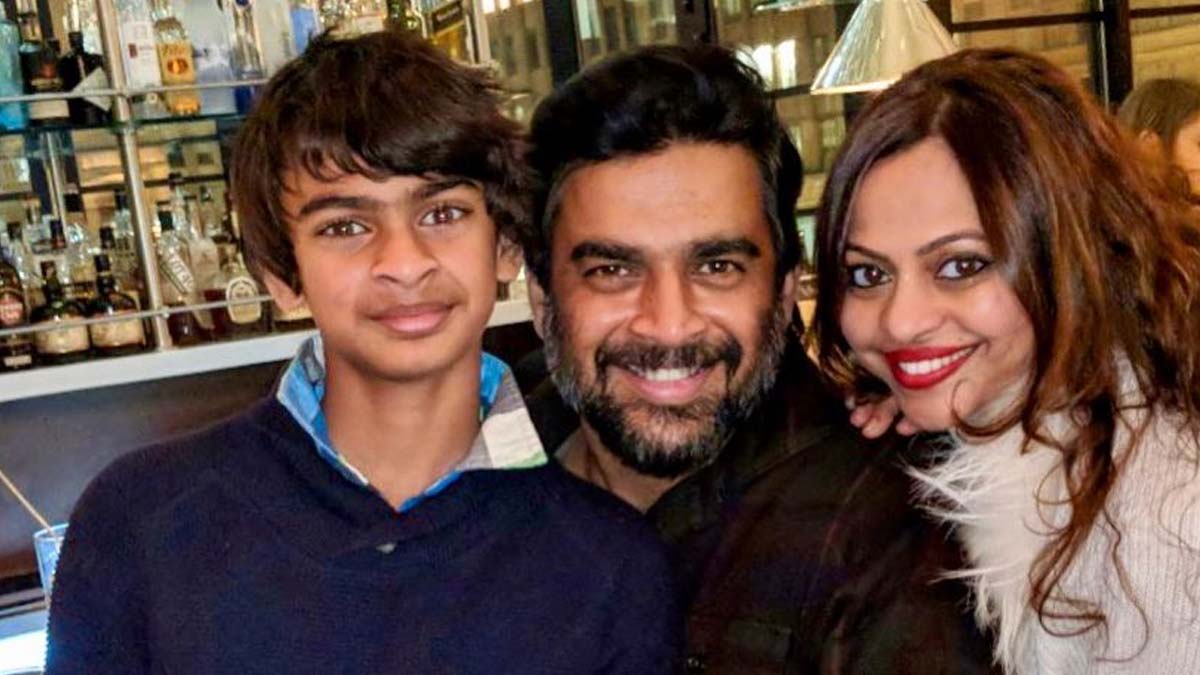 To maintain a balance in their married lives, the couple believes in transparency and honesty which takes a back seat in many marriages, eventually scratching out the lustre their camaradrie once had.

“I often leave my phone behind when I go out, or hand it to Sarita if I am busy. She has the opportunity to go through the texts or calls, emphasising that I have nothing to hide. This builds her trust in me.

“Hand over your money to your wife, as she can definitely look after it better than you. When you have an argument, don’t try to prove a point just because you are the man of the house. Look at the final outcome, and you’ll see that women always manage to wrestle a victory,” he added.

The couple also makes sure that they do some activities together but at the same time they balance it out by giving each other ample space so as to not suffocate each other. They play golf together and go on trips but also do things on their own with their friends. 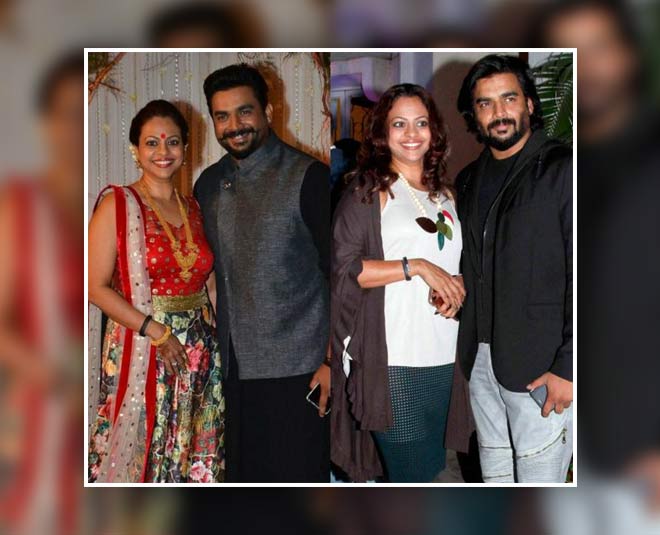 “We expect and allow each other to make mistakes. I am in charge of making the money, and she takes care of investment, keeping the home and planning our holidays. I defer to her in financial matters. I don’t ask her why or what went wrong that lead to any loss.”

Many couple ask each other too many questions and end up arguing which makes their relationship very toxic. Madhavan says they make sure not to do so.

“After so many years of marriage, too many questions only cause irritation. I never ask Sarita where she is going, with whom or when she’ll be back. She needs to let her hair down and she knows I want to be at home and nest. We don’t insist on going out with each other and neither has to explain who they are with.”

If this is not marriage goals then what is? Stay tuned to HerZindagi for more such "awe-spiring" love stories.