Priyanka Chopra And Nick Jonas Blessed With A Baby Through Surrogacy!

Priyanka Chopra and Nick Jonas welcomed their first child, and the news got us all in awe! The adorable couple took to their Instagram handles on Friday night to share the wonderful news with the world about the new blessing in their lives. The actress wrote that she and Nick are ‘overjoyed’ as they welcome their baby via surrogacy.

Both Priyanka Chopra and Nick Jonas took to their respective Instagram handles and wrote, “We are overjoyed to confirm that we have welcomed a baby via surrogate. We respectfully ask for privacy during this special time as we focus on the family. Thank you so much".

Priyanka Nick Desired For A Child

Earlier this month, in an interview with Vanity Fair, Priyanka reiterated her and Nick's desire for a child. "They're a big part of our desire for the future," Priyanka said. "By God's grace when it happens, it happens." Priyanka also acknowledged that she and Nick are definitely gonna have to "slow down" once the baby arrives, but that "[they]'re both okay with that.”

All The Jonas Brothers Are Parents Now! 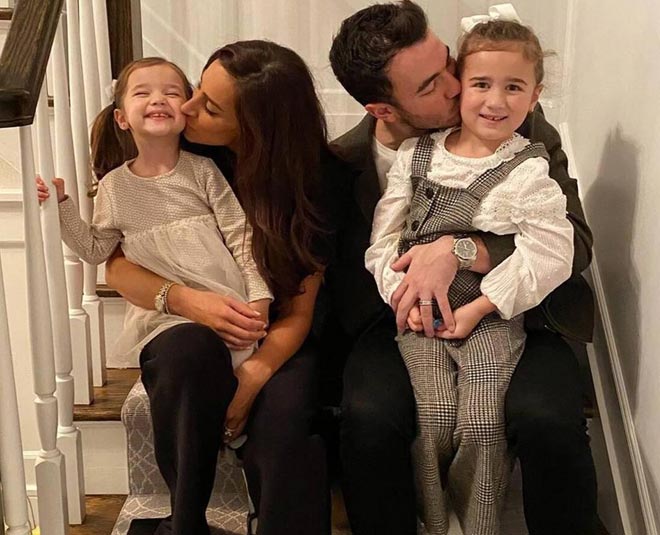 Nick has officially joined his older brothers Kevin and Joe in the dad club with the birth of his baby. Kevin and his wife Danielle married in December 2009 and have two daughters. Joe and actress Sophie Turner, who married twice in 2019, have a daughter together. The announcement of Priyanka-Nick's new bundle of joy comes just a few months after Sophie Turner gave birth to her and Joe Jonas' daughter, Willa.

Friends And Relatives Came Out In Droves To Congratulate

The news about the lovebird's new parenthood journey took the social media by storm. As soon as the baby announcement was shared, the global icon’s post was overwhelmed with likes and comments. Messages of congratulations from celebrities, friends, and fans from across film industries came in for the new parents.

The Pair Got Married In December 2018 Priyanka and Nick tied the knot in 2018 as per traditional Hindu and Christian customs. The three-day wedding of Chopra and Jonas took place in India at the magnificent Taj Umaid Bhawan Palace in Jodhpur. The palace, which covers 26 acres of land, is the world's sixth largest private residence. The celebrations began on November 30 and ended on December 2. The functions lasted three days, with one Indian ceremony, one Western Christian ceremony, and one day of Hindu wedding pre-rituals.

The couple first met in 2017 and took their romance public in 2018. They were engaged after just four months of dating.

Don't miss: Priyanka Chopra Criticizes News Referring To Her As Nick Jonas' Wife: 'Should I Add My IMDb Link To My Bio?'

We send our best wishes to the happy couple and wish that the baby is blessed with excellent health, love, and laughter.