Co-stars Kriti Sanon and Kartik Aaryan are currently shooting in Haryana for their film Shehzada, a Hindi remake of Allu Arjun and Pooja Hegde’s Ala Vaikunthapurramuloo. The actors are enjoying their time together while shooting and their pictures are proof. Sanon is celebrating her birthday today, and Aaryan took to Instagram to wish her.

At midnight, Sanon celebrated her birthday on the sets of Shehzada, along with her co-star Aaryan and the latter had an adorable wish for her.

In the picture shared by Aaryan, he is seen offering her birthday cake but he also revealed that she never eats cake. He wrote, “Diet Nahi todi ladki ne. Sirf pose kiya mere liye !! Happy birthday Param Sundari From Your Shehzada @kritisanon.”

Kriti Sanon was also quick to respond as she commented, “Thankkkk you! for having all the cake after posing!”

Fans loved the picture of the duo and flooded the comments section with adorable comments. One of them wrote, "You guys are made for each other,” while the other wrote, “This picture is so cute."

Fans were even suggesting that the duo should get married as one user commented, “You guys please get married,” while the other wrote, “So so cute... I wish you guys marry each other.”

Don't Miss: Ramya Krishnan: Beyond Baahubali’s Fierce Sivagami, All About The 'Liger' Star 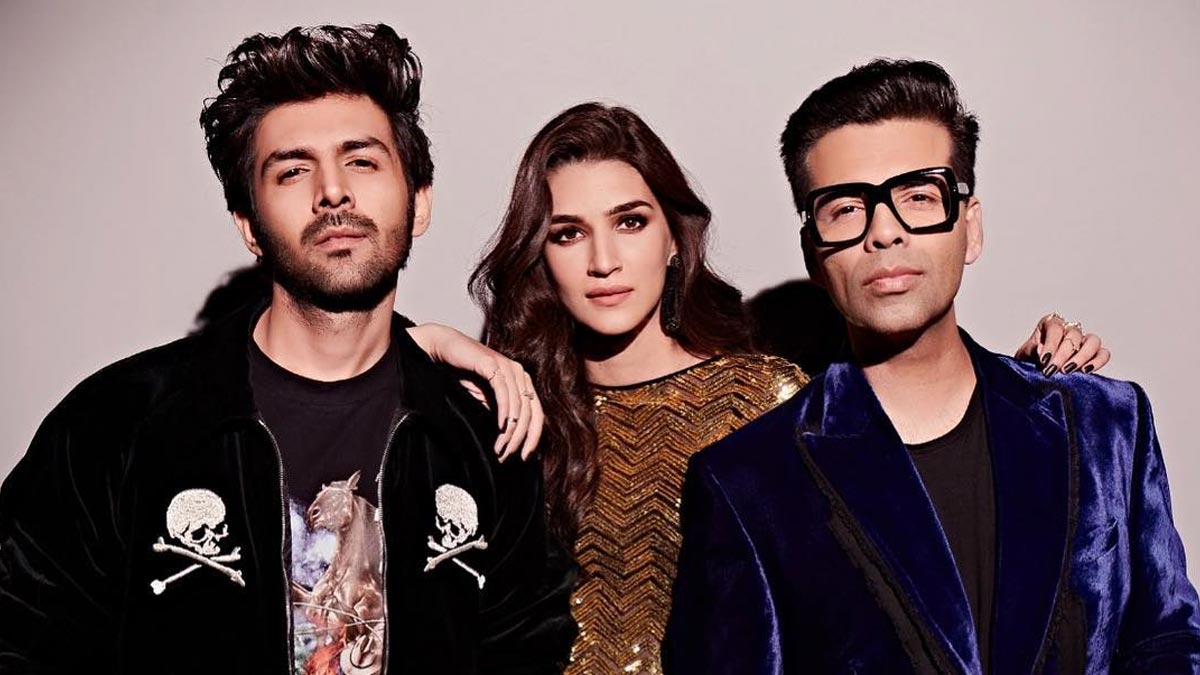 Before Shehzada, Kartik Aaryan and Kriti Sanon starred together in Luka Chuppi where the fans loved their chemistry. After this, Karan Johar brought the two together in season 6 of Koffee with Karan. Seeing the duo in their candid avatar on Koffee with Karan showed us that they share a great bond.

Kartik Aaryan was last seen in the hit film Bhool Bhulaiyaa 2 and his other film Freddy is all set to release. On the other hand, Kriti Sanon last appeared in Bachchhan Paandey and will next appear in Bhediya.

The two will appear together in Shehzada next. The film also stars Paresh Rawal, Manisha Koirala, and Ronit Roy and will hit the theatres in February 2023.