Kajol Buys 2 Lavish Properties Worth Crores In Mumbai, Here Are All The Deets

Bollywood is a glitzy world. Celebs work hard and live their life king size. Most celebrities like to spend their hard-earned money on buying luxe things including fancy cars, swanky properties, exotic holidays among others. If we talk of celebrity homes and properties, they cost a bomb.

Recently, actor Kajol has reportedly purchased two lavish apartments in Mumbai. According to a report by timesofindia, Dilwale actor has bought apartments in Juhu's Ananya building.

According to a report by Squarefeetindia, the actress has purchased two apartments on the 10th floor of the Ananya building in Juhu, Mumbai. As per the report, the apartments cost a whopping INR 11.95 Crores. She completed this transaction in the month of January. 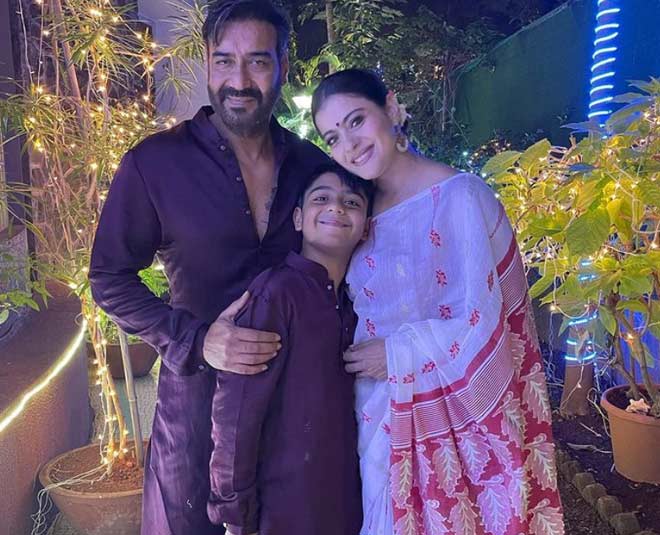 As per reports, the area of both the apartments combined is 2000 sq. ft. The report further suggested that the property documents had Kajol Vishal Devgn's signature on them with Tryksha Projects Private Ltd.

Reportedly, Kajol had rented out her property in Powai for INR 90,000 per month. This property as per a report by Money Control is spread across an area of 771 sq. ft and is located on the 21st floor of the Atlantis project in Hiranandani Gardens.

Currently, Kajol and Ajay Devgn live in an extravagant bungalow in Juhu. Their residence is called Shivshakti.

The house is beautifully done in shades of cream and brown and has a lot of wood detailing. Kajol and Ajay Devgn keep giving us a glimpse of their beautiful home through posts on their social media.

Other than this bungalow, Kajol and Ajay Devgn own many other properties in India and abroad. Ajay Devgn purchased a bungalow in Juhu for INR 60 Crores in the year 2021. The bungalow is quite close to their existing bungalow. The bungalow is situated in the Kapole Co-operative Housing Society in Juhu. The house was previously owned by late Pushpa Valia. The deal was finalised in the year 2020 but the property transfer was delayed due to the pandemic and was completed last year in May. Other than these properties in Juhu, Ajay Devgn also owns a lavish bungalow in London's Park Lane. Shah Rukh Khan too owns a property in this area. The bungalow reportedly costs INR 54 Crores.

On the work front, Kajol was last seen in the movie Tribhanga: Tedhi Medhi Crazy which was directed by Renuka Shahane. The movie also starred Mithila Palkar and Tanvi Azmi. The movie was released on OTT in January last year.

Kajol recently announced her next movie, Salaam Venky on her Instagram. Her Instagram post read, "Today we begin the journey of a story that needed to be told, a path that had to be taken and a life that had to be celebrated. We can’t wait to share this unbelievably true story of #SalaamVenky with you ❤️." The movie is being helmed by actor and filmmaker, Revathy.