What Is Halloween? Why Is It Celebrated? These Answers Will Solve Your Curiosity!

Off late, Indians have started celebrating this festival with zombies, scary makeup and Halloween food but do you know why it is celebrated? 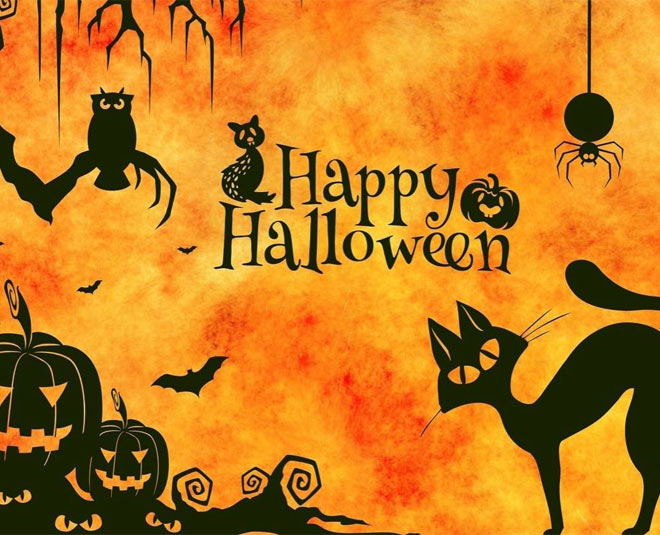 Halloween is a festival that is celebrated a lot in the West but now even Indians have boarded the bus where they party, take to scary makeup, prepare dishes using pumpkin, decorate and wear Halloween costumes. Every October 31st has an evening which actually dates back to the time when there were ancient Celtic harvest festivals.

Halloween means "hallowed evening," and earlier amongst the European celebrators, it was called All Hallows' Eve when they used to pay homage to the saints ("hallows" = saints). Interestingly till the 7th Century CE, All Hallow's Eve was celebrated on May 13. It was Pope Boniface IV who changed the date and that too to November 1st.

Why Do We Celebrate It On October 31?

We celebrate the festival on October 31 because the ancient Gaelic festival of Samhain, used to fall on this day. It was this time when seasons changed. Also, people believed that the boundary between this world and the next became thin at this time, when they could connect with the dead. This belief is present in many cultures.

On Halloween, the people would tell ghost stories and play pranks. They celebrated the harvest, tell each other’s fortunes, dance and sing. . just a little over two weeks left 🎃 already got plans for Halloween? let me know in the comments below! I'm just gonna stay at home, if I still got a "home" then, cry, watch horror movies, eat and hate myself some more...just the usual, ya know. but I hope y'all are safe and having fun and don't forget to follow me, @schauderhaft_ because today is likely gonna be the day my backup surpasses my main account. w t f

The History of Halloween Activities

Earlier there used to be a lot of activities and ritualistic ceremonies to connect to spirits, as the Celts were polytheistic. There are not many details known of their celebrations and the costumes they wore were simple like animal hides as a disguise against ghosts, sure there were special lay down dinners and feast, lanterns were made using gourds.

Then after some time slowly and steadily, Christianity came into the picture and the pagan undertones were lessened. The basic essence remained but the festivities and rituals evolved.

It became more fun and the concept of connecting with dead was replaced with telling the future. Apple bobbing became popular as a fortune-telling game where the fruit was selected to represent all of a woman's suitors. It also became a matchmaking opportunity for young women in the 19th century.

Many people would dress up as saints and recite songs or verses going door to door, including children. They would ask for "soul cakes," which was similar to biscuits.

Time for some #funfacts about #Halloween!⠀ The “birth place” of Halloween is...⠀ ➡ Ireland⠀ ∙⠀ The first Jack o’ Lanterns were made from...⠀ ➡ Turnips ∙⠀ Halloween is the 2nd highest grossing commercial holiday after…⠀ ➡ Christmas⠀ ∙⠀ The percentage of kids that prefer non-chocolate candy on Halloween is...⠀ ➡ 24%⠀ ∙⠀ It is illegal to ask for candy on Halloween if you’re one the age of 13 in...⠀ ➡ Bellville, Missouri ∙⠀ Trick or Treating evolved from an ancient tradition in... ⠀ ➡ Celtic culture⠀ ∙⠀ According to @Forbes, the most popular Halloween candy in the USA is...⠀ ➡ @Skittles⠀ ∙⠀ The amount of calories in the average bag of candy that one child collects on Halloween is...⠀ ➡ ~ 11,000 calories⠀ ∙⠀ Tell me YOUR favorite #Halloweencandy in the comments! 👇🏻

The candy-grabbing concept also became popular in the U.S. in the early to mid-1900s.

Don't Miss: This Halloween Celebrate With These Dessert Recipes