Hera Pheri 3 Is Coming Back With The OG Cast And We Are Rooting For It!

Producer Firoz Nadiadwala confirmed the making of the third sequel of the cult comedy film Hera Pheri and we can’t keep calm!

Firoz Nadiadwla told Bollywood Hungama, “You’ll get to see it very soon with the same star cast – Akshay ji, Paresh bhai and Suniel ji. The story is in place, and we are working on certain modalities. It’ll be made in the same way, retaining the innocence of the characters. We can’t take past achievements for granted. So, we have to be extra careful in terms of our content, story, screenplay, characters, mannerism etc.” 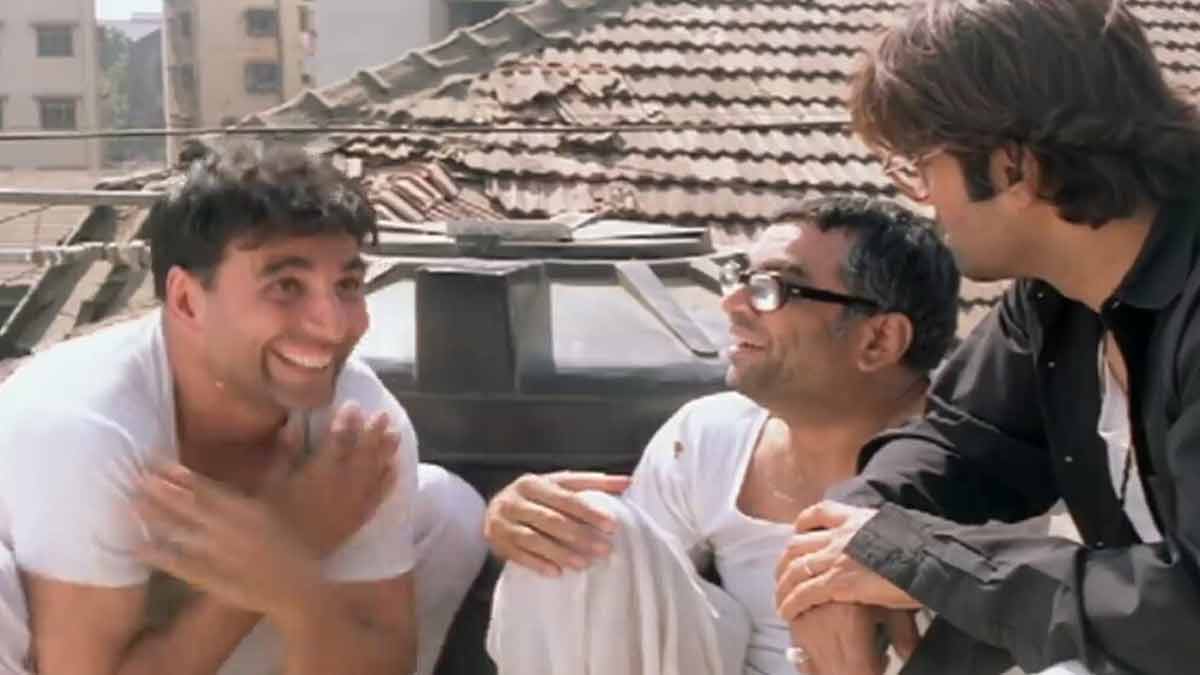 The film’s songs “Aye Meri Zohrajjabeen” and “Mujhko Yaad Sataye Teri” became an instant hit and rule the hearts of the youngsters.

Don't Miss: Is That Shah Rukh Khan We Saw In The Brahmastra Trailer? Twitter Is Abuzz With Theories The film has many dialogues that have become excellent material for meme and witty exchanges for the millennials as well as the Gen Z. "Zor zor se bolke sab ko scheme batade" and "50 rupaya kaat overacting ka" are just two of many oft-repeated dialogues from the film that have become a part of most millennial's diurnal lingo.

The plot centres around two tenants and a greedy landlord. They stumble across a ransom call over a cross-connection, resulting in a comedy of errors as they attempt to collect the ransom money for themselves.

The trio of Akshay Kumar, Paresh Rawal and Sunil Shetty in the film received much appreciation from the audience. Fans seem to be excited at the news of the return of the og cast!