Gauri Khan reveals with whom she will be appearing on Koffee with Karan.

Koffee with Karan is one of the most popular talk shows, and after a wait of several years, the show came back with its seventh season. This season the show has released 11 episodes, which are filled with gossip and entertainment. Recently one more Bollywood celeb announced that she will be making an appearance on the show soon, and it is none other than Gauri Khan.

Gauri Khan On Koffee With Karan

In a conversation with Mirchi Plus, the film producer and interior designer revealed that she will also be a guest on the show this season. However, this is not her first appearance on the show. She first appeared with her husband Shah Rukh Khan, Hrithik Roshan, and Sussanne Khan.

Since Gauri Khan has announced that she will be making an appearance on the show, netizens only have one question whether Shah Rukh Khan will accompany her on the couch again. Well, we have bad news for fans as she confirmed that she will not be coming with SRK. 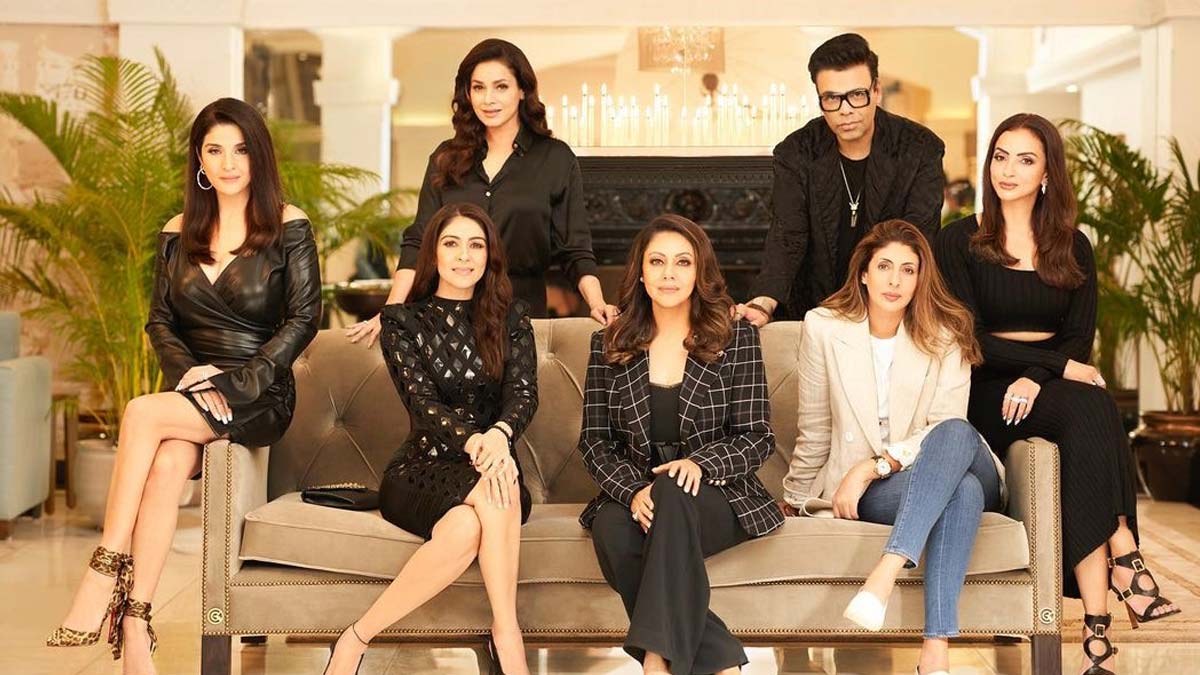 Gauri Khan said, “I am going to be on Koffee With Karan along with Fabulous Lives of Bollywood Wives.” This means she will be seen with Bhavna Pandey, Neelam Kothari, Maheep Kapoor, and Seema Kiran Sajdeh.

Gauri Khan was also a part of Fabulous Lives of Bollywood Wives. She made a guest appearance in the first season, while she had a significant part in the second one.

Don't Miss: 5 Korean Dramas Of Lee Min-ho That Are Worth The Watch

Gauri Khan recently dropped the trailer of her upcoming reality show, Dream Homes With Gauri Khan. The show will follow her giving  makeovers to the homes of big Bollywood celebrities.