First Time Voter: If We Do Not Vote, Then We Are Giving Up Our Rights

Her Zindagi talked to first-time voter Satarupa Sarkar, who is a Biomedical Science student. Here’s what she had to say.

As per the data compiled by the Election Commission, about 1.5 crore first-time voters will be coming out to exercise their right in the 2019 election that will be held in 7 phases beginning from April 11. And now a Twitter India survey has said that this constitutes over 90% of the eligible voters. As per Twitter statistics 7 out of 10 first-time voters in India think that they are making a contribution to the public debate by posting their views on the popular social media site. To know what’s going inside the mind of such voters, our series First Time Voter will ask such people about the issues that matter to them. For this, Her Zindagi talked to first-time voter Satarupa Sarkar, who is a Biomedical Sciences student. Here’s what she had to say.

How Important Is The Right To Vote For You?

Yes, right to vote is very important for me and it should be for every person of a country because voting not only enables the citizen to vote for political parties but it also helps us to realise the importance of citizenship. It is the best means of voicing our opinion and right to question the government about issues that concern us.  Voting is the way to express the opinion of a citizen in a democratic nation. Voting is crucial to activate the democratic process.

On What Basis Will You Decide To Vote For A Candidate?

Elections present voters with important choices. I would select my candidate not only by viewing their thoughts to eradicate poverty and providing basic jobs to the people but also on their opinion about terrorism, research and development, caste reservations, student loans, wildlife conservation etc. the candidate must lay valid points that he/she can fulfill in a 5 year term and not let us build castles in the air by fake promises. While debates are televised, they are often not as exciting as a sports event or prime time television shows, so I would also look at how they gain the interests of people. I think that a teen forum should be held in which candidates can state their points without political jargon and mudslinging, and teens could ask questions about what the candidate's plans are for office if he or she is elected. 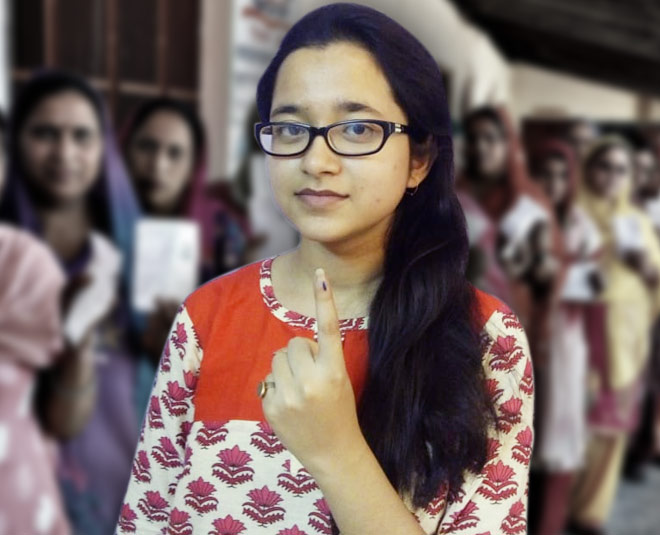 What Are The Issues That Concern You? What Changes Would You Like To See In Your Area And In The Country?

What Do You Think Of The Role Of Youth In Politics Today?

India is the biggest democracy in the world. The real power lies in the hands of the people who elect the people who rule the country. The elders make plans, policiesetc. but it is implemented by us i.e., the youth as today there are more new than established democracies. Youth has distinctive political interests, more inclined to change than older generations, more idealistic in their goals and less loyal to established traditions. Young people are often in motion, moving between education and work and have a broader perspective towards how to deal with problems. As for the youth of our country, they can contribute in more ways than by just contesting elections. Much can be done in areas like education and raising awareness about various social evils.

What’s Your Message For The People Who Are Saying They Don’t Want To Vote?

Voting is important because we are fortunate enough to live in a country where almost anyone can vote, and almost anyone can run to become an elected official. If we do not vote, then we are giving up our right to vote, and our right to criticise our government. The only way to change something we do not like in our government is to vote for someone who has the interest and support to change that issue. I also believe that young people need to get out and vote because otherwise our views will not be heard. We represent a new generation and need to elect officials who will consider our ideas when they vote on an issue. Voting sends our ideas all across the country, every vote counts and it does make a difference.

Read all about election 2019 on Her Zindagi. Stay tuned to know why women will be the deciding factor this year or about the all women’s party that’s set to contest.