Dhanush surprised his fans on Wednesday by unveiling his first look from his Telugu-Tamil bilingual ‘Vaathi’/ ‘Sir’. The teaser releases tomorrow.

The first look from the bilingual movie Vaathi aka Sir directed by Venky Atluri and starring Dhanush and Samyuktha Menon, was unveiled on Wednesday. On Thursday, the teaser will be released. The film is directed and written by Venky Atluri. Dhanush will be seen playing the role of a lecturer/teacher in Vaathi. In the poster, Dhanush can be seen pouring over books in a library under a table light. The movie is set to release in October. 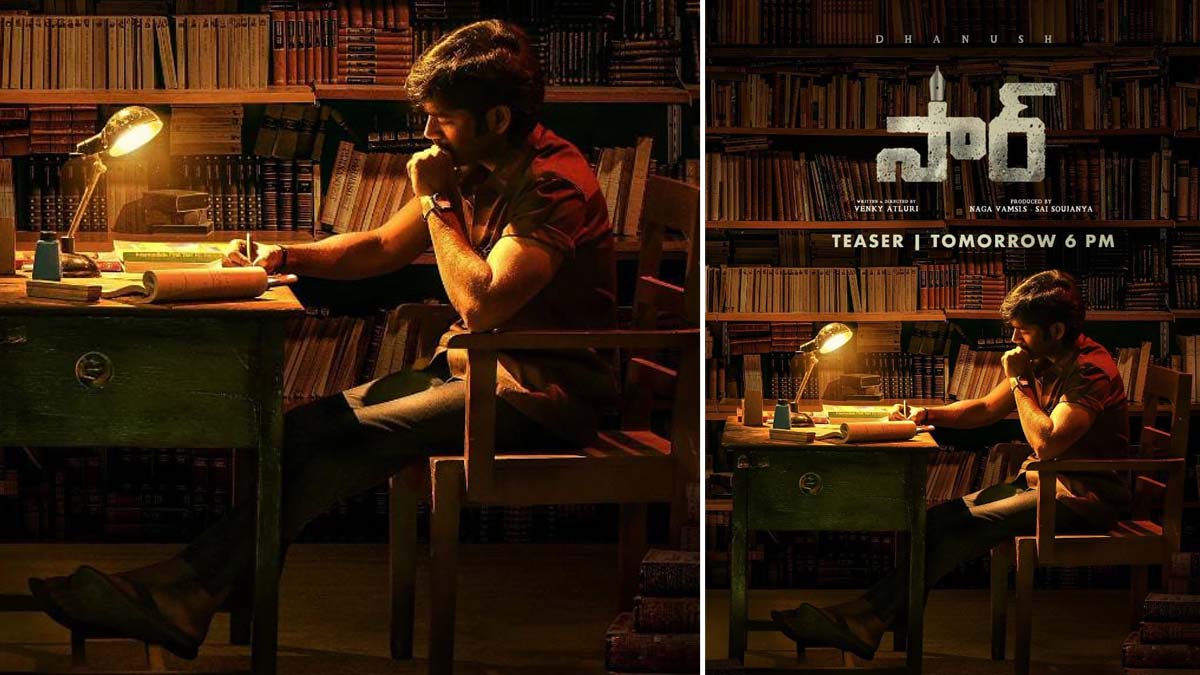 Venky Atluri said, “Dhanush will be seen as a lecturer in Movie Vaathi/Sir. The film revolves around the education system and is simultaneously being made in Tamil and Telugu. Dhanush’s unflinching support on the sets is indeed unbelievable. GV Prakash’s music and Yuvraj’s cinematography are among the major highlights of the film."

Taking to Twitter, Sithara Entertainments, the firm producing the film, tweeted the first look and wrote, "Welcome the versatile Dhanush K. Raja in and as 'Vaathi'/'SIR'. Presenting to you the 'Vaathi' First Look." The production house also tweeted that the film's teaser would be released on Thursday.''

The acclaimed project, which S. Naga Vamsi and Sai Soujanya are funding, started filming on January 5 in Hyderabad. The movie's original cinematographer was announced to be Dinesh Krishnan, who has worked on movies including "Soodhu Kavvum," "Sethupathi," "Thegidi," and "Maara." However, he decided against working on it, therefore Yuvaraj was hired as his successor. The film's music is being composed by music director G.V. Prakash Kumar, and the film's editing is being handled by National Award-winning editor Navin Nooli.

Dhanush will also act in the Arun Matheswaran-directed film "Captain Miller." The film, which is being presented by Sathya Jyothi Films' TG Thyagarajan and produced by Senthil and Arjun Thyagarajan, is set in the 1930s and 1940s. The film will have a G.V. Prakash Kumar musical score. Madhan Karky scripted the dialogue, while Shreyaas Krishna handled the photography. Tamil, Telugu, and Hindi versions would all be made available at the same time.