Interim Budget 2019-20: Women Entrepreneurs Give Us A Low-Down On What They Expect From This Budget

Know what some of the top women entrepreneurs are expecting from the budget this year. 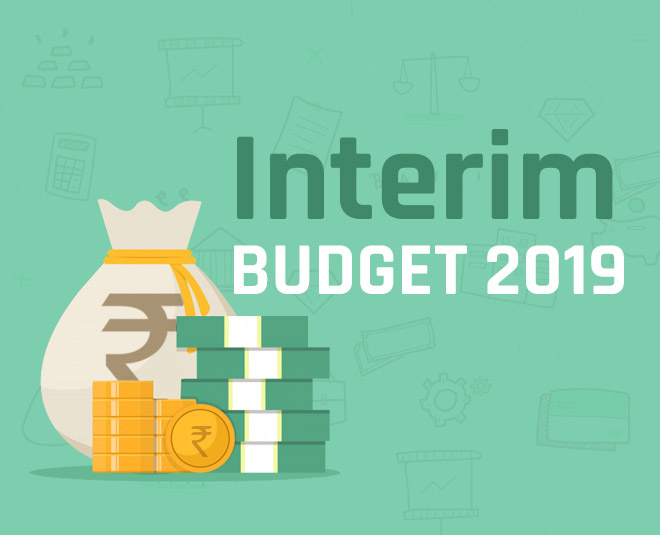 'Budget', the mere thought of this word makes us think Union Budget, Finance Minister and the black briefcase but rarely do we associate women with budget. Well, the question is why not? Since women have been the clear winners when it comes to managing the budget of a house, better than many experts and even apps (read: the likes of Mint, Hopper, mTrakr, etc.) so why is that women are either not considered before shelling out a budget as big as the country's or are kept as oblivious bystanders in some small development plan in one small part of the big list in its entirety?

Comes Feb, and we know that the Fiscal budget is all set to hover over our mind because honestly how much more expensive can a movie ticket be! The ticket might sound frivolous, but everyday things that women require and use like sanitary napkins, pregnancy kits, menstrual hygiene products and many others are ACTUALLY not! The absence of these products would not only cause women a mental and physical setback but an emotional and financial one as well. So here we are, trying to dig deep into a few women's minds-- to understand what they really expect out of the upcoming budget; ranging all the way from a sanitary napkin to bigger , graver concerns over girl child education and safer education and work environments.

So while the union budget of 2018 primarily focused on rural development, the gender budget report suggested that women were lagging far behind men in terms of education, economic opportunities, health, violence, discrimination and harassment – pointing towards gender disparity, which is known to hamper economic growth.

As the government is gearing up to present the Interim Budget of 2019-2020, we asked a few women entrepreneurs and leaders what they expect from the government in terms of budget, this year.

We reached out to Upasana Taku, Co-founder and Director MobiKwik, who said, “The year 2018 witnessed many announcements aimed at driving financial inclusion. The Finance Minister held great promise by doubling the allocation to Digital India to Rs 3,073 crore for the fiscal year 2018-19. In the upcoming budget, we expect more policies and reforms around the 'Make in India' and 'Digital India' initiatives to be announced. We are hoping that the budget will include announcements that enable cashless transactions via cards and mobile wallets. The government has recently announced the formation of Committee for Digital Payments and we are hopeful that it will continue to push digitization of financial systems that will encourage more consumers to do their financial transactions digitally. With UPI, India Stack, etc., the opportunity is huge. Also, I am hoping that there will be a more specific plan and budgets for connecting remote areas and villages through high speed optic-fibre networks and building Wi-Fi spots in tier-1/2 towns and cities. I also hope that the government will continue to focus on startups and provide incentives to those creating employment. Besides, I am hopeful that the draft data protection bill of 2018 stating ‘Data privacy - a fundamental right of every citizen’ is formed into a law this year.”

While Taku has her eyes set on initiatives planned for ‘Digital India’ and ‘Make in India’, Swati Bhargava, Co-founder of CashKaro.com has equal pay policy as one of her core expectations in order to create gender impact.

Here’s what Swati had to say, “As the sixth and final Budget of the incumbent BJP-led NDA government, I hope to see budget 2019 focus more on women-specific allocation under the MSME sector to promote women employment and eliminate hiring biases. Equal pay policies and initiatives for skill development programs for women could create an impact in this regard. The budget should also consider expenditure for better infrastructure and strengthening public safety for women. Compulsory anti-harassment training should be encouraged to ensure safer working environments.”

On the other hand, Kavita Deshpande, Founder of Little Travel Bug expressed her concern over the tax involved in the printing and binding of books - which increases the overall tax on books. "Although books are exempted from GST, printing and binding comes under tax which increases the price of books by 10-20%. It is important, to continue the initiative of keeping books tax-free and introduce Input Tax Credit (ITC) refund to reduce this increased cost. This will not only help publishers but also customers as books are a big source of well researched information. As a women entrepreneur, I am also very positive that the government will encourage women entrepreneurs by supporting them and providing easy accessibility to funds. The government has shown trust in women entrepreneurs and this year too the spirits are high. Encouraging the hard work by women is not only going to benefit the government but also our economy at large," said Deshpande.

Another entrepreneur, Shelly Luthra, who runs an online jewellery brand, namely, Ornatejewels.com, feels “Every budget gives us high hopes. This year, we are hopeful that startups will receive more support through tax reduction. We are looking forward for lesser import duty on precious metals. Duty on import material has been raised, it will be beneficial if it was back to pre-September 2018 levels as it’s hurting the business. An encouraging push, especially for women entrepreneurs, from the government towards accessibility of funds at lower rates, including taxes will help. This makes it easy for us to create more jobs. It has become more important now that women entrepreneurs get the limelight as times are changing towards a positive direction. Women are becoming more and more accepted at higher positions and as leaders in the business world. Celebrating women and giving them more equal and better opportunities in this budget will be a big contributor towards India's economy.”

Financial independence is a step forward in empowering women to live life on their own terms and in an endeavour to understand what a progressive legal foothold would look like, we spoke to Talish Ray, a lawyer and Project Director at Girlsgottaknow.in which happens to be a site for women aimed at an early-stage intervention for gender equality.

“Tax breaks for women returning to work force will prove to be of immense help. An alarming number of women drop out of workforce due to a number of reasons. Incentivising their return to work in the form of tax breaks will have a long term positive impact on the economy”, said Talish. She added, “Budgetary allocation for increase in awareness about women centric schemes would be good because the government has a number of schemes that have helped women but knowledge of those is still limited. Moreover, tax break for companies that have special focus on women would help a great deal.”

Also read: Now You Can Save A Lot Of Money Every Month With These Smart Tips

Having a man’s perspective to women needs and demands in the work sphere becomes inevitable considering that men for ages have occupied positions which weren’t available to women otherwise. On this note, we also reached out to a male entrepreneur to understand what it’s like to encourage a budget that encourages gender parity.

Akshay Verma, Co-Founder, FITPASS said, “There is a fitness crisis in our country. 1 out of 3 Indians is medically unfit and we need to fix this urgently. As part of our ongoing consultations with the Ministry of Finance, it is our recommendation that for Budget 2019 the government encourages people to invest in their own fitness. Expenses on fitness services/memberships should also be included under Section 80D to extend tax benefits like those currently given for medical expenses. So, instead of only helping people with tax benefits once they fall sick, we make fitness accessible and affordable for millions of Indians to stay healthy and contribute productively to the growth of the nation.”

And while we were at it, we also felt the need to check on the demands of a few women at our workplace and got chatting on what is it that they think the government should include in the budget this time.

Anjali, Product Manager at Jagran New Media, feels that it's high time that the government reduced prices of essential commodities. Prachi, another Jagran employee, says,"As our country’s women generally believe in keeping their savings intact in the form of fixed deposits and gold assets, the government should increase the interest rates on them so more women start keeping track of their own savings through a simple and uncomplicated financial medium--something that they're well-versed with.”

For the uninitiated, there were multiple women-centric programmes launched in the last fiscal budget including that of Maternity Benefit Programme which was meant for pregnant women and lactating mothers, Nirbhaya Fund meant to protect dignity and ensure safety of women, Ujjawala Scheme for providing LPG connections to women below poverty line, the popularly known ‘Beti Bachao, Beti Padhao’, Incentive to Girl Child for Secondary Education and many others.

One more day to go...and it’ll be interesting to witness a momentum (riding on all those voices raised last year to enable women to become more independent in a rather conducive manner) that is for women, by women!