Watch Video: Janhvi Kapoor Is Winning Hearts As She Helps A Poor Kid

Janhvi Kapoor was seen giving biscuit packets to a child and Twitter could not stop appreciating her act of kindness. 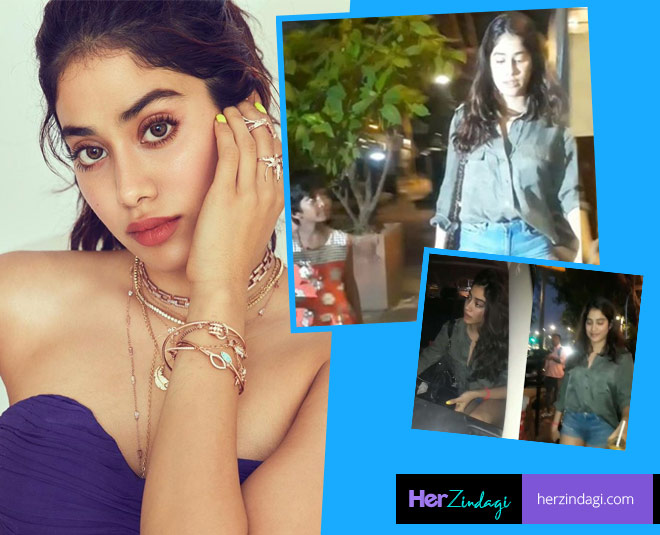 Janhvi Kapoor is here to stay and the headlines she makes is a testimony to it. Her frequent appearance in the casual attire and helping the ones in need, prove that the budding actress is free from vanity. Recently, the Dhadak girl was papped outside the restaurant as she helps an underprivileged kid. Just like rest of her simple and casual looks, she was seen wearing an army green shirt with a pair of blue denim shorts and sporting no makeup. As soon she walked out of the restaurant, a street kid approached her and asked her for money to buy food. She made no delay and presented the child with a pack of biscuits from her car. 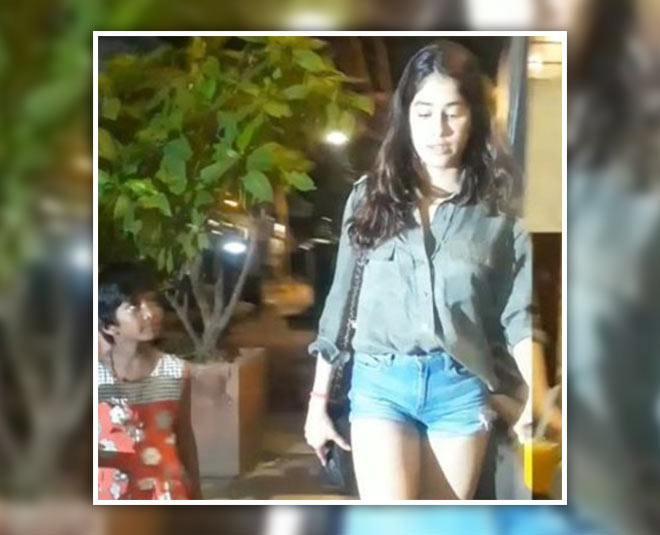 In a video, which is going viral on Instagram, Janhvi is seen telling photographers to turn off the cameras, but the paparazzi do not seem to pay any heed to her requests. She said, "Please 1 second ke liye camera off kar dijiye, Bahut ajeeb lagta hai har baar. (Close it for just a second, it feels really awkward when you film for every little thing)."

Impressed by her gesture, a fan wrote, "In days like these where, celebs ignore beggars and push them away, Janhvi is a blessing. She asks the paps to stop filming and that shows how genuine she is and how pure she's from the heart. She helps them in ways they can be truly helped and be happy. We need more people like her in this world." Another wrote, "She's such a kind hearted. Sweet heart. She clearly said that off the camera for few seconds. Why people troll her unnecessary. She's like her mom, always help poor children. Please appreciate & support her. She's such a nice human being."

However, this isn't the first time that the star kid has been caught on camera while distributing biscuits among the kids. A few days ago, Janhvi was seen giving biscuits to another underprivileged kid.

In the video, Janhvi is seen getting down from her car as a kid approached her saying Happy Diwali. The actress then walks back to her car and fetches two packets of biscuits for the kid. Later, a man is seen asking for money as it is Diwali. Then, she went inside and called underprivileged kid at the entryway and offered some financial assistance.

This is another instance when Janhvi Kapoor was seen helping a kid. In this video, Janhvi is seen heading towards her car as a kid repeatedly asks her to either buy a magazine from him or give him some money. As she gets seated in the car, she looks for her purse but she could not seem to find it. She then borrows some from her driver, hands it over to the kid and waves him goodbye.

What do you think about Janhvi's gesture? Share your views with us and stay tuned to HerZindagi for more such articles.