Bizarre Incidents That Had Social Media By The Hook!

You can expect people to go crazy when it comes to social media. Everybody wants to be a viral sensation today!

While everybody is busy using their phone, you will find people trying to make videos with the aim of going viral. Viral sensations over the internet have managed to make quite a name for themselves while some may have even gone on to become musical sensations with a great fan following.

Here is a list of viral incidents from the web that had us laughing out!

Teenage Girl Gets Harmonica Stuck In Her Mouth As bizarre as this may sound, a teenage girl got her musical instrument stuck inside her mouth. It seemed like she tried to eat it out.

It was a bad attempt on her end, surely. She did this all to entertain her cousin. The teenage girl in the video is a high school girl from Ontario, O’Brien.

She posted the video saying: “well… I shoved an entire harmonica in my mouth and it’s stuck now”. The video of her stunt got over 7 million views on TikTok and thousands of reactions.

Funny as it is, every time she tried to breathe, you could hear the harmonica make its melodious noise, which is indeed distracting yet a funny sight to witness.

Reporting Live From His Wedding

A journalist's job is never-ending. You can expect to get an emergency call, even if it’s 2 in the night. Reporting live from his wedding, this video of a Pakistani journalist made its way to the internet that caught a great deal of attention.

Hilariously, the journalist was seen covering his wedding as a live event!

Finding many videos in this thread, you will find the mother-in-law of this journalist to be giving an interview on how she feels about the wedding. How crazy is that? 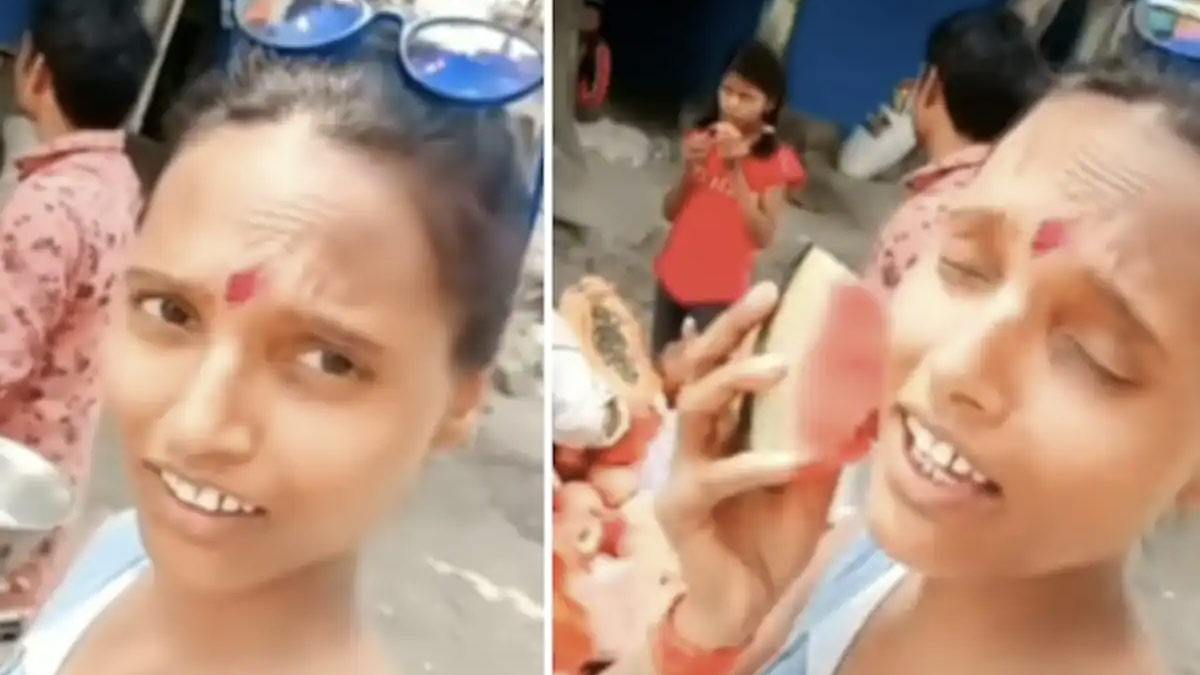 We are aware of prices going on a major hike in the country, but how can you use fruit as a cooler and also a food item at the same time? This woman was seen casually wiping off her sweat with the fresh watermelon she just got cut from the fruit vendor.

The wiping off of sweat wasn’t enough, she went on eating the same piece of fruit, which we call ‘extreme’. The woman may not have put a lot of thought into what she was doing, but we hope she realized it sooner or later. The way she asked the vendor was something that not only confused him but everybody on the internet.

She started by singing "Zindagi ek safar hai suhana." By the end of the video, she asks the fruit seller, "Bhaiya kaise tarbooz diye hai?” The video scored 4.7 M views and has been going viral ever since!

Can You Put A Cockroach On Your Face? 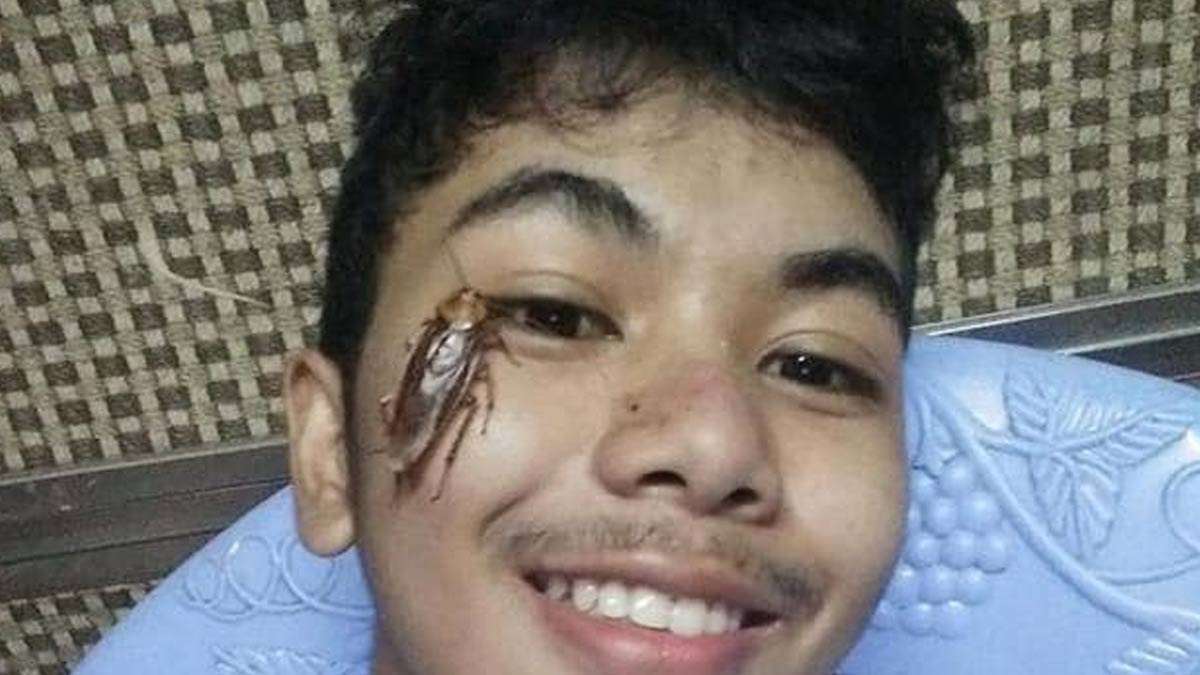 This trend has to take a place on the top for us, without a doubt. Like any other house, you could find a cockroach but would you want to put it on your face? These people went in and did something that was imaginable.

One woman could be seen putting a cockroach into her mouth. Is that something you would like to see? We wouldn’t but there are people over the internet that have been going crazy over this trend. It’s not a filter, but a real-life cockroach that has been placed anywhere on their face, while they grab a picture for their social media handle.

Read More - Times The Bride And Groom Turned Their Wedding Mandap Into A Battleground, See Videos

Dustbin Being Worshiped In A Temple 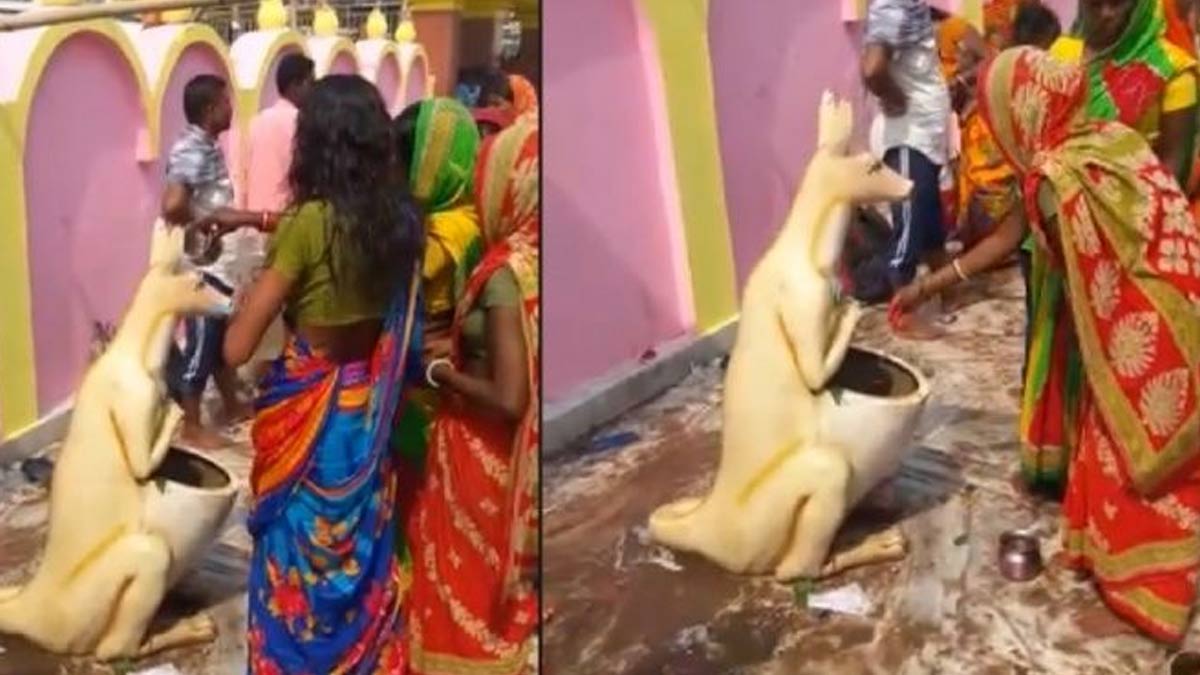 India has been known to be a sacred place to many Gods. The Hindu religion is said to have about 33 million gods, but did you ever imagine one of the gods to be a dustbin? A video of women worshiping a kangaroo-shaped dustbin went viral in the state of Bihar, and quickly caught the eye of everybody.

The women had mistaken the dustbin to have been a deity, while one of them was seen sprinkling ‘holy water’ too!

Could this be termed as blind devotion or just an accident that happened to go viral? Connect with us over our official Instagram account and drop in a comment. Stay tuned to HerZindagi for more viral stories and updates!