Sidharth Shukla has won the much coveted show! 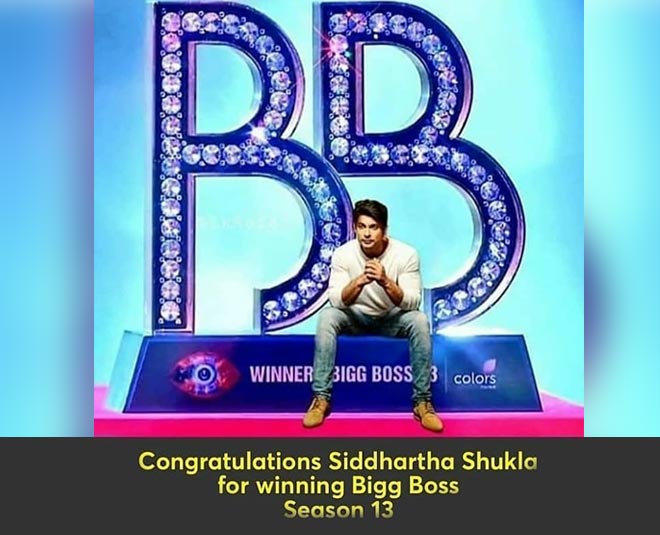 In the grand finale that took place on February 15, Sidharth Shukla was announced as the winner of Bigg Boss 13 by a massive count of votes. The roller-coaster ride that lasted for 140 days threw exceptional challenges at the contestants. Shehnaz Gill, Rashami Desai, Arti Singh, Paras Chhabra, and Mahira Sharma were out one after the other.

In the end, it was Sidharth vs Asim, the friends turned foe turned acquaintances who wrestled it out in the end.

The winner takes it all... loads of questions for #bb13 #biggboss13 winner #siddharthshukla #viralbhayani @viralbhayani

Even though Paras Chhabra opted to walk out of the house with Rs 10 Lakh, the first amongst the top 6 contestants, to do so, Google is announcing him as the winner of the controversial reality show.

The show hosted by Superstar Salman Khan had premiered on September 29, 2019 and let's just say how impressive this season has been with the right amount of entertainment, drama, and controversies. And surviving all kinds of madness inside the house, two contestants- Paras Chhabra and Mahira Sharma have already made their way to 'first final', or we can say 'mini-finale'. But we couldn't control our excitement anymore and eagerly wants to know who will bag the title of BB 13 winner. Well, if you simply google Bigg Boss 13 Winner, you will be shocked to see the winner's name. 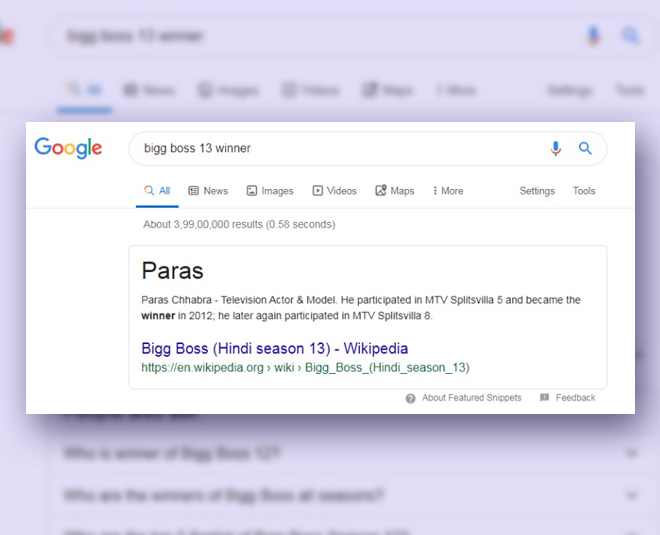 To go by what Google says, Paras Chhabra has taken the trophy home this year. Shocking, right? As per google search, the winner of Splitsvilla 5 is also Bigg Boss 13 winner. 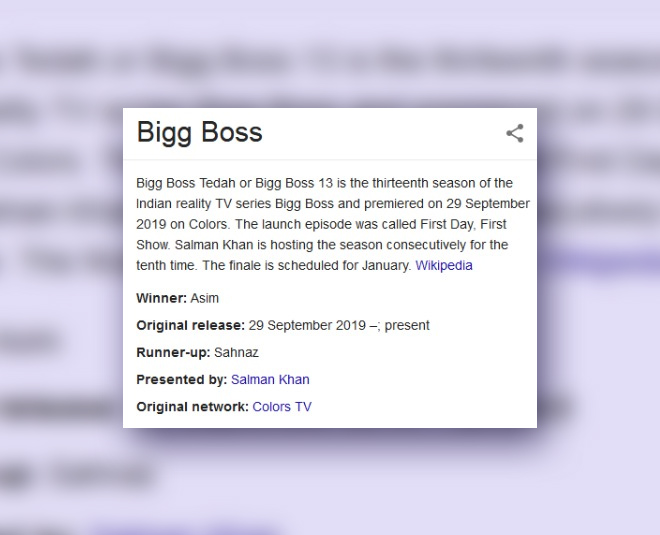 What's more? The search engine has also declared the runner-up of this season. If Google search results are anything to go by, Shehnaaz Gill will be this season's runner up, instead of Asim Riaz, who actually ended up as the first runner up. Shehnaz, the 26-year-old Punjabi actress, model, and singer, came as the second runner-up.

She first featured in the song 'Shiv Di Kitaab' which was sung by Gurvinder Brar. Then, 'Punjab ki Katrina' rose to fame with Garry Sandhu's song Yeah Baby, Majhe Di Jatti with Kanwar Chahal and Guri's song Yaari. She made her movie debut with Kala Shah Kala, starring Sargun Mehta, and Binu Dhillon. 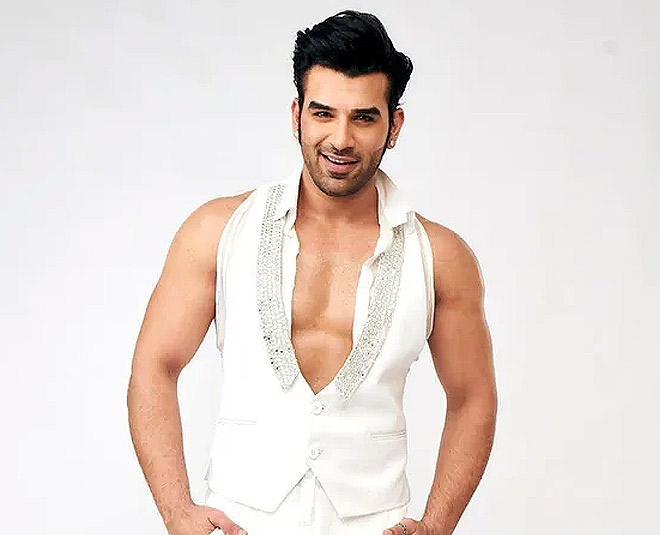 Coming back to Paras Chhabra, the 29-years-old actor made his television debut with the famous MTV reality show. He was seen in the Splitsvilla 5 and was also the winner of that season. He was also part of the Splitsvilla season 8. He has been part of many Indian TV serials such as Badho Bahu in which he played the character of Tejinder, Hamari Adhuri Kahani, and Karn Sangini.

Well, after the fun-filled finale that premiered on February 15, the winner is out in the open, but this search result seems quite interesting, to say the least. Share your views with us and Stay tuned to HerZindagi for more such articles.