We have managed to compile a list of some detective shows that can be binge watched for a fun filled weekend.

Amid the innumerable series and films released over the past few years, a genre that is often given a miss is detective thrillers. Especially when it comes to Indian filmmakers, rarely has there been much effort in this regard barring a few like TV serial and film based on Byomkesh Bakshi or Doordarshan crime drama Tehkikaat. We have managed to compile a list of some detective shows that can be binge watched for a fun filled weekend. Streaming on MX Player, Detective Boomrah is a rare experiment by an Indian filmmaker and thrives majorly on an intriguing plot and storyline. Boomrah, played by actor-director Sudhanshu Rai, is a detective who does not fear confronting the supernatural or the paranormal. When he goes to a Haveli-turned-heritage hotel in Rajasthan with his partner Sam to investigate the case of the missing man, he gets entangled in a web of mysteries. The cast includes Raghav Jhingran, Manisha Sharma, Shobhit Sujay, Akhlaq Ahmad Azad and Abhishek Sonpaliya, among others. A show with a complex yet absorbing storyline, Mare of Easttown has Hollywood star Kate Winslett playing the lead. Available on Disney+ Hotstar, the detective thriller has a plot that is deeply satisfying and would command the attention of the audience. The murder of a teenage mother and disappearance of a few others bring out the best of the detective inside Mare. The series stars Jean Smart, Evan Peters and Guy Pearce, among other popular names.

A detective character created by the legendary Satyajit Ray, Feluda has always been considered too brilliant to be portrayed on screen. If we recall correctly, yesteryear star Shashi Kapoor also tried his hands at the character but could not apparently receive the desired feedback from the audience. This time, Kahaani fame Parambrata Chatterjee brings to life Feluda on screen, with a case based on Satyajit Ray's novel Gangtokey Gondogol, which is full of mystery and suspense.

Don't Miss: Series That Every Couple Must Watch This Valentine's

Starring Johny Lee Miller in the lead, Elementary is a contemporary take on the iconic Sherlok Holmes. Also, Dr Watson this time isn't an ex-servicemen who happened to be Sherlock's roommate at 221B, Baker Street. In fact, actress Lucy Liu can be seen playing the role of Sherlock's accomplice in this series streaming on Amazon Prime Video. The series is about a detective, who is now a recovering drug addict and Scotland Yard’s ex-consultant.

Don't Miss: Then VS Now: Have A Look At The Grown Up Version Of Your Favourite Child Actors 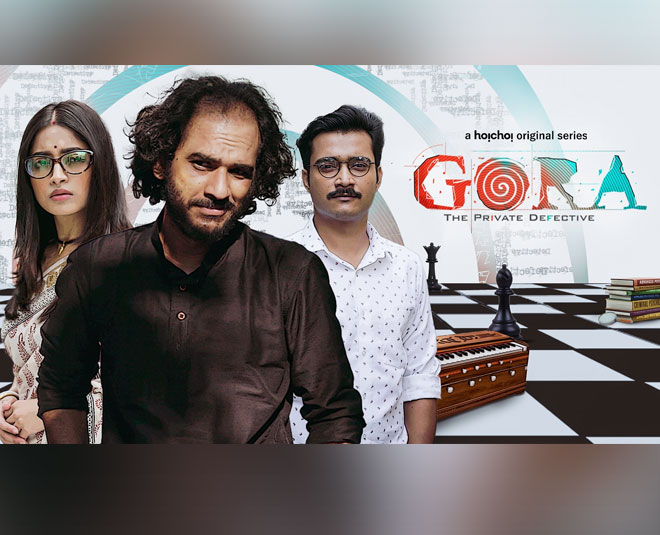 Gora is another brave attempt in the detective genre on the Indian screen. Ritwick Chakraborty plays Gora, who is a defective detective who takes up a case and keeps forgetting about it throughout the investigation. who keeps forgetting about the case he is probing. A serial killer is out to target the literary greats of Kolkata, and the only one who can help here is Gaurab Sen aka Gora. The show streaming on Hoichoi further stars Ishaa Saha, Abhijit Guha, Payel De etc.