Here’s a list of upcoming films that star Bollywood actors such as Amitabh Bachchan, Katrina Kaif, Ananya Panday, among others along with Tollywood ac...

With rising success of pan-India box office hits like RRR and Pushpa: The Rise, filmmakers are gearing up with more  films bringing Bollywood and Tollywood stars together. The box office collection of RRR was a little over Rs 275 crores  and Pushpa: The Rise crossed the Rs 300 crore mark across the country. On the other hand, Bollywood films like Akshay Kumar-starrer Samrat Prithviraj made a meagre Rs 65 crore approximately. Even though the Anil Kapoor and Varun Dhawan starrer Jugjugg Jeeyo did fairly well, it made Rs 79 crore approx after its fourth week.

Apart from films, even OTT shows, like the second season of the Amazon Prime original series The Family Man (starring Manoj Bajpayee, Sharib Hashmi, and Samantha Ruth Prabhu) saw a huge success across the country.

Here six films starring both Bollywood and Tollywood stars together in pan-India films that are coming to our theatres soon.

This pan-India film stars Vijay Deverakonda in and as ‘Liger’. Ramya Krishnan plays his mother in the film, and Ananya Panday is his love interest. The trailer of the film was released last week and is scheduled to release in theatres on August 25. The film marks the debut of Deverakonda in the Hindi film industry.

This upcoming film stars Katrina Kaif and Vijay Sethupathi, who predominantly works in the Tamil film industry, along with Malayalam and Telugu industries. Directed  by Sriram Raghavan, the film began shooting in December last year and Kaif recently shared pictures with Sethupathi from their rehearsals.

Directed by Vikas Bahl and produced by Ekta Kapoor under the banner of Balaji Motion Pictures, the upcoming film stars Amitabh Bachchan, Rashmika Mandanna, and Neena Gupta among several others. The first look poster of the film was released on July 23. The film marks the debut of Mandanna in the Hindi film industry.

Directed by Shantanu Bagchi and produced by Ronnie Screwvala, the upcoming spy-thriller film stars Sidharth Malhotra along with Rashmika Mandanna. The film was initially scheduled to release in June this year but got delayed and the new date hasn’t been announced yet. 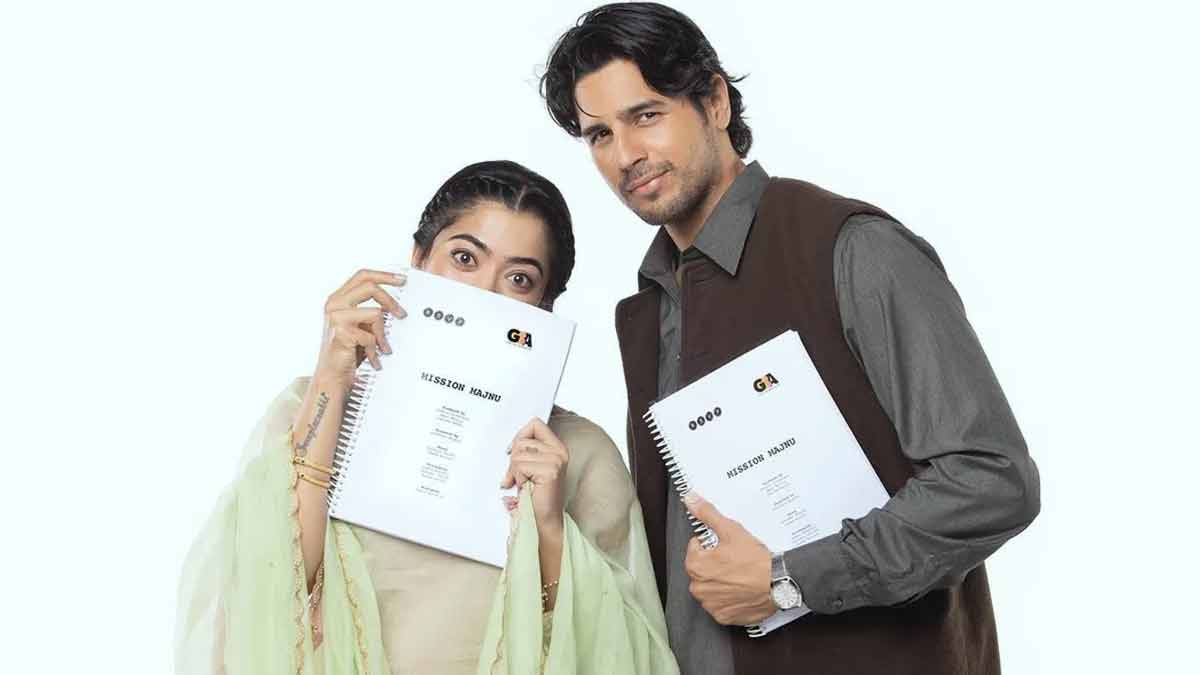 The upcoming Telugu film stars Dulquer Salmaan, Rashmika Mandanna along with Hindi actor Mrunal Thakur. Sita Ramam, which is a debut of the latter in the Telugu film industry, is scheduled to release on August 5. The teaser of the film was released on Monday. This upcoming yet-to-be-titled multilingual film stars Bollywood actor Deepika Padukone and Baahubali fame Prabhas in the leads. Directed by Nag Ashwin, who is known for the National award-winning Telugu biopic, the film is being called Project K for the time being

Earlier, in a statement, Ashwin said, “I’m very excited to see Deepika play this character. It is something no mainstream lead has done before and will be quite a surprise for everyone. The pairing of Deepika and Prabhas will be one of the main highlights of the film and the story between them, I believe will be something audiences will carry in their hearts for years to come.”

The upcoming Hindi mythological film stars Prabhas along with Bollywood actors Saif Ali Khan and Kriti Sanon, among others. Directed by Om Raut and produced by T-Series, the film is based on the epic, Ramayana, and is simultaneously shot in both Hindi and Telugu languages.

Celebrating the victory of good over evil! #Adipurush#Prabhas@ItsBhushanKumar@vfxwaala@rajeshnair06@TSeries@retrophiles1#TSeriespic.twitter.com/zx5NXseX0G