No! Your Clothes Do Not Define Consent For Physical Relationship!

Post #MeToo movement women in Ireland have taken to the roads and social media to protest the ideology that a 'woman's clothes define her consent for ... 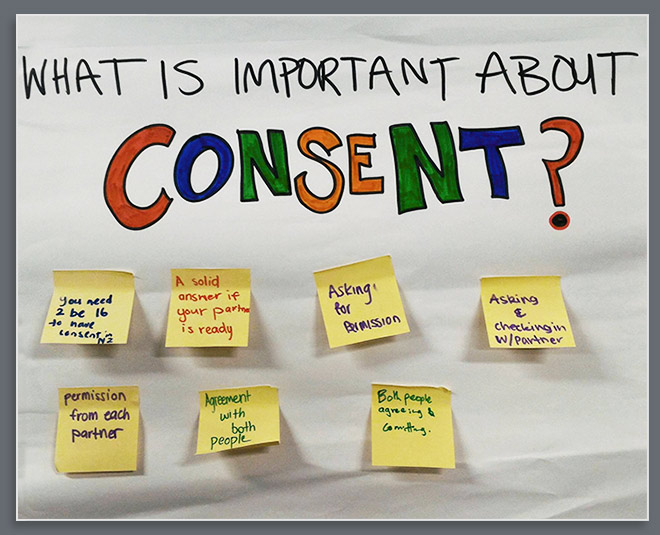 The trending Irish women's 'This Is Not Consent' tweets and the demonstrations in Dublin have picked up after the #Metoo movement wave that rocked the world. The #ThisIsNotConsent movement has women posting images of their underwears on social media with the hash tag, protesting the acquittal of a 27-year-old man in a rape trial.

During the trial, the man's defence lawyer, held up the accuser's underwear in court and said, 'Does the evidence out-rule the possibility that she was attracted to the defendant and was open to meeting someone and being with someone? You have to look at the way she was dressed. She was wearing a thong with a lace front.'

According to the accuser, the 17-year-old plaintiff consented to sex with the defendant because she was wearing a lacy thong. It set off an immediate wave of criticism, including from a member of the Irish Parliament. At a meeting of Dáil (one of the houses of Parliament), Coppinger similarly raised up her underwear but used the opportunity to call for a better legal approach to sexual violence.

Somehow I thought as a nation we’d progressed. Somehow thought that the laws and legislations against rape or any sexual assault had changed. That the judiciary system had evolved to be a more fair system. I somehow thought that victim blaming was coming to an end and rather than pointing the finger to an innocent Male/female in shame of their body being abused we’d begin to start pointing the fingers and shaming the perpetrators. From 2002 where a 15 year old committed suicide because her underwear had been used as evidence from the defendants attorney and subsequently found him not guilty, to 2018 where an Irish girl’s underwear has been used as a piece of evidence. I was wrong. As a society, as a justice system that we believe we can trust, it has not progressed. We’re still living in the days where it’s better to not speak up.. what a shameful way to live. #thisisnotconsent • #photooftheday #quotestoliveby #quotesaboutlife #society #metoomovement #sexualassualt #rapevictim #rapeculture #uk #ireland #suicideprevention #awareness #ibelieveyou #consent

Thousands of women across the world have come together and are rising against the thought which is presumed by many.  Questions like how does it matter? How does it matter whether it was a lacy thong or a granny-panties? Clothes do not define consent, are being asked on Instagram, Twitter and other social media websites.

There were protests in Cork, Ireland where panties were strewn on the steps to further emphasize this fact.

People have also debunked the idea that how could clothes mean consent, not just in this particular case, but in general, always. Why does it take so long to be heard?

The number of rapes happening in not just India but the world is growing and this ideology that women can be suppressed, humiliated and that they are a man's property needs to change. No one will come and help you until you raise your voice. The time is now! Take action now! Do not let anybody humiliate you! Speak up when you are being harassed, never take it.