Sonam Kapoor looks festive and beautiful in this red outfit, her jewellery is also well matched! Check out her pics. 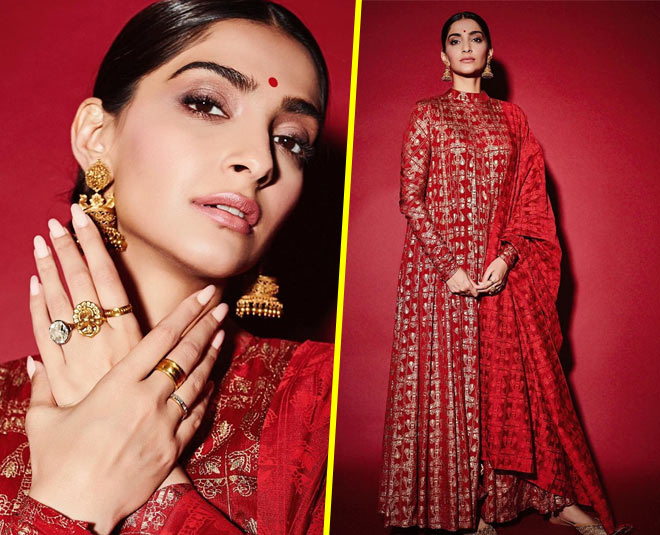 Our fashionista Sonam Kapoor looks good in anything she wears and it was obvious that she would look awesome during Ganesh Chaturthi as well and she lived up to her reputation 100 percent. She visited Andhericha Raja on Thursday to seek blessings of Ganpati and check out how she looked. 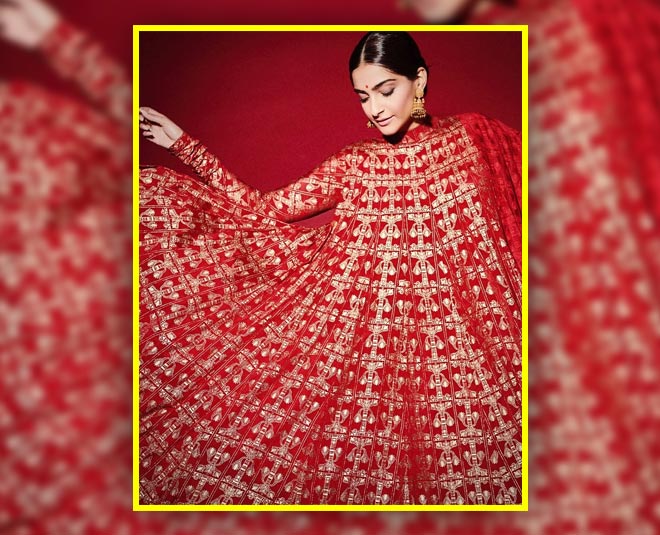 As for the hair she kept it in aa bun and wore Ganpati design earrings. 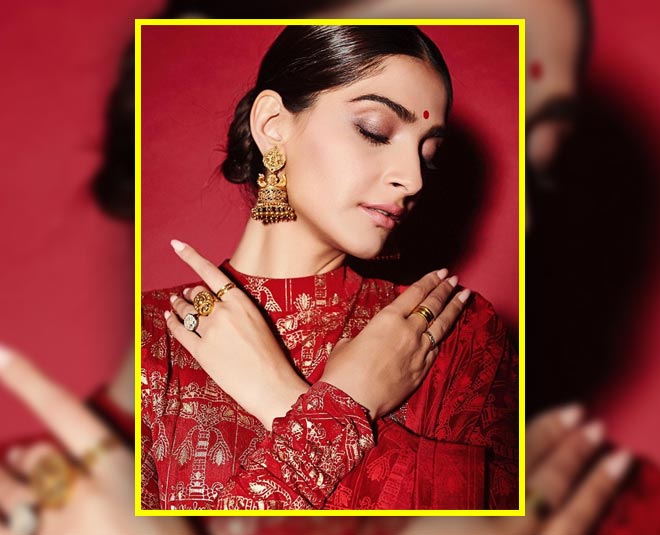 For the makeup, Sonam just worked on her eyes with a soft pink glittery eyeshadow and a red bindi. She has a little blush on just to add some colour to her cheeks. 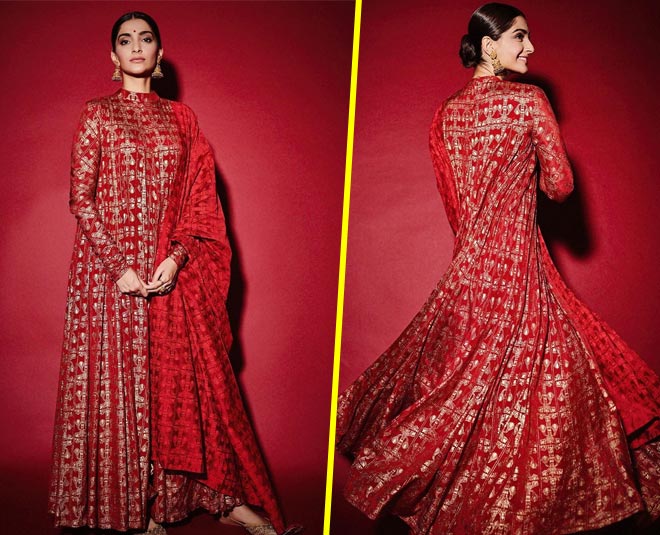 When she went for the arti, Sonam also whispered something in the ear of an idol rat, which is considered to be Ganpati’s vehicle going by the popular belief of communicating one’s wish to the almighty. She was also gifted a yellow dupatta during her visit to the pandal.

On the work front, Sonam plays Indian cricket team’s lucky charm in the film based on Anuja Chauhan’s 2008 novel, The Zoya Factor.

Earlier, In an interview, Sonam told a media agency: “The meaning of my name Sonam is ‘lucky’ and when I was conceived my father’s life actually changed. During that period, his films like Ram Lakhan and Tezaab did really well, so my parents think that I am very lucky for them. A couple of astrologers have read my janam patri (birth chart) and they said that I am lucky for the man in my life so, I don’t know. I believe a bit in luck but I believe a lot in destiny and everyone has to work hard."