Women brewers in India are shattering stereotypical norms every day. Read on.

It’s International Beer Day, and its celebration can’t be complete without getting acquainted with the female brewers who are making their way in an otherwise male-dominated industry.

Women are exploring this market and earning fame while doing it. It has shattered the preconceived notions that women can’t be brewers. The profile of female brewers will make you want to make the best of this International Beer Day 2022 by exploring craft beer.

While travelling extensively through Europe, Vidya Kubher spent a large amount of time in breweries that fuelled her passion for craft beer. In an interview with The Indian Express, she said her formal exposure was at Siebel Institute and Doemens Academy where she got her Master Brewer Certificate.

She said she enjoys every part of her job because it’s interesting. She said, “A day at work for me is like what a round of golf might be to some.”

Her biggest challenge was convincing her parents that she wanted to enter the ‘alcohol world’. However, she received support from the brewing industry across the borders of the fraternity.

She started her journey as a trainee with Mohan Breweries in Chennai. She had also worked with UB and SABMiller. She further went ahead to get trained in Scotland and gain in-depth knowledge of managerial and technical aspects of brewing.

Speaking with The Indian Express, she said the biggest hurdle she faced was convincing her orthodox family. Since brewing requires a lot of physical and mental labour, her loved ones were sceptical of her joining the industry. 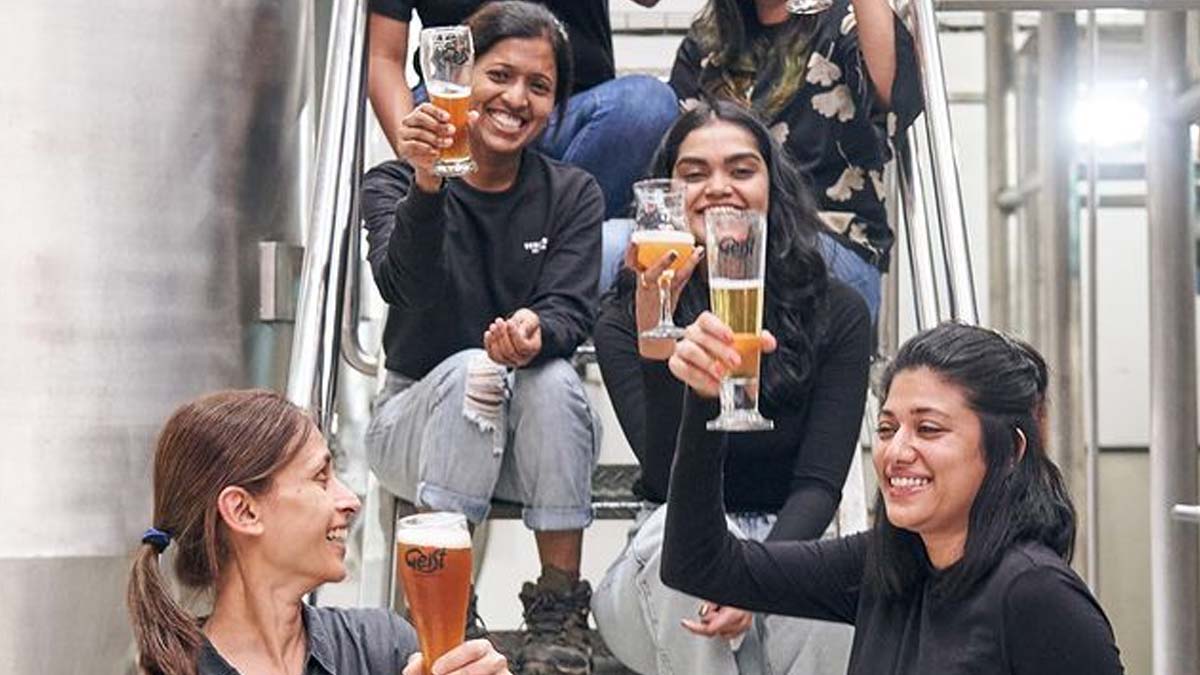 Varsha Bhat has always been a beer enthusiast who wanted to understand how the industry works. She initially worked as an assistant brewer at The Barking Deer, the first microbrewery in Mumbai.

In an interview with the Indian Express, she said, “For me, beer is a way of life. It’s a complete experience if you think about it. It’s sweet, bitter, and sour, just like life.

She also shared that back in historic times, it was women who brewed beer. She believes that though craft beer is mostly dominated by men, women can still make it.

Where Bhat works, it started as the first group of Indian women who not only brewed but also conceptualised and packaged their very own IWM beer. The collective was called Ladies Who Lager.

Many more women brewers are breaking stereotypes every day. They are proving every day that beer is merely a delicious beverage that has nothing to do with gender. More power to them!