Mysuru: A City To Celebrate Dussehra

In the city of Mysuru, the festival of Dussehra has long been celebrated with full zeal and grandeur. This fest which is popularly called Mysuru Dasar... In the city of Mysuru which was earlier called Mysore, the festival of Dussehra has long been celebrated with full zeal and grandeur. This fest which is popularly called Mysuru Dasara 2018, has the famous Mysore Palace illuminated with more than 97,000 bulb lights after dark! 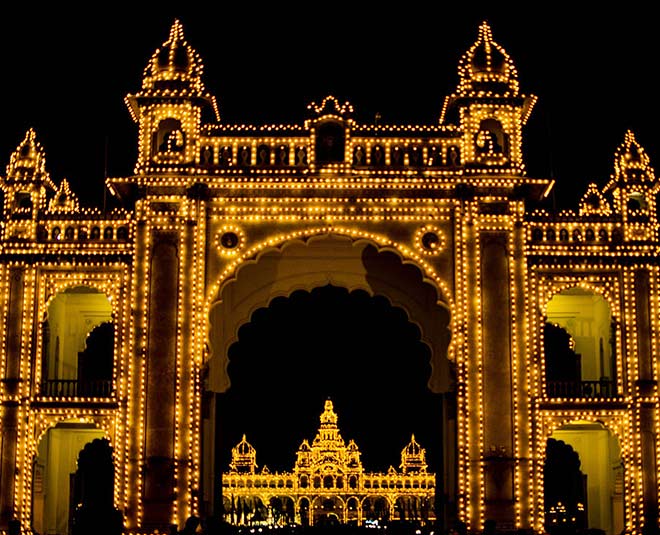 Dasara (Dussehra) can be described as the 10-day festival in South-India, culminating on Vijayadashami or tenth day.

The festival is celebrated with great enthusiasm and during this period, the whole of city undergoes serious changes and is decorated beautifully with street lights and decorated trees. It attracts a huge audience both from all over India and all over the world.

The palace is one of the most glorious and lauded pieces of architecture in India. During the Dasara, Mysore palace is illuminated for two hours (07:00 pm to 09:00 pm) on first eight days (10th Oct to 18th Oct 2018) and for three hours (07:00 pm to 10:00 pm) on Vijayadashami Day (19th October 2018) with 97,000 incandescent lamps that amplify its majesty and beauty. Thousands of visitors throng the palace on these days. 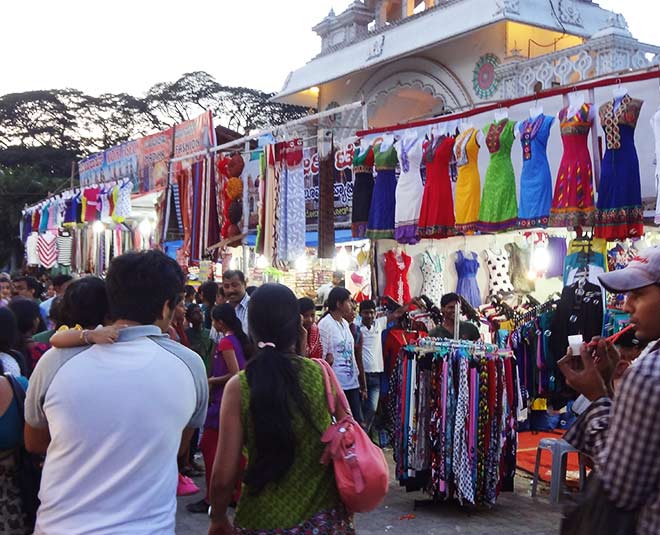 The Dasara exhibition starts during the Mysore Dasara and continues for around two months. It's held in the Doddakere Maidan opposite to the Mysore Palace. Dasara Exhibition is a huge fair where vendors sell all kinds of stuff like clothes, plastic ware, gifts, food and more. There are a number of rides and games as well.  You will see a lot of families and friends hanging out over here. The festivities are pure fun.

What's more? This year the exhibition is going to be a plastic-free zone and battery operated vehicles will be available for the elderly and the physically challenged! 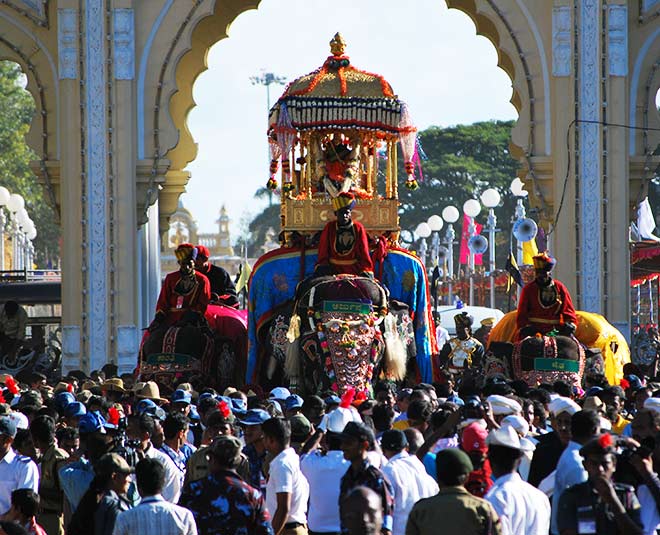 The Procession starts from the palace after the royal couple worship the idol. It consists of dancers, music bands, decorated camels and horses etc. The parade ends in Bannimantap, where the banni tree (Prosopis spicigera) is worshipped. The festivities culminate on the night of Vijayadashami with the torchlight parade held in the Bannimantap grounds. 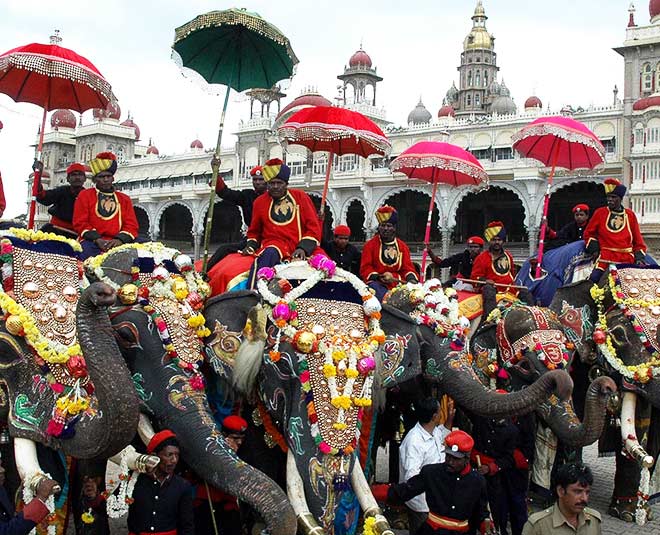 On tenth day of Dasara, a grand procession (Jamboo Savari) starts from the palace after the royal couple worship the idol. The main attraction this day will be the idol of Goddess Chamundeshwari which is carried in a Golden howdah weighing over 750 kgs on top of an elephant. You will see not just elephants but also a lot of dancers, musical bands belonging to state police, folk dancers, horses and camels.

The city also witnesses splendid fireworks, daredevil stunts on motorcycles by the Indian army and a laser show are part of the program.

The Mysore Dasara is worth the time, money and effort invested in it. So plan your trips to Mysore, India and witness the splendour and awe of Mysore Dasara and India.