Sawan Special: Visit These Shiva Temples At Least Once In Your Lifetime

India is the land of temples and there are many temples in India dedicated to the worship of this God but a few truly stand out because of their grand... 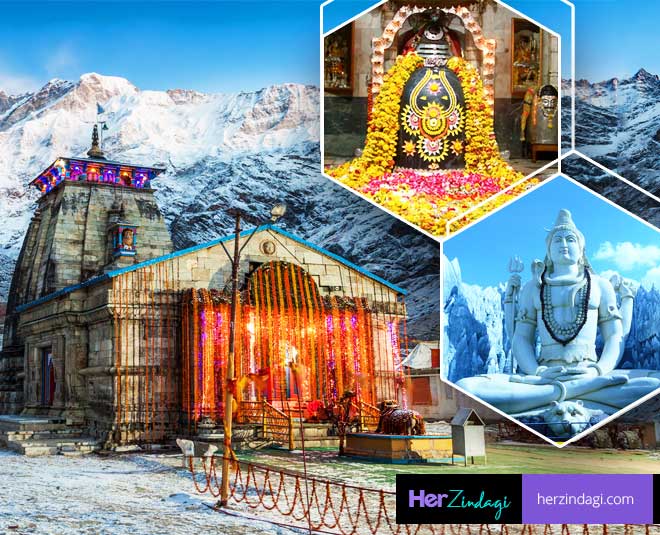 Mahadev holds a special place in the heart of Hindus. He creates, protects, transforms the universe and is also considered its soul. Shiva devotees celebrate Sawan every year and it is considered the holiest month in a year. This year it will start from July 17 and will continue till 15th August. To make this month even more eventful, people prefer visiting temples dedicated to Lord Shiva. Here are some famous temples which you can visit to worship Mahadev. 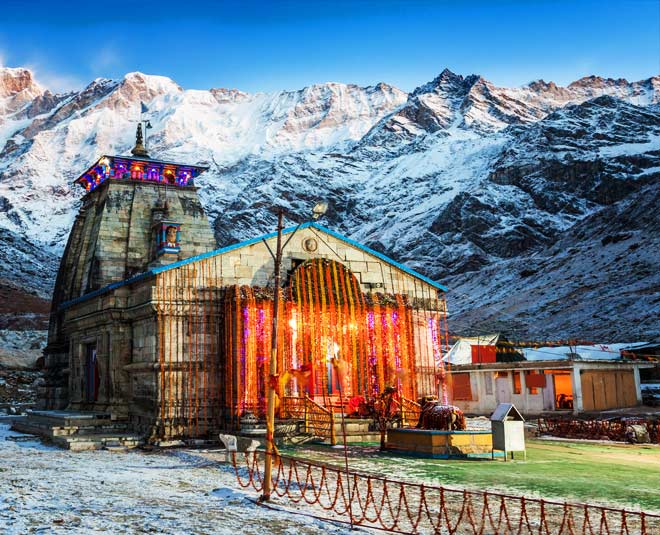 Visiting the Kedarnath Temple is a special experience that can be had only between April to November when it remains open. As per legend, the Kedarnath Temple was built by the Pandavas and it is the highest of the 12 jyotirlingas in India. Inside, a lingam of a triangular shape is worshipped by devotees. Legend also says that it is here that Kedarnath (lord of the land) released the holy water of Ganga from his matted hair.

How to reach: The temple can be accessed by trekking from Gaurikund which is 16 kilometers away. Gaurikund is connected to Rishikesh, Haridwar, and Dehradun by road. 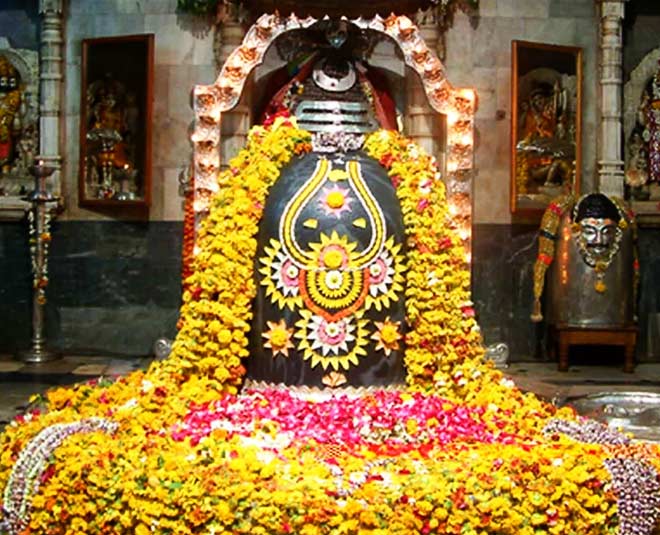 Located in the town of Prabhas Patan on the western coast of Gujarat, the shivling in Shree Somnath Jyotirling is the first Jyotirling that was established as per legends. Many invaders and rulers tried to destroy it but the temple was built again and again. Amazing isn’t it? Also, it is located at the Triveni Sangam i.e. the confluence of 3 rivers Kapila, Sarasvati, and Hiran. The origin of the Shree Somnath Temple is unknown but it was built for the second time around 649 CE.

How to reach: Take a train to get down at the Somnath station. From there, you can take a taxi to reach the temple. 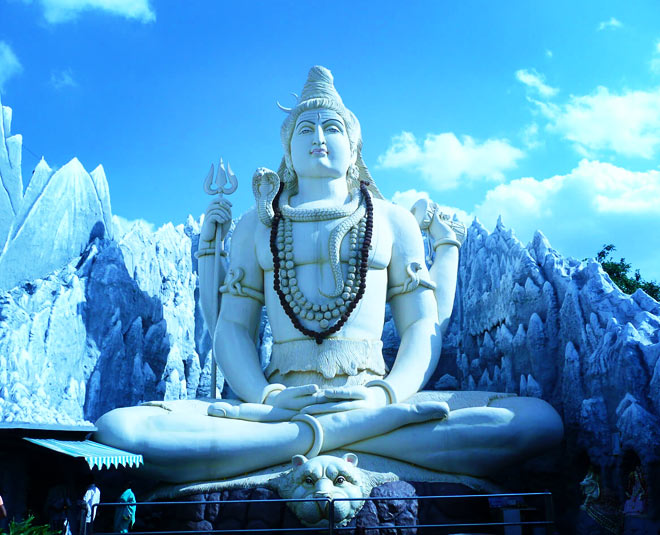 Situated in Bengaluru city of Karnataka, this famous Shiv Temple was is visited by over 5,00,000 devotees every year. It has a grand Lord Shiva statue standing tall at 65 feet while a 32-feet tall statue of Ganesha sits nearby. The beautiful idol of Shiva has a background of mountains reminiscent of the Kailash parvat which gives the whole place a very spiritual feel. The temple also has man-made caves where all the 12 jyotirlingas and chaar dhaams have been recreated for darshan. Apart from bhajans, light shows, and aarti, the Shivoham Shiva Temple also hosts midnight dhyana sessions from 12 am to 6 am.

How to reach: Located behind Kemp Fort Mall on the Airport road, the temple can be accessed via bus or taxi from the railway station.

Located on the bank of the holy Ganga river, the Kashi Vishwanath Shiv Mandir is another Shiva temple that been resurrected time and again after being destroyed by invaders. This temple has the distinction of being mentioned in the Puranas and it is part of a complex that has temples dedicated to several deities. It is believed that visiting the temple can help a person in attaining Moksha which is why it is visited by a large number of visitors every day.

Known as the largest and oldest temple in Odisha’s Bhubaneshwar, the Lingaraja Temple was built in the 11th century by the Somavanshi king Yayati I. Lord Shiva here is worshipped as Harihara – a form comprised of both Shiva and Vishnu. According to legend, there is an underground river that originates from this temple and fills the Bindusagar Tank. This water can heal illnesses of the body and the soul.

How to reach: The nearest bus stand is at Bermunda in Bhubaneshwar. The railway station is located 6 km away and the Biju Patnaik Airport is also at the same distance from the Lingaraja Temple.

If you are a true devotee of Lord Shiva then check out the trending #MahadevTwitter and share your favourite pics if you visited any of the Shiva temples.