Unhappy Marriages, Lack Of Agency: Why Suicide Rates Are High Among Indian Housewives

According to NCRB data spanning several years, housewives make up more than half of all female suicide victims in India.

Over the years, the data on housewives (higher than 50% suicide cases) has remained constant. The NCRB data for the four years leading up to 2021 show that,

Why Are Suicide Cases On The Rise Among Housewives? To learn the cause of the consistently high cases of suicide among housewives, we spoke with Dr. Ruhi Satija, a consultant psychiatrist and counselling therapist at cloud nine hospitals.

She spoke about the various challenges women have to face as homemakers, which could be contributing factors.

Being A Housewife Is A Hard Job

Becoming a housewife is one of the toughest jobs. It requires one to be constantly working. However, a lot of people disrespect this work.

Dr. Satija shared, “It requires 24x7 working hours as they have to take care of not only themselves, but also their family members, household, and other external needs that are required to run the family smoothly. But over time, in many cases, they become the last priority for themselves and everybody else in the family comes before them. This can have adverse effects.”

Mental health disorders often go undiagnosed or are discovered too late since people talk about them much later because they are reluctant to do so. Due to this and the fact that discussing mental health is still so taboo in our society, this is one of the leading reasons behind the high suicide rate among housewives.

“This has an adverse effect on both their physical and mental well-being. It often leads to chronic stress situations, which can come out in the forms of physical stress symptoms like diseases including diabetes, thyroid, and back pain as well as mental health disorders like anxiety, depression, insomnia, etc.,” said Satija.

How Many People Reach Out For Help?

Talking about mental health issues is still a big taboo topic in India. According to a survey by UNICEF, only 41% of young people in India between 15 to 24 years of age said that it is good to get support for mental health problems.

According to the National Mental Health Survey 2015-16, nearly 10.7% of the Indian population suffered from a mental health illness, with the treatment at more than 80% across states. The actual numbers could be much more than that as most cases get unreported.

He also mentioned that on the NIMHANS's mental health survey, the findings were alarming as 10% of Indians have one or more mental health problems.

Reports indicate that the proportion of female victims faced more ‘marriage-related’ issues like dowry, allegations of impotence or infertility.

Dowry, in which an amount of money or property is given by the bride’s family to the groom, is a major issue in India. In many dowry-related cases, brides are often tortured by the groom and his family for not bringing enough money, leading some women to die by suicide suicide to escape the constant torture.

The same is in the case of infertility-related situations. Women are subjected to torment for not being able to birth a family heir, and eventually, they end up killing themselves.

Another big reason for such a high number of housewife suicide cases is that they get stuck in unhappy marriages. In a conversation with BBC, Dr Vikram Patel, a leading Goa-based psychiatrist and professor at the London School of Hygiene and Tropical Medicine said that “Many women face arranged marriages by force. They have dreams and aspirations, but they often do not get supportive spouses. Sometimes their parents don't support them either. They are trapped in a difficult system and social milieu”.

Over the years, the number of couples heading for divorce through mutual consent has gone up significantly. According to Deccan Herald, the number of divorce cases went from 0.50 per 1,000 marriages in 1988 to 13 per 1,000 in 2019.

According to a study by anthropologist Sreeparna Chattopadhyay and economist Suraj Jacob, 0.11% of our population is divorced, and almost three times as many people are separated (0.29%).

According to several media reports, a spike in divorce cases was seen during the days of the COVID-19 pandemic lockdown. 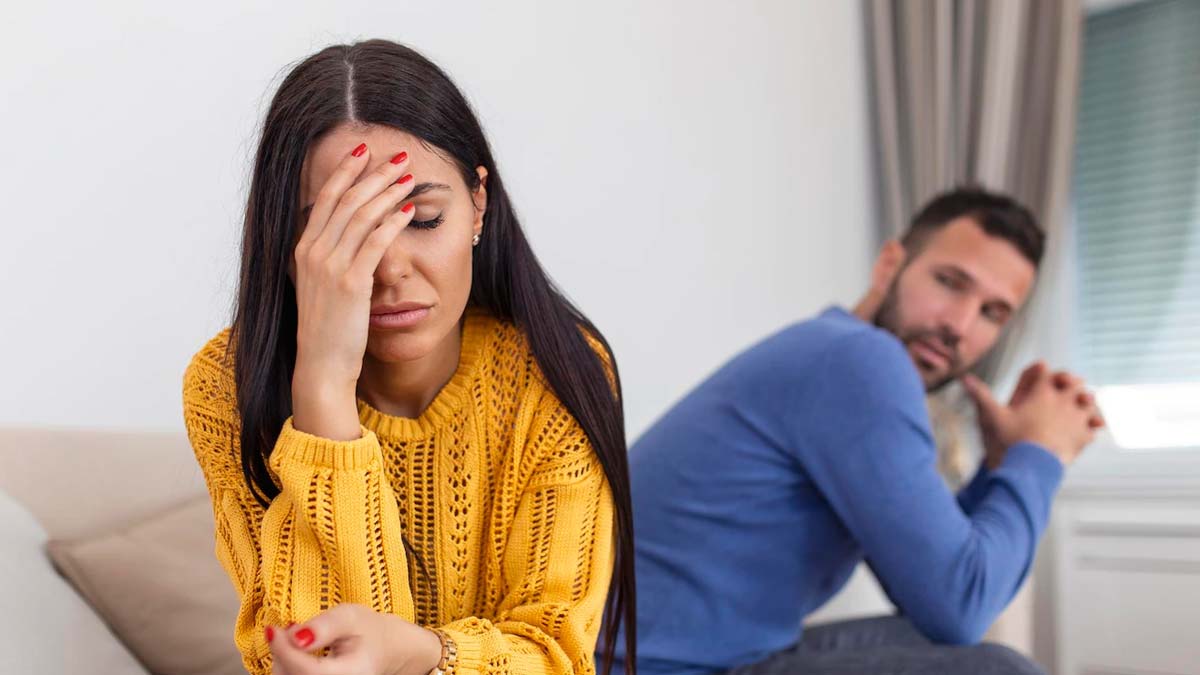 Dr. Satija points out four reasons as to why many housewives don't leave an unhappy marriage:

Divorce is difficult in our society. Especially for women, who are mostly financially reliant and have been caring for someone else's family for a very long time. This is because after being with a family for a long time, they start to identify themselves as a part of it and eventually lose their own sense of self. So, leaving a bad marriage involves more than just looking for a better place to live or financial security; it also involves finding out what life is beyond this family and who this person is if they are not the housewife. So divorce is a complex issue on a personal level.

Society also makes it very difficult to take this step because of all the stigmas associated with divorce. It carries with it harsh judgements that some women are afraid to face because they haven’t been provided with the tools to do so.

The Feeling Of Helplessness

They have a sense of helplessness because of not being independent and self-sufficient and not having any support. This makes the choice to walk away much more challenging.

Guilt When Children Are Involved

It can be challenging for women to file for divorce when there are children involved because they feel guilty about putting the child through hardship due to the divorce. They get concerned about the effects it might have on their child and how the child will be raised in the future.

So, the decision of divorce is often based on more than just how the woman feels about the husband or about the marriage;

However, actually staying in an unhappy marriage just for the sake of the children can cause more harm to them than leaving the volatile situation.

Effects On Children Of Parents In Unhappy Marriages

“Divorce is difficult for anyone to handle, especially for children. However, several studies show that it is better if the child stays in a happy home with a single parent rather than being in an unhappy home where both the parents are constantly fighting with each other or disrespecting each other,” said Dr Satija. She added, “This is because the long-term trauma of being in an unhappy family has major consequences.”

Effect Of A Mother's Suicide On The Children

Dr Satija discussed the impact a mother's suicide had on the children.  She said, "When a person dies by suicide, it impacts society on multiple levels. It is difficult for the close family to accept that someone has gone through this, and when the child sees their parent dying by suicide, especially the mothers, who are often the primary caregivers in the family in most cases, it shakes them.”

She added, “The trauma is not just about dealing with it or a temporary response, but it changes one's brain in multiple ways.”

She also discussed the potential long-term effects on children. "Having such a traumatic incident at a young age typically leads to the biology of the brain to be impacted. Traumatic thought patterns can develop. They may grow up not being able to trust relationships, not being able to find hope in life, and not being able to get past the incident," she said.

Dr Satija mentioned common mental health disorders observed in such cases. According to her, PTSD (Post Traumatic Stress Disorder), depression,  anxiety disorder, and addictions are the most common conditions found in people, who have had a parent who died by suicide.

Places With The Most Housewife Suicide Cases