Varun Dhawan married Natasha Dalal amid privacy and closest of friends, family and here is their first pic! 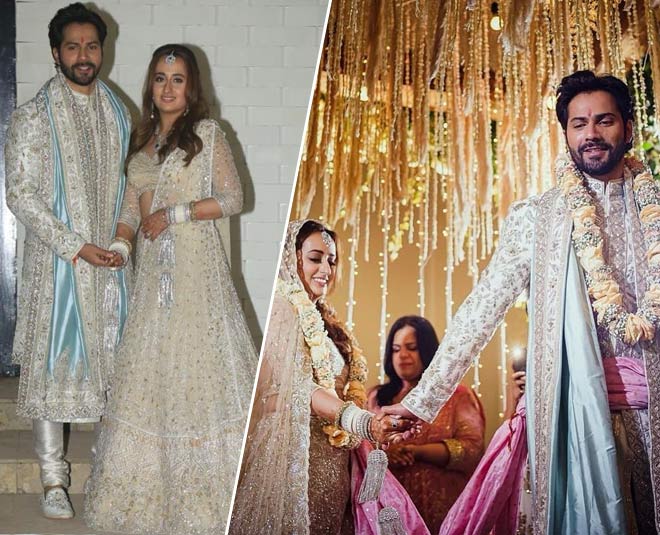 The love birds are finally wed amid the hush-hush celebrations but Varun's fans can't keep calm! Varun Dhawan and Natasha Dalal who have known each other since school got married amid close friends and family at a beach facing resort in Alibaug on January 24. Reportedly, the duo was planning to get married in May last year but due to the pandemic, the date was pushed.

Varun and Natasha had their sangeet ceremony on Saturday and they had a super tight check for the security of their privacy. Even the hotel staff was not allowed to bring in their phones! An Instagram post by Filmfare said that "stickers are being stuck on staff members' mobile phone cameras which, if removed, will immediately alert security.

The couple poses for the paparazzi that had been waiting for them since morning. 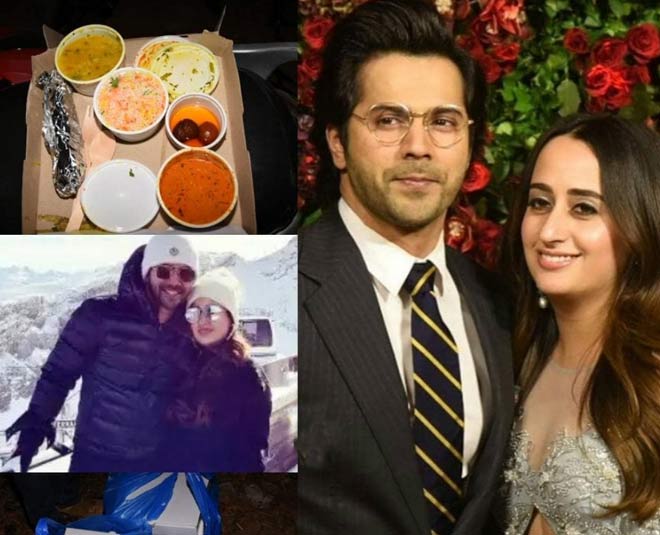 The wedding had guests like Karan Johar all decked up in white, golden and black, Ace designer Manish Malhotra as well was clicked in white and black fusion outfit. Kunal Kohli as well shared a click with Manish at the venue.

Speaking of the wedding decor, Pinkvilla shared glimpses of what was happening outside. They had an acrylic sheet with the words "Awkward but enthusiastic dancing" which can be seen carrying inside by two boys helping in setting up the dance floor probably. They also shared a video of dhols being carried inside.

As per a report by Times Of India,  the menu comprises Lebanese, Mexican and Indian cuisines. The couple is also throwing a reception or a party on February 2 at JW Marriott, Mumbai.

About the couple's story, well nothing is a secret, as Varun has somewhere always said it out loud that his heart is just with Natasha ever since he saw her at a basketball court when they were still teenagers.

Varun had also shared on Kareena Kapoor Khan’s show "What Women Want", that Natasha Dalal rejected him three-four times. He said: “I actually met Natasha in the 6th standard. We were friends till 11-12th. We were very close friends. I remember seeing her for the first time. We went to Maneckji Cooper. It was on the basketball court that I saw her and I fell in love with her that day. That was it! She rejected me 3-4 times, but I didn’t give up hope.”

Given the secrecy of the celebrity couple's wedding, Virat Kohli and Anushka Sharma's wedding comes to mind and the pictures the latter shared were beautiful!

Wishing the love birds a lifetime of happiness, stay tuned to HerZindagi for more on the couple's reception.