Akash-Shloka wedding: Here are 12 unseen pictures of the soon-to-be ‘Choti-bahu’ aka Radhika Merchant

Meet Radhika Merchant, the next Ambani in line looking nothing less than a treat to the eyes in an orange lehenga at brother-in-law Akash’s wedding 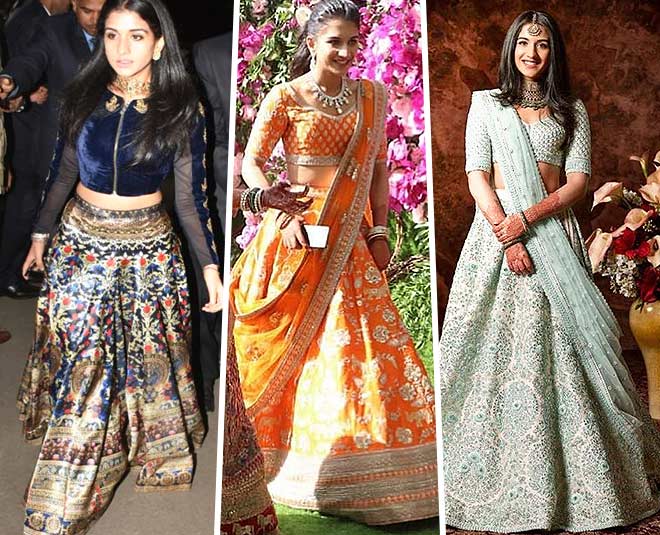 The celebrations are in full-swing in the Ambani-Mehta household and we can't stop gushing with the candid moments our very own B-Town celebs have been giving us! Right from the King of Bollywood, Shah Rukh Khan grooving to the tunes of dhol in Akash Ambani’s baraat with wife Gauri, to KJo’s thumkaas; it seems like Bollywood came to a halt, considering they ALL made it to the biggest extravaganza of the year—Akash Ambani and Shloka Mehta’s wedding on March 9.

With her vibrant orange lehenga there’s no second thought that Radhika looks resplendent. She opted for an elaborate ghera with elephant and floral motifs with a gold polka-dotted choli and a matching dupatta. With a stunning diamond necklace, she completed her look with matching earrings. She topped off her look with a thin stroke of eyeliner and oodles of mascara. With a soft sweep of highlighter, Radhika completed her look with brown tinted lips. She finished her look by pulling her hair back into a puffy ponytail, making it a great mix of conventional and glam. Standing tall and pretty in this Ambani picture-perfect frame, Radhika Merchant looks nothing short of class! With over some thousands of crores spent at Isha Ambani's wedding, followed by something similar in case of Akash's wedding ceremonies, we’re now eagerly awaiting Ambani Jr’s wedding (Anant) to take up the stakes with his wedding to this beauty, next in line!

This is not the only time we’ve got to lay our hands on the pictures of this pretty lady, so here’s a quick flashback to Radhika’s images from the Internet that leave us asking for more! 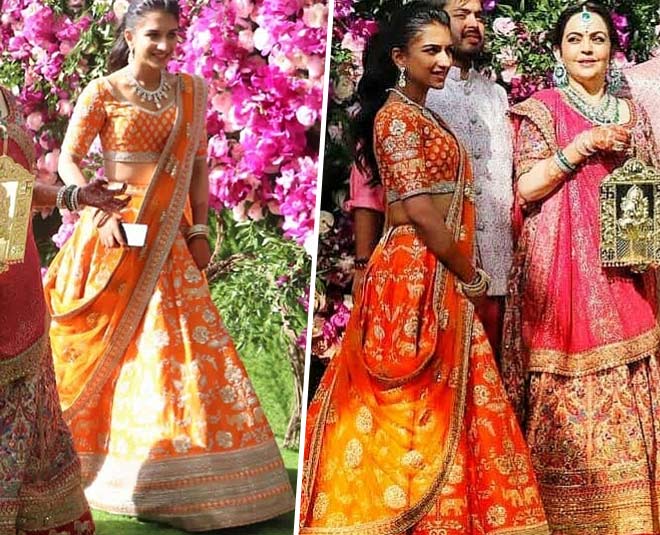 Meet Radhika Merchant, the next Ambani in line looking nothing less than a treat to the eyes in an orange lehenga at brother-in-law Akash’s wedding. Radhika slayed and stole the thunder away at the wedding as opposed to #AkuStoleTheShlo. 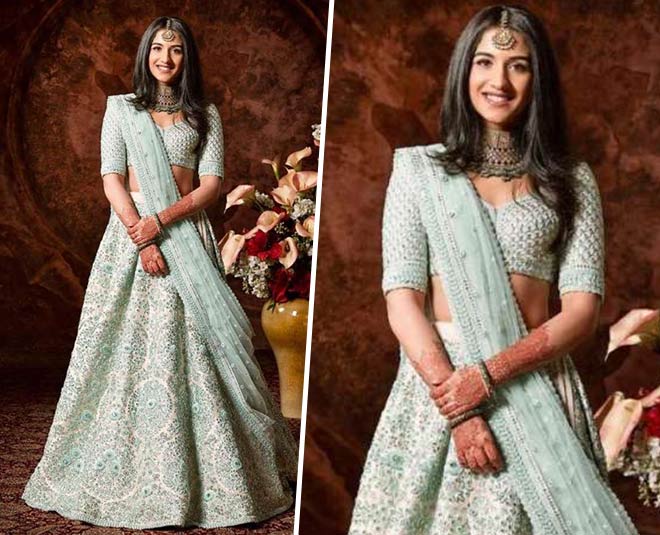 Anant Ambani's rumoured girlfriend, Radhika Merchant, has been often spotted at every family do, from Isha Ambani's wedding to the inauguration of the Dhirubhai Ambani Square and now at Akash and Shloka’s wedding ceremonies.

3With the Ambanis at Deepika's Reception 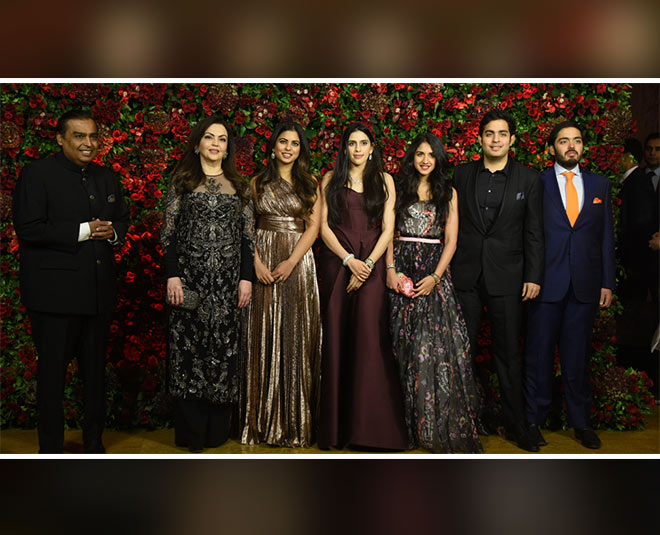 4Alongside Nita for Priyanka's Wedding 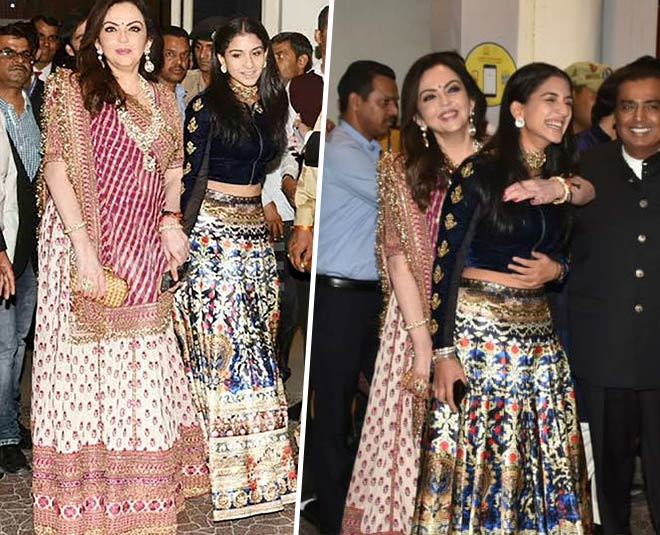 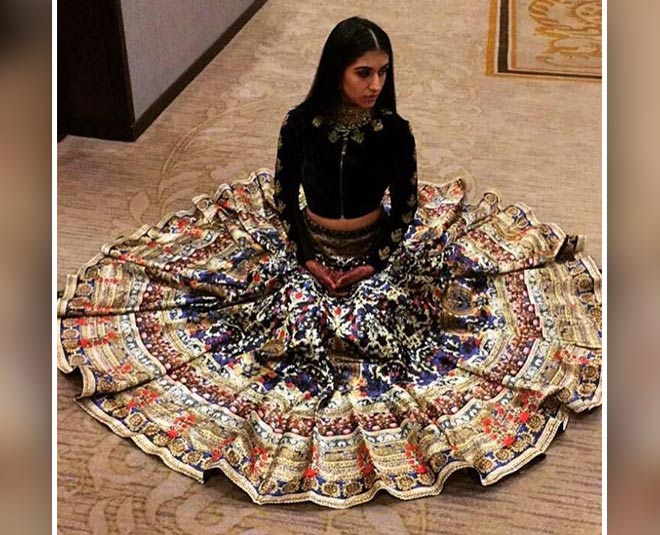 Here's a big round of applause to Radhika's fabulous sartorial choices! 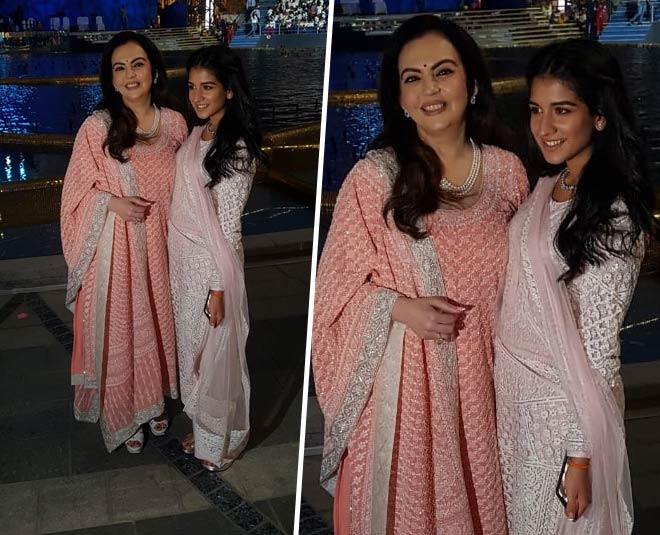 Nita and Radhika together in this frame are giving us major 'saas-bahu' goals! 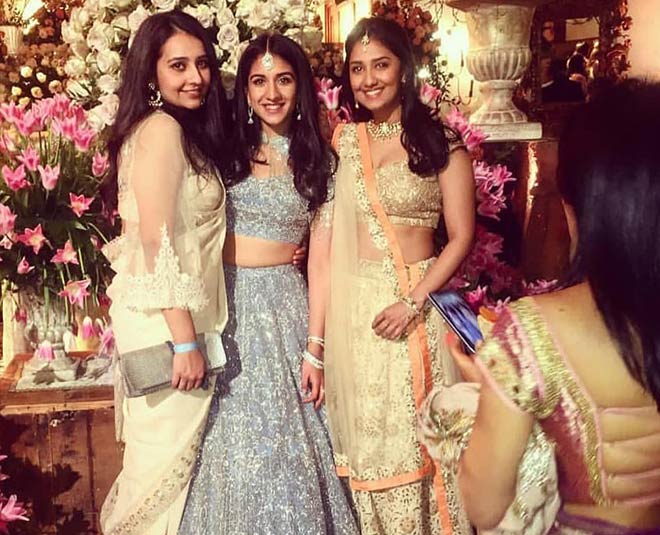 And we cannot get enough of this beauty. 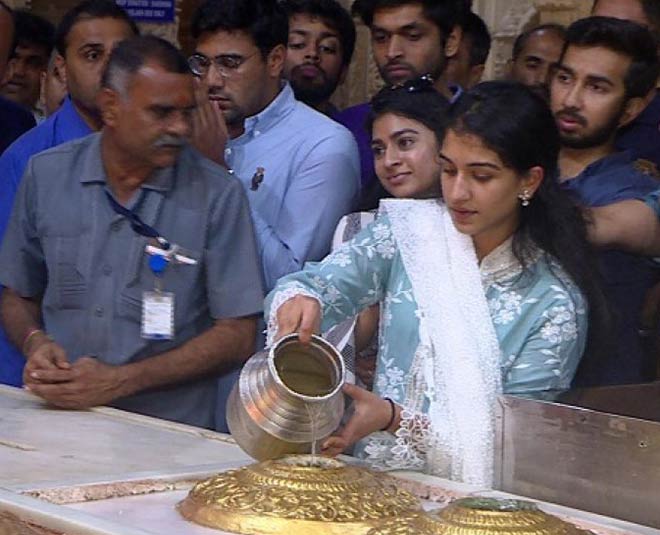 Radhika offering prayers at the Siddhivinayak Temple in Mumbai. 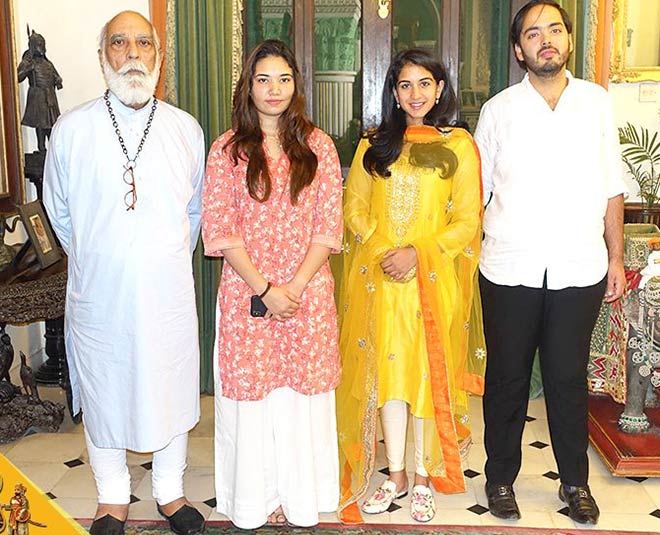 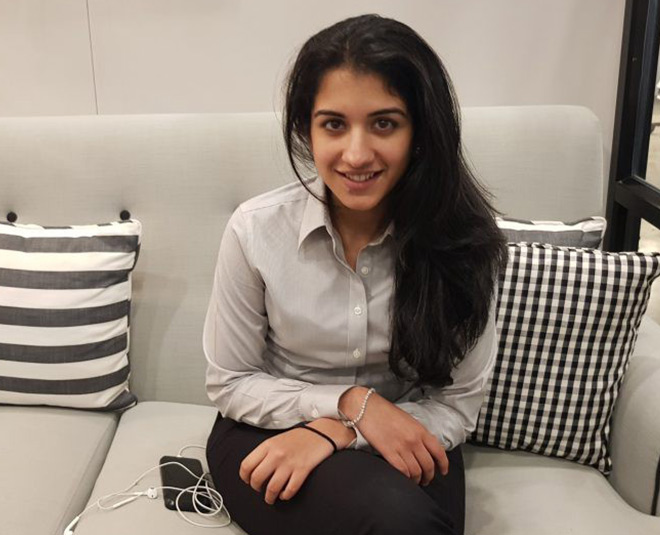 11The 'Girl Next Door' Look 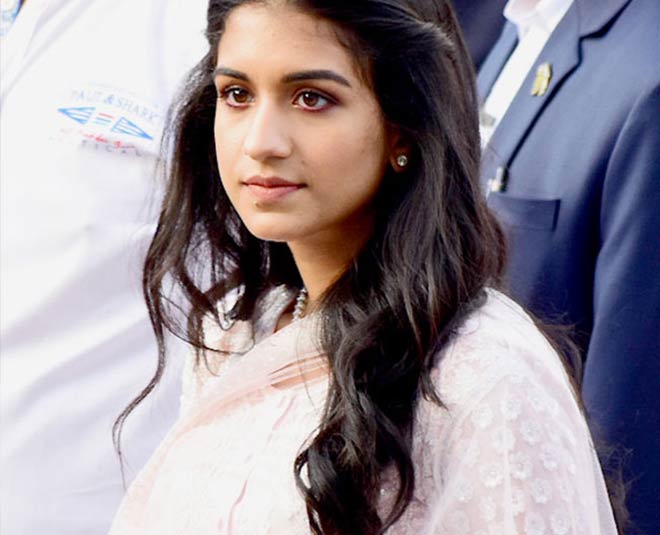 One from the candid look book