As actress Tara Sutaria and Aadar Jain have made their relationship official, here’s everything you need to know about their love affair. 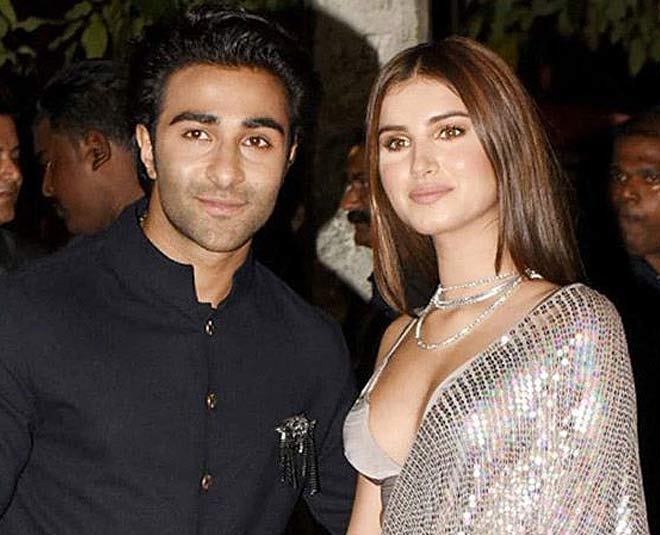 After much denial, Tara Sutaria confirmed dating Ranbir Kapoor and Karisma Kapoor cousin, Aadar Jain a couple of months ago. While everyone knows Tara, who became popular after playing a college student in the teen drama, Student of the Year 2, Aadar, on the other hand, is the son of Reema Kapoor, youngest daughter of late Raj Kapoor. Just like most members of the Kapoor family, Aadar is also interested in making a career in the film line. He made his debut in 2017 with Qaidi Band and has also worked as an assistant director in Karan Johar’s ‘Ae Dil Hai Mushkil.’

The couple has often been seen together at several events and parties. While their love affair has been long speculated, the Marjaavaan star kept denying having any relationship. On the occasion of Aadar’s birthday, she confirmed the news by penning a sweet birthday note for her beau. “Ever thine, ever mine, ever ours! Happy Birthday to my favourite person @aadarjain," she wrote. Aadar replied on the post and said, “I love you” followed by a heart emoji. Tara Sutaria also replied to his comment with, “I love you” and a heart emoji.

Ever thine, ever mine, ever ours! Happy Birthday to my favourite person @aadarjain 🖤

The two were recently spotted together to mark the 74th birthday celebration of Randhir Kapoor. The veteran recently lost his youngest brother, actor Rajiv Kapoor, last week. As per media reports, he was feeling alone and emotional after the demise of Rajiv Kapoor. Not only Tara and Aadar, Kareena Kapoor, Saif, Alia Bhatt and Ranbir Kapoor were also present at the dinner party.

During an interview with a leading newspaper, she earlier said, “Well, we really enjoy each other’s company. It’s important to say this, we enjoy going out and spending time together. Aadar is special to me and both of us are foodies, so we are going to be spotted at restaurants.” They were also spotted at Malaika Arora’s birthday bash and were clicked at the airport together, after they were returning from a New Year getaway, as per media reports.

They Met For The First Time At

Both the actors didn’t meet at any movie set or fashion show, instead, they came face to face with each other at the 2018 Diwali party. The same was revealed by Tara in 2019. “We met for the first time last Diwali and have a lot of mutual friends,” said the 24-year-old star during an interview. Clad in a pretty mirror embroidered light blue Anarkali by Arpita Mehta, she attended Amitabh Bachchan’s Diwali party with KJo and her SOTY 2 squad. There were several other stars at the party too. 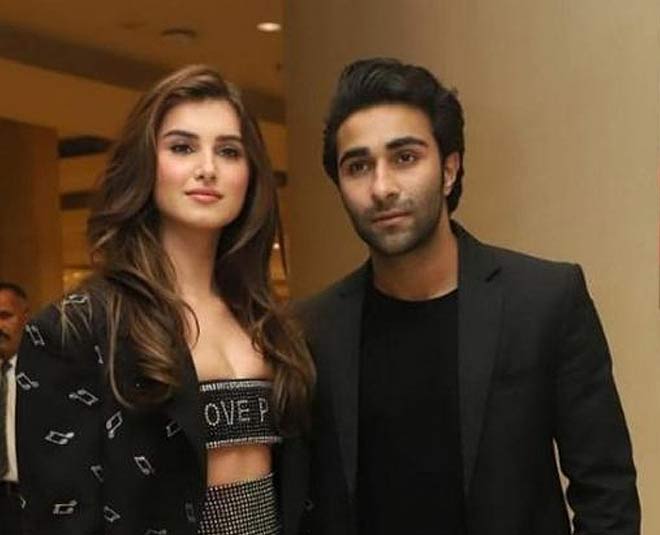 They were photographed together at last year’s Diwali party too. Tara was donning a beautiful gray saree and paired it with a décolletage-flaunting satin blouse, whereas Aadar looked dapper in a black sherwani suit. Other than this, they dropped hints about dating, back in December. Tara and Aadar attended the U2 concert, that took place in Mumbai. Soon after that Aadar took to his Instagram story, posted a clip, and wrote, "When I'm with you.@tarasutaria." The actress was quick to revert and reshared it on her own Instagram story penning, "Always with you," followed by a heart emoji. The couple won everyone’s heart when they performed together on the song Gallan Kardi from Saif Ali Khan-starrer Jawaani Jaaneman at Aadar’s elder brother Armaan Jain’s wedding this year in February. The actress also crooned a romantic song for the couple. 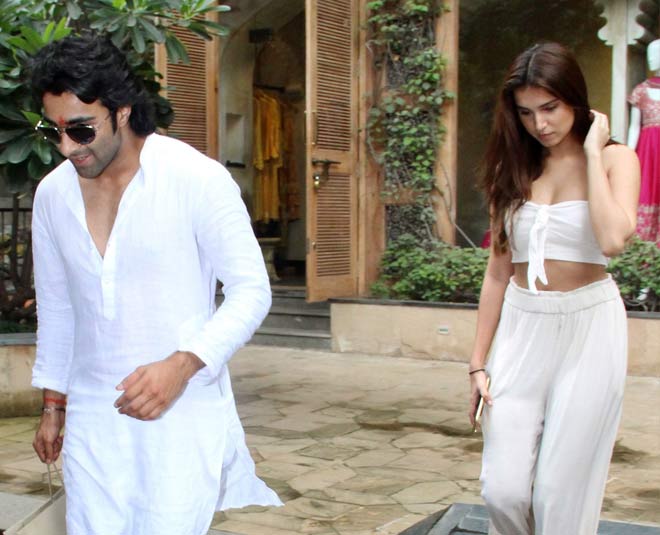 During an interview with a leading newspaper, Aadar’s mother, Reema Kapoor opened up about Tara and said, “We love anybody our son loves.” But, denied any wedding planning by saying, “No, nothing like that. They’re young. We’ll see later in life what happens. Let them make their life and let them work.” The Soty 2 star seems close to other members of the Kapoor family as well, as she made it to the family photo that Riddhima Kapoor Sahni posted on her social media account. Other than Aadar and Tara, the snapshot featured Riddhima, Neetu Kapoor, Aadar’s parents Manoj Jain and Reema, couple Armaan Jain, and Anissa Malhotra, and Nitasha Nanda, among others. “Family. #loveandonlylove #goteachotherforever #gratefulalways,” Riddhima wrote alongside.

Not just Tara is making to Kapoor family but seems like even Aadar shares a sweet bond with the actor’s family. Tara’s sister Pia Sutaria posted a sweet birthday wish for him along with an adorable snapshot “It’s a Sutaria Sandwich!!! Happy birthday to this absolute star,” she wrote alongside the photo that featured Aadar standing between Tara and Pia.