If you love animals and often feed street dogs and cats then you should know your rights as well! 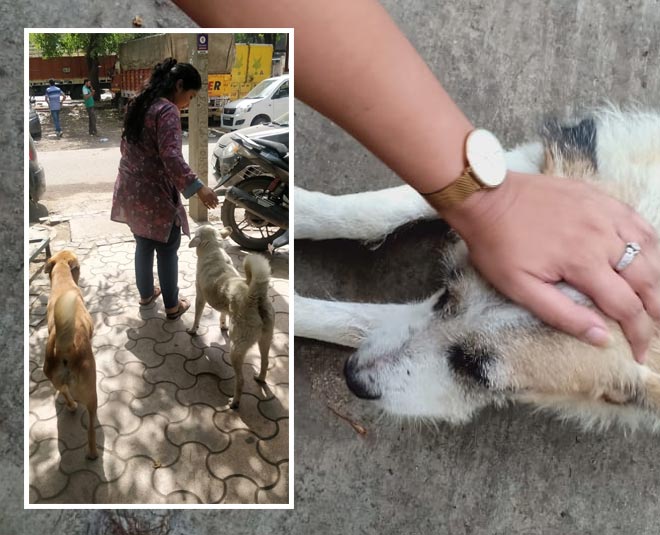 So many of love dogs and cats. We see a puppy or a dog or an injured animal or a hungry animal on the road or on the street, we tend to rush to them to feed them. Off late there has been much ruckus around feeding strays especially by those who are not so in love with our four-legged friends. To counter so many issues, here are some rights that the Indian government gives us and you should definitely read them up!

No Laws Prohibit Us From Feeding Animals

The Delhi High Court has clearly stated it good, lawful and helpful if you are feeding them. It also makes it easy to have them at one place where they will keep returning and not roam around. This way you can even get them vaccinated annually.

Thank you to all those who rescue, treat injured or sick animals, spay/neuter/vaccinate, volunteer, foster, donate, or bring home a new 🐕 family member. The difference between life and death is YOU! Thank you for sharing @maayishome!

For human being like the way it is a homicide, an individual caught feeding poisonous food to the animals can be charged under Section 11 of the Prevention of Cruelty to Animals Act of 1960, which is applicable everywhere in India except Jammu and Kashmir.

Illegal To Cause Injury To Animals

#Repost from @_furever_friends - an amazing animal rescue organization in Chandigarh. See below and follow @_furever_friends for actions YOU can take to help drive change in India. #RIPLucky Lucky passed away yesterday after suffering for a really long time from the trauma and abuse he had suffered for simply seeking shelter in a society from heavy rains. The guards who beat him up are out on bail, and all animal lovers are outraged. These guards must be behind bars and the laws need to be changed. Please read through if you’d like to know the legalities and how you can help bring a change. The two security guards who have been booked for the brutal abuse of Lucky were released on bail immediately after they were summoned to the police station. The police and judiciary can only implement the laws framed by the Parliament of India. Since the offence is bailable is nature, bail is granted as a matter of right. Under the current PCA Act, the punishment is same for kicking and killing a dog. Different kinds of animal abuse need to be categorised and punished according to their severity. Acts like these where the animal has been brutally abused or killed in a gruesome manner must be categorised as a non-bailable offence. The punishments under the PCA Act need a serious and major revamp. Please also note that the Supreme Court or High Court cannot amend the laws. That is under the purview of the Parliament only. What you can do: Meet with the Member of Parliament from your constituency, send a written representation about the desperate need for change in the laws to the your respective Member of Parliament, Prime Minister and Animal Husbandry Minister. Make a Twitter account if you don’t have one and start tweeting to the PM(@narendramodi), PMO(@PMOIndia), the Minister Incharge of the animal welfare portfolio - Mr Giriraj Singh(@girirajsinghbjp), also tag the Ministry of Fisheries, Animal HusbanAnimal Husbandry and Dairying(@Min_FAHD). In the tweets share brutal cases of animal abuse, not only lucky, but many others like him who have suffered and not got justice due to weak laws. Urge these authorities to urgently amend the PCA Act.

We have Sections 428 and 429 of the Indian Penal Code and the Cruelty to Animals Act of 1960 that make it illegal to cause any kind of injury to any animal. Any vehicles running over animals purposefully too can be reported to the local animal protection group and to the police. We can file a case against that individual!

We have a punishment for the same asll wherein the fine of Rs. 2000 and/or a jail term of up to five years is applicable.

If Sterilised Then They Cannot Be Relocated

#Repost @delhithestreetdog • • • • • • Do you live in Mumbai? Do you have a USA Visa? Do you want your flight paid for to Seattle? Or do you have a Canadian Visa and want your flight paid for to Vancouver? Hope and Ashley are in desperate need of a flight buddy. Do you think you can help Hope and Ashley???? . . . . . #newdelhi #india #puppylove #dogsofinstagram #doggy #pet #petsofinstagram #rescuedog #rescued #rescuedogsofinstagram #germanshepherdpuppy #germanshepherd #adopdontshop #rescue #rescuestory #traveldog #tripod

If you have gotten the animal sterilised then no body can move them from the area they live in and this law was made by the Government of India, Animal Birth Control Rules 2001.  As per five different High Court Orders, sterilised dogs have to remain in their original areas. Just in case a dog is not sterilised the society can just ask an animal welfare organization to sterilise and vaccinate the dog.

These IDs help people who love animals and want to protect them from all those abusive animal-haters. The board also holds Animal Welfare Fortnight, which not many are aware of.

Reason #6 to adopt a Desi dog: They are widely available. Life on the streets can be very dangerous. Many stray Desi puppies do not make it, and if they do, most never make it past five years old. They die from disease, starvation, cold, are hit by cars or are killed in fights with other dogs. There are thousands of indie dogs that have been rescued from the streets (as puppies, injured, sick, ill treated, etc) that have been treated and are looking for loving Indian homes. Most cities in India have dog rescues that are busting at the seams with adoptable dogs. The sad story is that most of these dogs never get adopted. Help change this! Check Google or weforanimals.com for your closest dog rescue and adopt a Desi! #adoptdesidogs #adoptdontshop #desidogsarethebest

Did you know that stray dogs are protected under the Prevention of Cruelty to Animals Act, 1960, and rules enacted under Section 38 of the act, particularly, the Animal Birth Control (Dogs) Rules, 2001; Indian Penal Code, sections 428 & 429 and Article 51A (g) of the Constitution? We have such amazing laws, yet people are not punished and we all know why!