R D Burman: A Rare Talent That Was Beyond Genius

Music is poetry in motion and we have been seeking asylum in R D Burman's music since decades now. 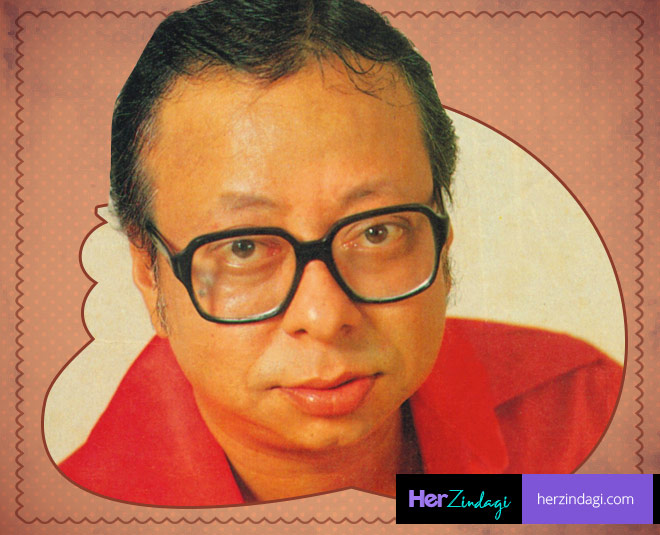 R D Burman, India's own mosart, was well know as a living legend when he was physically around, spreading his musical genius. And even 25 years of post R D era, he continues to inspire many of us with his immortal music and maverick work of art. Music is poetry in motion and we have been seeking asylum in R D's music since decades now. He created a world that was so exclusive, with rythms only he could conceive, yet so inclusive for it allowed us all to immerse ourselves when we truly needed to. From the blush of first crush to the first heart break, to a world that's blessed beyond words to dreams that are still unexplored, we found every possible music for all emotions that a human heart can possibly ever witness.

A rare gem, he composed his first song at the tender age of 9 and was nicknamed tablu since his father, the legendary SD Burman, thought that his toddler son sounds like a musical instrument when he cries.

He got the first taste of success in the year 1966, with the movie, Teesri Manzil. Here's a look at some of his most splendid works ever.

With that level of geniusness comes certain amount of eccentricity. Pancham Da used to be so restless while composing his music that he would not even wait for his hot cup of tea to cool down. He would rather mix water to the cup and drink it instantly!

Romantic classics like "Ye shaam mastani" and "Oh mere dil ke chain" played a significant part in making Rajesh Khanna the phenomenon never witnessed before on the Indian celluloid. Once again R D Burman was the master behind these euphonious compositions.

It was said that Rajesh Khanna had reservations about the song "O mere dil ke chain". However, when director informed Burman about the same, he chose the most incredible way of meeting Khanna with a harmonium, sang the song in front of him and came back with latter's approval within 15 minutes.

Perhaps a lesser-known fact about him is that RD was so fond of chillies that he had grown a pythonic amount of the same in his kitchen garden.

Burman was too creative with his music and that's a known fact. Using human voice as an instrument to scat singing, he did it all and that too in the 70s.

RD was a magician with his music and composed several raga based songs for a number of his movies. One such song "Mere naina saawan bhado" was based on Raga Shivaranjani, said to be ideal to depict passion. This song even made Kishore Kumar's credentials, as a singer of all seasons and moods, stronger.

For the very famous, "Chura liya hai tumne" he skillfully used the sound of a spoon hitting a glass in the music.

Gulzar and Pancham Da was truly a match made in heaven. RD was a great story-teller with a terrific sense of humour. One of the times, he made the very prudent Gulzar laugh out loud when he asked latter what "Nasheman" means and if he has ever been to that place, after he heard the lyrics of one of the songs from the movie Aandhi.

"Mera kuch samaan" from the movie Ijaazat, which has been a source of comfort and credence for many heartbreaks, and even won Asha Bhonsle a national award, was turned down by Pancham da since he thought it was almost impossible to compose it.

The song "Ek ladki ko dekha to" was pure class for more reasons than one. Firstly it was simplicity at its best. Then it had one melody that was on repeat throughout, without making it stodgy.