Checkout what Neha Bhasin & her mother Rekha Bhasin had to say about each other exclusively to HerZindagi. 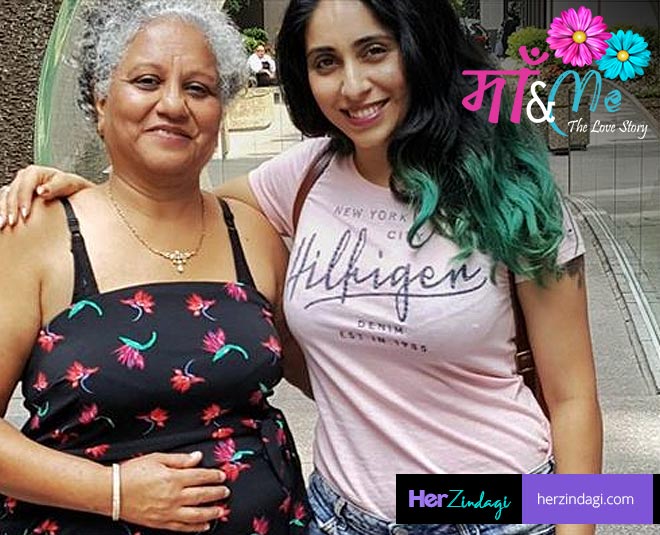 Singer Neha Bhasin got her big break via all-girls band Viva in 2002 when she was just 18 and now there is no looking back. She has a portfolio full of Bollywood and Tamil songs and her independent tracks that she keeps rolling out. As an ode to Mother's Day, HerZindagi's Megha Mamgain had a fun chat with the "Chashni" singer and her mother Rekha Bhasin who too has collaborated with her daughter for reviving the long lost Punjabi folk songs. They shared memories, spilled the beans on how Neha was as a child. The mother-daughter duo spoke on what their relationship is like and here are a few excerpts from the video interview below.

Neha is and was never a spoilt kid as the singer shared that her ma "definitely is a grounding mother". She stressed on the fact that Rekha isnt the kind of parent who would glorify Neha a lot.

"She was more interested in English music than Hindi music. She used to listen to me and I used to sing a lot at the time. She was not at all studious. She was very frank with me and very honest and I have always liked "shaitan bachche", said Rekha on Neha's personality as a child and her passion for music.

Asked whether she considers her talent God's gift or Mother's as her mother too is a beautiful singer, Neha was prompt to say that "Music was a gift from both mom and God".

"God gift is that I have her as my mother and her gift is that her mom had a voice, she has a voice which I too have. There was no one in our family who had a music background. At that time performing arts was considered more as a hobby than a profession. I got the platform so they allowed it but it was a very big decision for my parents," Neha told HerZindagi.

Every parent has a dream or two or rather spirations for his or her child, what was the case here?

Rekha Bhasin said that Neha was "always inclined towards singing and was very clear that she wants to be in this profession". However, Rekha did specify that years back there weren't many opportunities and since no one in the family belonged to the profession, they did not really know how to go about it.

"At that time we did not know how to go about it. When she got a break with viva, then we let her go," added Rekha.

Speaking of moral support, Neha says that she is grateful that her mother has always been there.

"Mom has been there always. Morally she has always said that don't do anything that we will not be proud of. Though she is a strict mom, but she is more the kind "jinki khushi unke apne bachchon mein hai". She was lenient where she was needed to be lenient and she was strict where it was needed. My parents never interfered in my career. Even in personal life, I have had boyfriends she did not want me to have, she was like "gardan pakad kar rakhti thi but dabati nahi thi," she said.

"Indeed I fight with her but I am very grateful to her as well." she added.

One interesting fact that did come out and we are certainly loving it, is that Neha's mom is the force behind the beautiful tracks Neha has been sharing on YouTube. From "Akh Kashni" to "Chitta Kukkad", these Punjabi folk songs are back in many playlists via Neha.

"As far as songs are concerned, I generally suggest her Punjabi songs and she chooses from them. Rekha has also collaborated with Neha for bringing to light some beautiful but forgotten Punjabi folk songs," said Rekha.