In a tweet in 2015, Anupam Kher revealed that Madhuri Dixit earned more than Salman Khan for ‘Hum Aapke Hai Kaun’.

Bollywood's acclaimed actress and dancing diva, Madhuri Dixit-Nene turns 52 today. Celebrities from tinsel town and commoners alike vouch that age is just a number for the diva who seems to be turning younger with each passing moment. Having debuted with the 1984 film ‘Abodh’ where she played a young bride, Madhuri appeared in films like ‘Awara Baap’ and ‘Swati’ in the course of the next few years -- all of which were financial failures, until N Chandra's ‘Tezaab’, which revived interest in the actor and proved to be a breakthrough for her. She went on to receive her first Best Actress nomination at Filmfare for ‘Tezaab’.

In between Madhuri would go on to play the love interest of Vinod Khanna in ‘Dayavan’ (the actor was 20-years older to her at that time) where a kissing scene between the two became one of the most talked about controversies of the year.

An actress who has redefined the role of Indian women in cinema, 1990 saw her essay the role of a wealthy brat in ‘Dil’ alongside Aamir Khan which won Dixit her first Filmfare Award for Best Actress.

Madhuri also turned the tables against the portrayal of a hapless housewife by essaying the role of a strong woman who rebels against her scheming evil mother-in-law in ‘Beta’ starring Anil Kapoor. 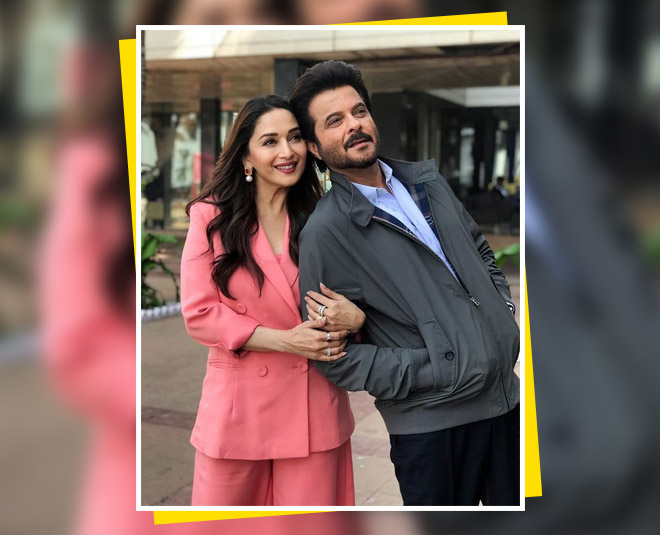 In fact, if one takes a look at the history of Indian cinema and Madhuri Dixit's contribution to it, one will invariably be drawn to Subhash Ghai's blockbuster, ‘Khalnayak’, and its song Choli Ke Peeche which, experts in the field of Indian cinema say saw Madhuri's character, Ganga starting a process of crumbling distinctions between the heroine and vamp.

Not only that, ‘Khalnayank’ created another legacy, that of numbers featuring women, with a man as the absence locus of their affections, forming their own narrative. This would be replicated once again in Sanjay Leela Bhansali's 2002 ‘Devdas’ where Madhuri and Aishwarya were seen dancing to the song Dola Re Dola. 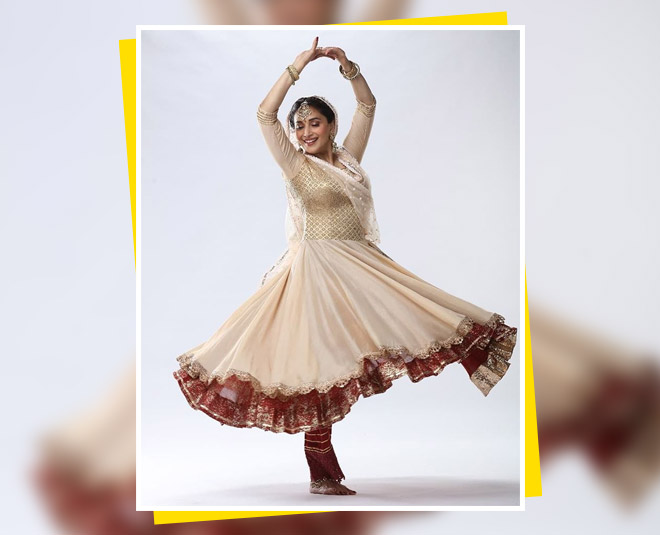 Rumours suggest that Madhuri, at that time, was having an affair with Sanjay Dutt, her co-star in ‘Khalnayak’, among other movies. However, it was short-lived with Dutt’s arrest in 1993.

In 1994, Madhuri Dixit went on to star in Sooraj Barjatya's ‘Hum Aapke Hai Kaun’ alongside Salman Khan. The highest grossing film of its year, the film also cemented Rajshri production's expertise as makers of family drama. The film emerged as one of the biggest hits in the history of Hindi cinema and made Rs 1.35 billion worldwide, breaking the record of 1975 release 'Sholay'. 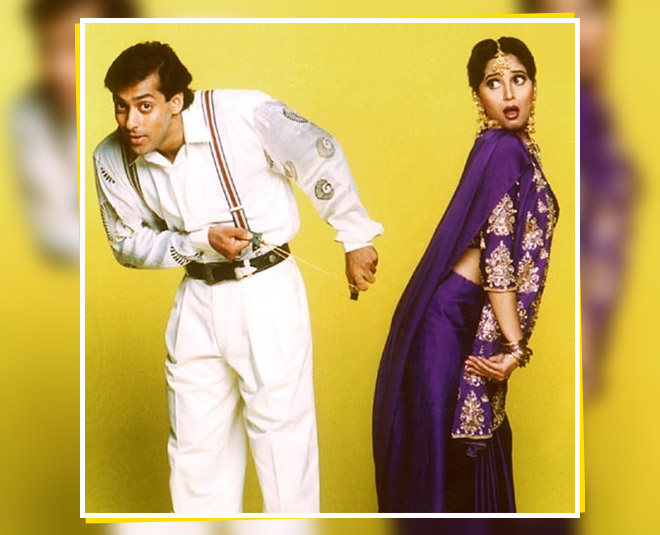 In fact, a 2015 tweet by Anupam Kher revealed that Madhuri Dixit earned more for the film than even Salman Khan. Also, it was during that time that the late artist MF Husain became spellbound by Madhuri's beauty and is said to have watched Hum Aapke Hain Koun (1994) 67 times. In time, she became his muse, inspiring a string of paintings and even a movie, by the name of ‘Gaja Gamini’ (2000) with Shahrukh Khan.

Madhuri Dixit's portrayal of a headstrong dancer in Yash Chopra's 1997 romance ‘Dil To Pagal Hai’ alongside Shahrukh Khan was a major success, earning her a fourth Filmfare Award for Best Actress.

Madhuri Dixit portrayed varied roles in early 2000, with one where she was praised for her supporting role as a woman fighting against gender discrimination in 2001's ‘Lajja’ and the romantic ‘Devdas’, where she starred opposite Shahrukh Khan, and portrayed a courtesan in love with an alcoholic.

Incidentally, this was Madhuri’s last film before she got hitched to Dr Nene and went on to take a five-year-long sabbatical, returning with ‘Aaja Nachle’.

The mother of two sons, Madhuri was last seen in ‘Kalank’, alongside Sanjay Dutt.

She was awarded the Padma Shri, the fourth highest civilian honour of the country, by the Government of India in 2008.