Listening To ‘Kokilaben Rap’ On Repeat? These Funny Memes Will Make You Laugh Out Loud

If ‘Kokilaben Rap’ is your current favourite, then read on to see some really funny memes which will make you go on a laughter spree. 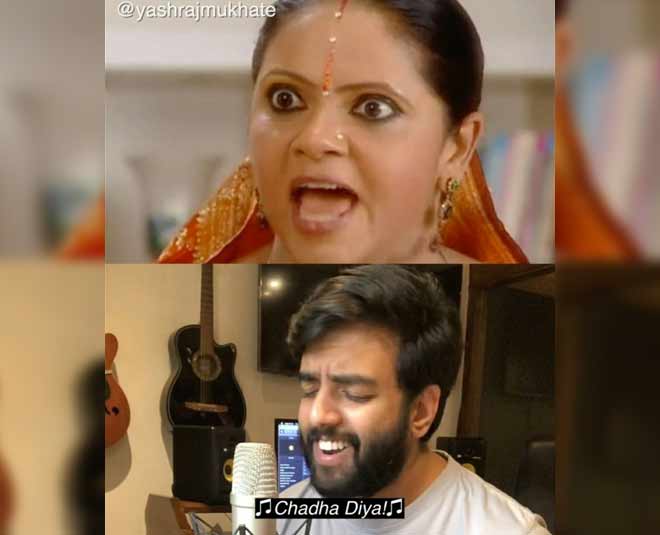 For the past few days, the internet is buzzing with the song ‘Ye Rashi thi’, which is a comical version of a popular scene from Star Plus show ‘Saath Nibhana Saathiya’. The song is written, sung, edited and produced by Yashraj Mukhate, who posted the video on his Instagram account.

The famous scene from the serial where the show’s character Koklilaben is asking Gopi Bahu, who was in the kitchen? Rasode mei kaun tha? It is followed by a series of questions, to which Gopi Bahu replies ‘Rashi Thi’. Mukhate has edited the song in such a manner, that no matter how many times you listen to it, you will laugh each time.

Here is the full version of the viral song:

The song soon became an internet sensation overnight and the meme world went berserk. With reaction videos and memes, the song soon became a hit amongst the audience. From Twitter to Instagram, memes started popping in across all social media platforms. Here are some funny memes which will surely throw you into fits of laughter.

rashi : *puts a cooker on stove*

Mukhate’s popularity boomed overnight as his Instagram account earned more than 150,000 followers. He earned laurels for his performance, not just from netizens but even film stars and directors.

Don't Miss: Here Is What Akanksha Puri Has To Say About Her Rumoured Relationship With Mika Singh

His viral song has more than 45,89,677 views, which is continuously growing. Celebrities like Rajkummar Rao, Armaan Malik and Sanya Malhotra commented on this video and appreciated his talent.

Here are some memes which were widely circulated on Instagram:

In an interview with The Indian Express, Mukhate said that it took him around five to six hours in a span of two days to create the original background score heard in the now-viral clip. When asked why he chose Kokilaben, Mukhate, in an email interview, said, “I loved the way she spoke. It already had a rhythm to it. I added some beats and some of my favourite chords to it and uploaded it yesterday.”

Don't Miss: Akshay Kumar And Rekha's Lesser-Known Love Affair, What Happened And Led To Their Breakup

Enjoy these memes and make sure you share them with your family and friends.

For more such news and entertainment stories, stay tuned to HerZindagi.com