Karisma Kapoor's 'Mentalhood’ Is Her Return After 7 Years & We Can't Keep Calm!

Karisma is all set to make a come back after a 7 year sabbatical with Ekta Kapoor's webs series 'Mentalhood' and we can't keep calm. Here is the updated 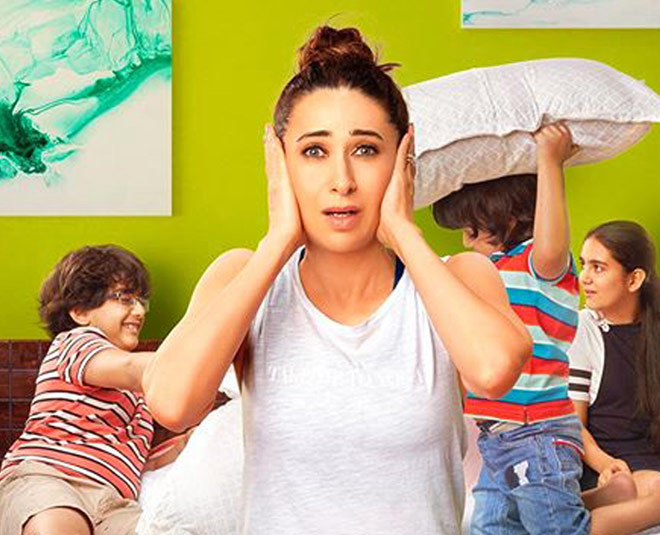 After a 7 year sabbatical, the beautiful and fit Birthday girl Karisma Kapoor is set to make her come back with Ekta Kapoor's webs series 'Mentalhood' and we can't keep calm! This ALTBalaj project has us super excited as it also stars actor Sanjay Kapoor as her husband. Here are a few updated facts about the show, that you must know.

This ALTBalaji show on the crazy ride of Motherhood talks on how raising your kids is an art. For some, it is a very precise science, but many moms are super protective of their children. The show has been directed by Karishma Kohli, wherein Karisma will essay the character of Meira Sharma.

#EktaKapoor's #New #DigitalShow "#Mentalhood" Is Centered On The Various Facets Of Being A #Mother ... Ekta Kapoor is a #powerful personality, with a Midas touch when it comes to creating content – whether it is for #television, #films and now even #webseries. Earlier this year, she also embraced #motherhood with her son Ravie, who came into this world via surrogacy. The latest show to hit her online subscription platform @altbalaji is “Mentalhood” and it comes as no surprise that inspired by the turn of events in her personal life, it is based on motherhood, different types of #mothers and all the trials and tribulations they go through. However, Ekta clarifies that this show was conceptualized long before she decided to become a mother, almost 7 years ago. While writing the show and brainstorming with her creative team, they thought about how the popular perception is that motherhood is perfect, and especially in Indian scenarios how it is believed that the day a child is born a mother is also born, which is not always true. There are often unreasonable expectations from new mothers, which take them years to overcome. The show will be exploring all these dilemmas, while also talking about topics like bullying, gender fluidity, good-touch/bad-touch, etc. The show has a ensemble cast of some of the most #talented #actors – headlines by @therealkarismakapoor who makes her web-series debut as the “mental” mom, @sandymridul as the “momzilla”, #ShilpaShukla as the “workaholic” mom, @tillotamashome as the “pushover” mom and @shru2kill as the “boho” mom. We also have representation of the #fathers by @thedinomorea , who plays the role of a “stay-at-home” dad. For Ekta Kapoor, this show is even more #special as she now identifies with a lot of the content that has gone into creating it. We’re really looking forward to this one! ... 📷 via @ektaravikapoor ... 📌Read more - https://www.momspresso.com/parenting/article/ekta-kapoor-s-new-digital-show-mentalhood-is-centered-on-the-various-facets-of-being-a-mother ... #WhatMumsAreTalkingAbout #Instanews #News #Momspresso #newwebseries #Mustwatch #Motherhoodthroughinstagram #Momsofinstagram #Momlife #Parents #Parenthood

The show explores the different kind of mothers that exist and how they deal with crazy and unreasonable expectations and eccentricities to raise their children. They are like goddesses with many hands that multi-task and have gotten into the habit of constant worrying and guilt feelings.

Presenting the third super mom. Meet our Workaholic mom @shilpashukla555 as Namrata Dalmia. This mom is the queen of multi-tasking, at home and at work. If this was a circus, she would be a master juggler. Work-life balance ki khoj mein, she loves to wine and sometimes whine! #Mentalhood streaming soon on ALTBalaji. . . #ALTBalajiOriginal @ektaravikapoor @shobha9168 @filmfarmindia @bhavnarawail @karishmakohli @ritz2101

The 45-year-old also happens to be a mother of two in real life and we suppose she can easily relate to her role to some extent. On the series, Karisma will be playing Meira, a small town mother who has been trying to navigate through momzillas of Mumbai. She knows parenting is all about the right balance however finding that balance is what becomes the tricky part.

Karisma, who was last seen in "Dangerous Ishq", told a media house: “Out of choice I wanted to be with my family and children. After a while when I heard this script it was so interesting, the script was about today’s mother and it was so strong. Women of all ages and all those who are mothers will identify with my characters. It is also something which I am going through right now. Young parents and older parents will identify with Mentalhood. My character is today’s mom and as a human, she will do the right thing and is real. I am thoroughly enjoying shooting with all my lovely co-actors".

Don't Miss: Karisma Kapoor Uses This One Makeup Product That Will Up Your Beauty Game In Seconds

Speaking on her foray into the digital world, Karisma said: "I have been lucky enough to have such a wonderful career and I have done a variety of roles. This is something different for me...a different platform. I have been a radio jockey also. I like trying out different things."