Kalank Song Tabaah Ho Gaye Will Be Out Today And Fans Are Losing It!

The teaser and trailer of Karan Johar’s upcoming magnum opus Kalank created a lot of buzz and now Madhuri’s song 'Tabaah Ho Gaye' has sent the fans in...

The teaser and trailer of Karan Johar’s upcoming magnum opus Kalank created a lot of buzz and now Madhuri’s song 'Tabaah Ho Gaye' has sent the fans into a frenzy with its look! While some are pegging it as the Dhak dhak girl’s comeback, others are saying that the queen never went away from Bollywood. Madhuri Dixit plays the beautiful courtesan Bahaar Begum who has a forbidden relationship with the rich baron Balraj Chaudhry. Her role was initially meant for Sridevi but now Madhuri can be seen essaying the role which looks somewhat similar to her character of Chandramukhi in Sanjay Leela Bhansali’s Devdas. 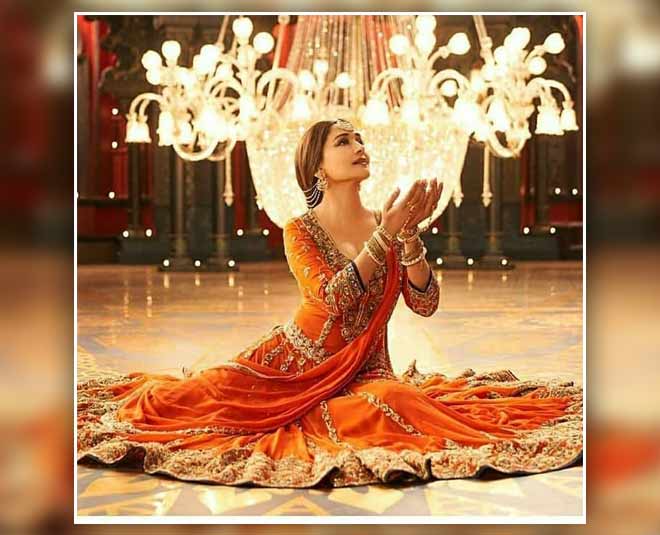 Madhuri’s co-star Alia Bhatt who plays the character of Roop in the movie released an 18-second teaser of the song yesterday on Twitter:

The video in Alia’s post has over 26000 views with fans re-tweeting it to share their euphoria over seeing Madhuri’s elegant avatar. The song will be out in a few hours but fans are waiting with bated breath to see her. Have a look at some of the Twitter reactions:

#TabaahHoGaye @MadhuriDixit I’m so ready for this, the Queen dancing OMG i’m so excited 🥰 https://t.co/27Dr8FB7CT

#TabaahHoGaye She doesnt need to be compare to anyone she only dances to herself, to go and from her soul and why do news always call her “Madhuri’s comeback”? Madhuri never left She has always been here and She doesnt need a huge comercial movie to recall that she is here.

can they drop #TabaahHoGaye rn.. like right fcking now? i can't wait! pic.twitter.com/vmiWXQFRLa 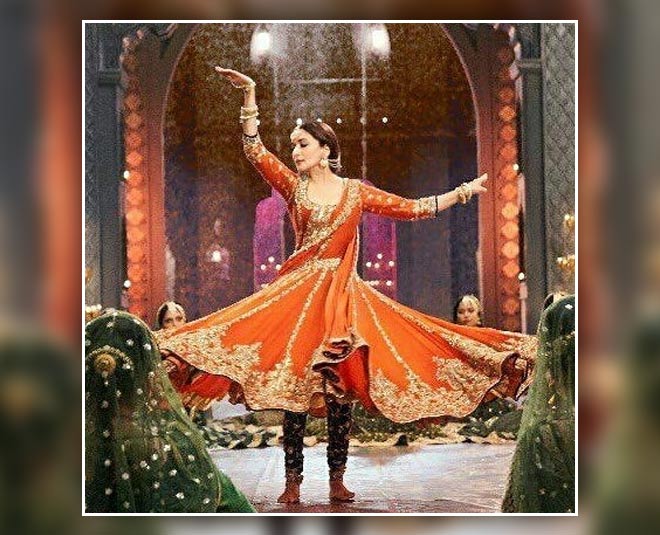 Alia Bhatt, Sonakshi Sinha and other crew of the movie Kalank are also adding to the buzz by sharing posts on the launch of the song. Madhuri looks absolutely breathtaking in an orange anarkali which has an intricate thread detailing. In a recent interview to an entertainment website, she has revealed that she has collborated with choreographers Saroj Khan and Remo D'Souza for the song.

Don’t Miss This: Kalank - All The Things You Did Not Know

Sung by Shreya Ghoshal, the music of the track has been composed by Pritam who had composed the music last time for Bollywood film Raabta in 2017.

This is the fourth track from the movie that will be released after the songs Ghar More Pardesiya, First Class and the Kalank title track were released last month. Posting the teaser of Tabaah Ho Gaye, Madhuri wrote on Twitter: ‘Kuch dastaan sirf zuban se bayaan nahi hoti’. Right Madhuri, you totally take our breath away just with your expressions!

Stay tuned to Her Zindagi to know about the latest movie releases and interesting stories about your favourite celebs.