A fish with a human-like-face is going viral on the internet. Read on to know all about it and check out some of the most hillarious memes. 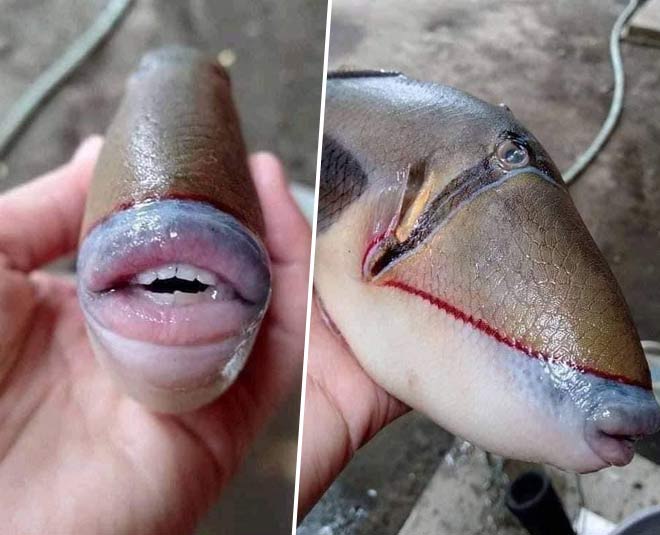 Oceans are vast and full of strange creatures lurking around in the depths. No matter how technologically advanced we have become, there is still a huge part that has still not been discovered, when it comes to the deep blue sea. And, we have been reminded this again, with the discovery of a strange sea creature, which has human-like features. No, we are not talking about mermaids, but an actual fish.

Recently, a photo and a video of the same bizarre creature went viral. In the photo, the fish can be seen as having a perfect set of teeth, and lips. As per the media reports, this was found swimming in the water in a Chinese village, Miao. On the other hand, some believe that this creature was found in Malaysia.

A Creepy Fish With an Oddly Human-Like Face https://t.co/61nd3KxONq pic.twitter.com/LjbIqB915I

The video of the same fish was captured by a woman, who initially shared the clip on Weibo, a Chinese microblogging website. The woman also claimed that the “fish turned into a fairy" in the video that was shared on the internet. The post has now become viral, with netizens around the world sharing and making memes on it. Here are some of the most hilarious posts that even made us dissolve into laughter.

Reminds me of 'seaman' pic.twitter.com/27AdYTqStD

Saw this shit on fb tho pic.twitter.com/wv8EUkTwZ6

However, this fish has been identified as a triggerfish by a Malaysian website, Rakyat Post. Their report said that this fish is common in the country and is called, ayam laut or ikan jebong. “Locally, this odd-looking creature is known as ayam laut or ikan jebong,” said the report. Further, the report explained that the fish’s tough jaws are effective in killing powerful sea animals like crabs.

Don't Miss: Alia Bhatt's Sister Shaheen To Take Legal Action Against Online Threats, Says I Will Use All Legal Recourse

These fish are not just strange but also dangerous, as they tend to bite divers, who somehow cross their territories or even go close to their nests. And since, the fish has a very strong jaw, clubbed with well-built teeth, they are likely to not only crush shells, but also tear down diving suits and leave bruises. These fish are of aggressive nature, especially towards intruders, including human beings.

This is not the first time that a strange sea creature has been found with human-like features in China. Back in 2016, another fish was found by a school teacher in Wugang City in the Hunan province in central China, as per media reports.