Gauahar Khan and Zaid Darbar have finally decided to get married on Christmas. So, let's take a quick recap of the times when they gave us couple goals. 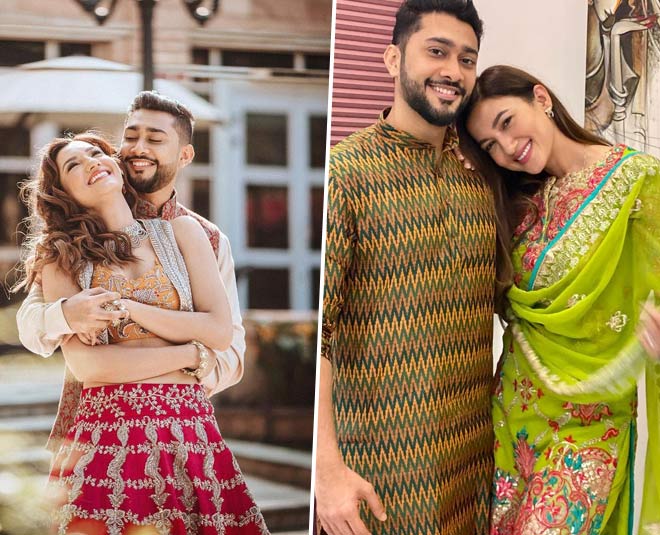 One of the cutest celebrity couples of the tinsel town is undoubtedly that of Gauahar Khan and Zaid Darbar and the good news is that they have finally announced their wedding through a post on Instagram. The wedding will be an intimate ceremony with close family members and friends and will be held on Christmas. So, we thought of reminding you of the times when this couple showed the world just how much they love each other. Take a look.

1When They Announced Their Wedding 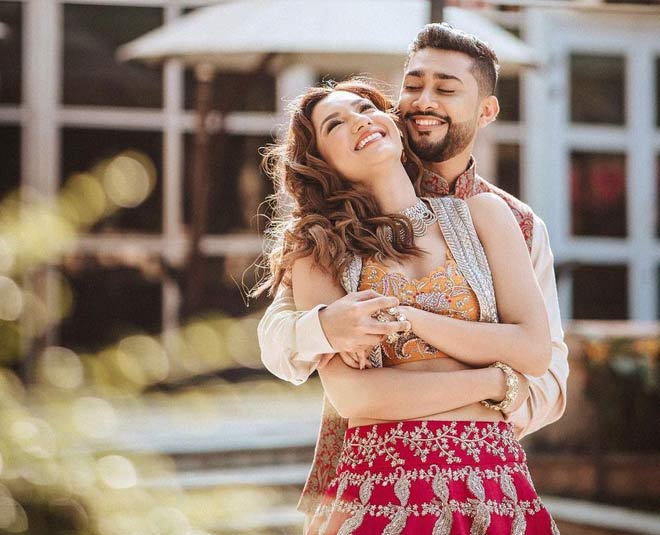 It was only a few hours ago that we were surprised with a pleasant piece of news by Gauahar Khan, that she is going to tie a knot with her beau, Zaid. In the post that Gauahar had shared on Instagram, the beautiful duo was spotted celebrating the joy that their love story brings to them and we just can't put to words how cute they looked.

2When She Said Yes 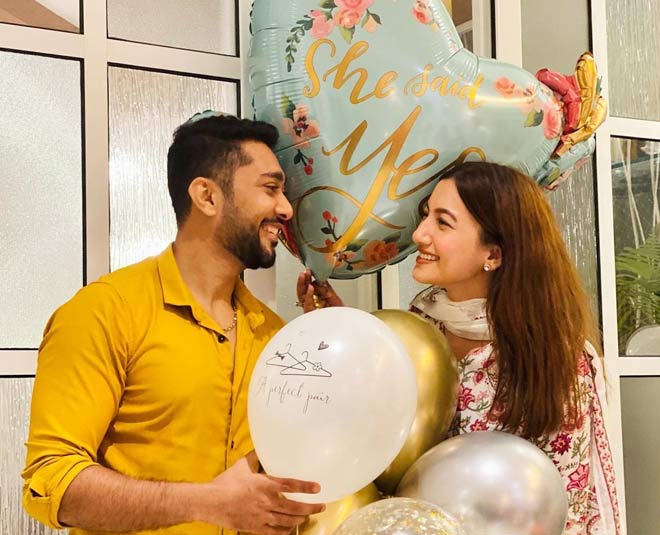 It was on the 5th of November that Guahar and Zaid got engaged. Their engagement pictures were definitely doing justice to their mesmerising tale of love and togetherness. And the fans were rejoicing the event and sending in loads of good wishes for this super cute couple.

3When They Spent Diwali Together In another post, Gauahar and Zaid are seen entwined together in a romantic embrace while celebrating Diwali together and sending out good wishes for fans.

4When They Sent Their Pre-Diwali Wishes Together 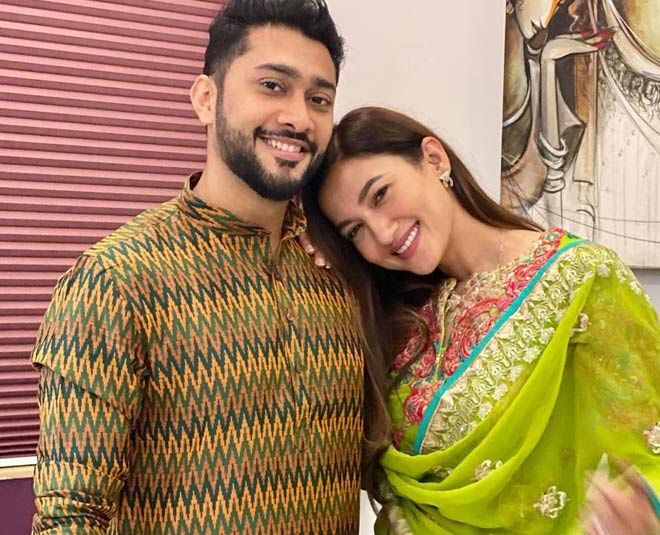 Wishing their fans a Diwali full of joy, happiness, and prosperity, the lovebirds shared another mushy picture of them, wherein they were seen sharing a gentle embrace which was being highlighted in the well-cordinated outfits that they had donned. 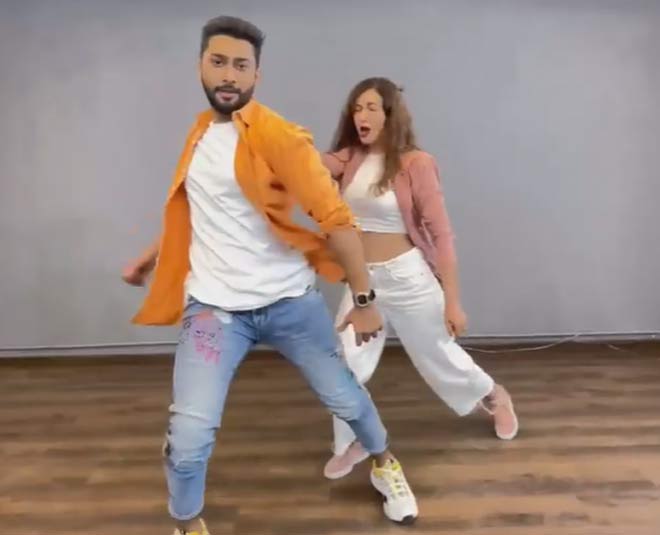 Dancing on one of the most trending numbers currently, the couple showed us some of their great moves seasoned with a gleam of love in their eyes and jitters in their hearts.

6When They Got Mushy In The Comments 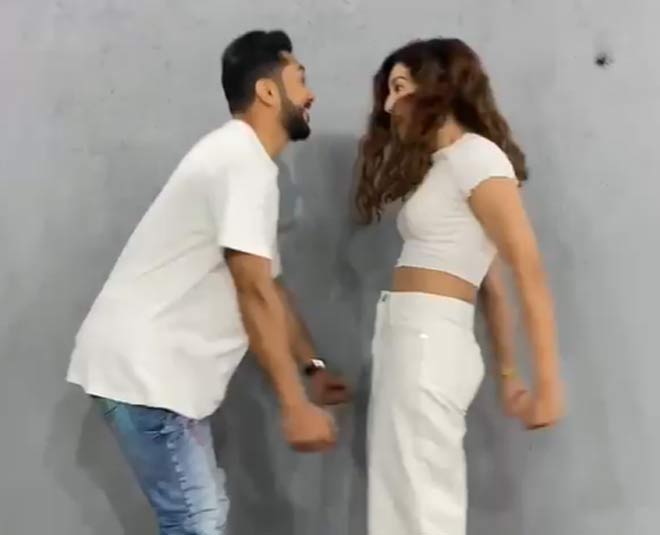 This was the time when the duo was captured dancing on Justin Beiber's Baby, which also happens to be Gauahara's favourite playlist toppers. It all got even more intriguing when Zaid posted the same video on his account and Gauahar commented "My Baby ♥️🦋 #Zeddy". Captioning his post: "Let’s do what we love and do A LOT of it🤗♥️ @gauaharkhan 🌹 #Gaza🦋"Zaid expressed his love for his soul mate Gauahar and the two shared a picture where they were seemingly lost in each other. 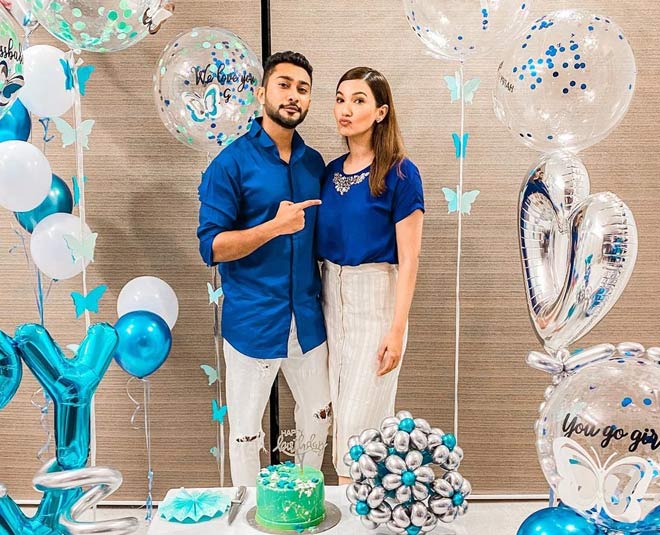 "So I guess it's never too much blue with us! I wish I could type everything right here but I'd rather keep it small & express in front of you. You know what you mean to me G, happiest birthday Gau-ahar-jeous♥️🌹", wrote Zaid, expressing his heartfelt emotions for Gauahar, on her birthday.

9When They Were Chilling In Dubai 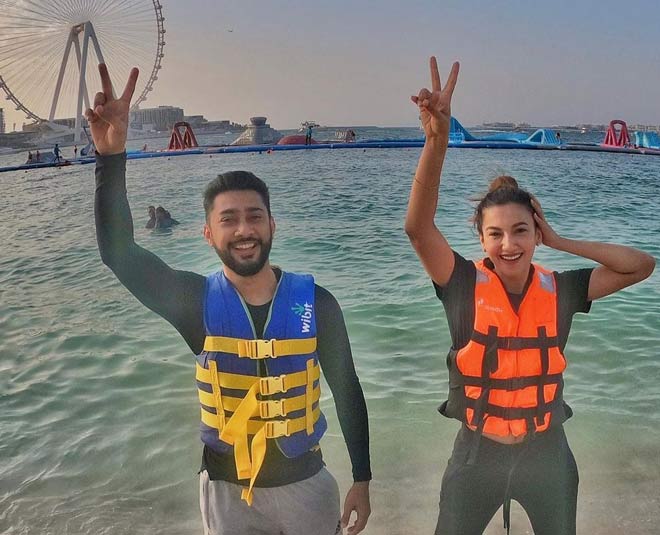 While chilling in Dubai and spending the best times of their lives together the couple shared another adorable photo of them posing together at an amusement park, looking all drenched in love and the thrill of the moment.

10When They Were Captured Sharing A Good Laugh Together 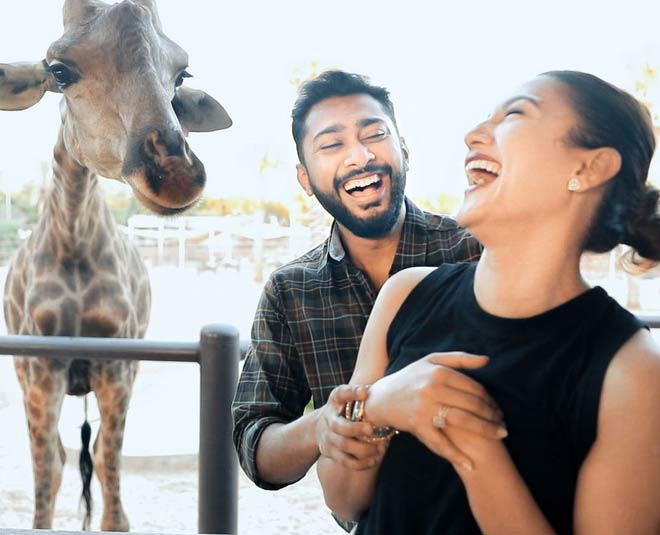 Posing beside a cute Giraffe, the couple surely took over our hearts when they posted this picture of them sharing a hearty laugh together.