Fun Facts About Hit Show Sarabhai vs Sarabhai That's All Set For A Re-Telecast After 16 Years!

Here are some fun facts about the show, you did not know!

Yes, the amazing show is making a comeback on TV and we are seriously very excited! It will be re-telecast on TV amid quarantine and we are not complaining at all! Many shows are coming back and reviving old memories as the nation is in self-isolation, a much-needed step that we needed during pandemic coronavirus. Even if you are on work from home, de-stress and watch these shows and one of them I really recommend is Sarabhai VS Sarabhai. But before you do, here are some fun facts about the cast and this show that you probably had no idea about.

The show will be telecast between 10 am to 12 pm on Star Bharat from Monday.

The official Twitter handle of Star Bharat also confirmed the news with two posts about the two shows. About Khichdi, the channel said, “After 18 years, Jayashree and Babuji will bicker again. Watch ‘Khichdi’ 6 April onwards, every day at 11 am on Star Bharat.” On Sarabhai, the channel posted, “After 16 years, Roshesh is coming back again with his poetry to meet you! Watch Sarabhai vs Sarabhai, 6 April onwards, every day at 10 am on Star Bharat.” the post said.

Don't Miss: Sizzling Chemistry Between Ram Kapoor & Sakshi Tanwar Is Back On TV, Kundali Bhagya To Go Off Air

Fun Facts About Sarabhai VS Sarabhai 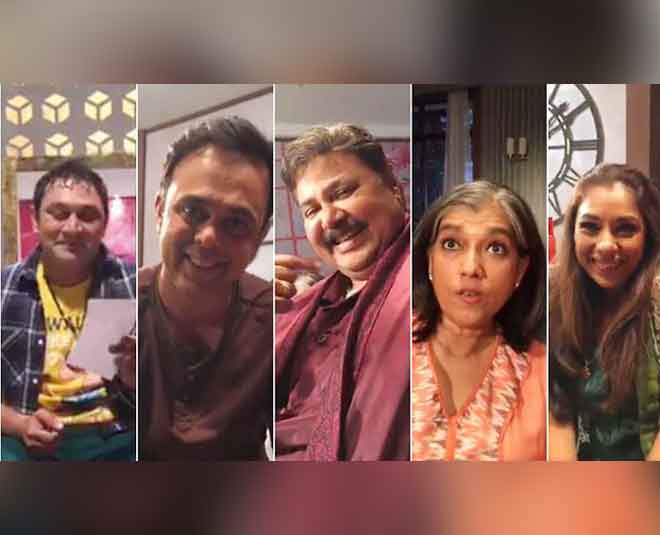 1. This is not the first time when we saw the pairing of actors Satish Shah and Ratna Pathak Shah. The two were loved as Indravadan and Maya but back in the 90s, the two brilliant actors also featured in the hit TV show Filmi Chakkar which was aired on Zee TV.

2. Remember the poetry competition episode where we had that epic Kacha Kela's hilarious poem, Main Lukhkha Hun? Well you will be surprised to know that the actor who essayed Kacha Kel is actually one of the show's writers, Aatish Kapadia!

3. Director of the show Deven Bhojani shared that before bringing back the show as a web series, the makers were thinking of turning it into a film but it did not pan out hence came the web series.

4. Both Khichdi and Sarabhai... are shows on Gujarati families but totally different concepts and both have been produced by Hats Off Productions.

5. The original run of the show on Star One was on pause due to low ratings. The show then had many re-runs and that is when it started becoming extremely popular and then rest is history. I guess sit was ahead of its time. 6. There was a Whatsapp group started by actress Rupaly Ganguly, who plays Monisha, but Maya, Ratna Pathak Shah was reluctant at first to join the group because she is not a fan of "suprabhat" messages.

7. The biggest surprise here is this fact that Sarabhai vs Sarabhai was rated in the middle of the top 50 shows of the world, and that too 8 times! Did you know that it is also rated above the well-liked international show F.R.I.E.N.D.S in India?!