Rubina Dilaik became the winner of the much-controversial show, Bigg Boss season 14 last night. Read on to know who all congratulated her. However, it was not just her good strategy that helped her in becoming the winner, it was also the immense love and support of her fans, family, and friends that resulted in her massive win. The actress has been receiving countless good wishes and laudatory messages from the moment her victory was announced, take a look at those who showered their love upon her.

Rubina Dilaik remained one of the most popular contestants of Bigg Boss season 14, all thanks to her immense fame and backing she kept on receiving from her fans. Hence, soon after holding the winner trophy, the actress took to her Instagram Live session and showed her gratitude towards everyone who helped her to become the winner.

Clad in a gorgeous golden gown, Rubina seemed delighted and excited. She said it is still hard for her to believe that she has actually won the title of Bigg Boss season 14. While addressing her fans, she added that she wishes to share so many emotions and discussions with her fans, which she will be soon doing by interacting with them in a live session on social media. 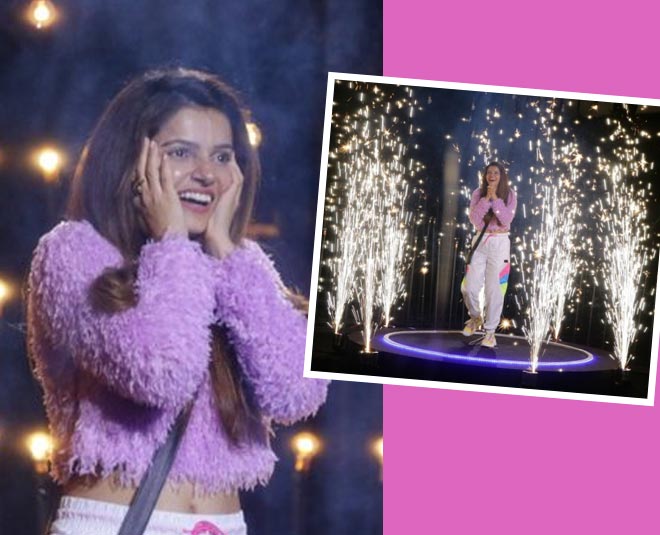 Hina Khan participated in the Bigg Boss season 14 as one of the toofani seniors. She left no stone unturned to make contestants stay difficult in the house at the beginning. However, the actress seemed delighted that Rubina emerged as the winner. She expressed her joy by penning a sweet message for her. “"Ruby Ruby Rubiiiiiinaaaaaa Super proud hai Team Hiiiiiinnnnaaaaa Congratulations Love @RubiDilaik."

In the last season of Bigg Boss, Rashmi Desai was one of the top contenders. Just like Rubina, the actress also has a massive fan following. Rashmi seems extremely happy with Rubina’s victory and sent her love and congratulations through social media. “Finally the time has come heartiest congratulations @RubiDilaik well earned success. You’ve emerged victorious in this season of #bb14 @ashukla09 congratulations once again Smiling face with open mouth and smiling eyesHugging face #RD #RubinaDilaik #rubinav.”

The winner of Bigg Boss season 13, Sidharth Shukla was known to be on the top of his game in the reality show. Hailing for Rubina he said “well played”. “Congratulations @RubiDilaik for winning BB 14 ... well played."

Congratulations @RubiDilaik for winning #BB14 . You owe this trophy. So finally we got our winner after waiting for so long . Bahut bahut badhai ho dil se. Very happy for you 🤗 ❤️. Now it's time to party 🎉#ArshiKhan#RubinaDilaik#BiggBoss@ColorsTV@justvoot@VootSelect

Before the final week of Bigg Boss season 14, Arshi Khan got evicted. Arshi and Rubina stayed in each other’s good books, and seems like will remain friends. “Congratulations @RubiDilaik for winning #BB14 . You owe this trophy. So finally we got our winner after waiting for so long . Bahut bahut badhai ho dil se. Very happy for you. Now it's time to party,” shed wrote while expressing her joy for Rubina.

Priya Malik appeared as one of the contestants in the Bigg Boss show season 9. She, who was known to be one of the strong players also congratulated Rubina and wrote, “So happy for @RubiDilaik ! Congratulations! Well deserved winner of #BB14 Red heart #RubinaDilaik.”

Congratulations @RubiDilaik you’re the most deserving Winner!
I’m so delighted for you!#BiggBoss#BiggBoss14Finale#Biggboss14#RubinaDilaik

“Congratulations @RubiDilaik you’re the most deserving Winner!  I’m so delighted for you! #BiggBoss #BiggBoss14Finale #Biggboss14 #RubinaDilaik,” said Andy Kumar, who is a TV personality & VJ.

Contestant of season 12 of the reality TV show, Bigg Boss, Karanvir Bohra took to Twitter and called Rubina a deserving winner. “Couldn't watch #biggboss14 this year, but read a lot of articles and need about it, the deserving winner @RubiDilaik vote for her,” he wrote. 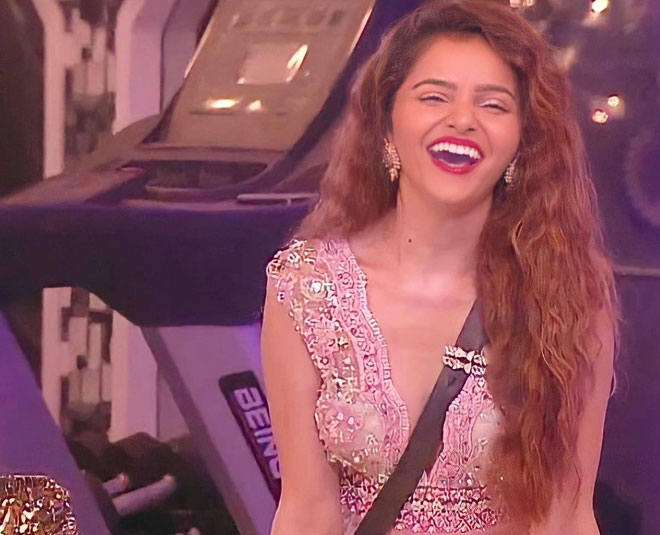 Sweet and warm Reaction from #RubinaDilaik mother and father in law's

No matter how much support you receive from everyone around you, in the end, the family’s support is a must. Rubina is not only much loved by her fans, but the actress also had the full support of her in-laws.

In a video clip that has been surfacing on social media, her mother and father-in-law can be seen expressing their joy for Rubina’s victory. They said, in the beginning, they were a little anxious, but they became extremely happy as soon as Salman Khan raised Rubina Dilaik’s hand as the winner.

While we haven’t heard anything from Abhinav Shukla so far, he did upload the cutest video clip on his official Instagram page, wherein Rubina Dilaik’s niece and nephew can be seen sending love to their Chachi.

Alongside Abhinav wrote, “The best and the cutest video ever... My two little pumpkins wish their Chachi wins BB. 🥰🥰🥰🥰#rubinadilaik #rubinathewinner.” 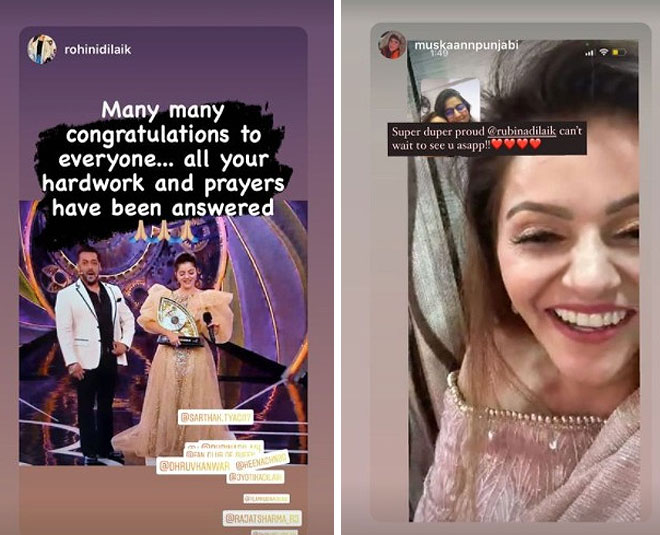 Rubina Dilaik is immensely grateful to her fans for their massive support. Besides going live on Instagram to thank them, she also shared several screenshots on her IG stories, wherein her fans have sent their love. Many have been flooding her latest post on IG, in which she can be seen holding BB 14 trophy.

Do let us know what do you think about Rubina Dilaik win by commenting on our Facebook page. Stay tuned to HerZindagi for more such stories.