Here are some adorable unseen pictures from Shahid Kapoor and Mira Rajput's wedding. 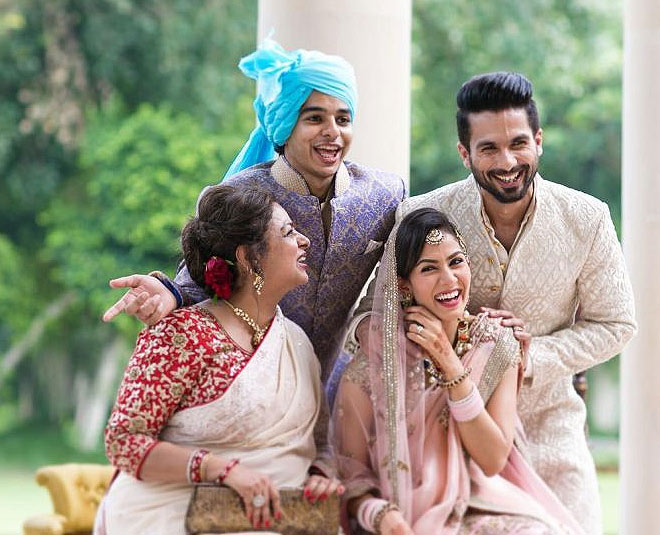 Shahid Kapoor and Mira Rajput are one of the 'IT' couples in tinsel town. Ever since they tied the knot, the two have been swooning us with their public display of affection and shelling out some major couple goals. Be it stepping out for casual dinner dates or attending events together, 'Shaira' never fails to make our hearts flutter with their mushy love. And recently, while browsing through the internet, we got our hands on some unseen pictures from Shahid and Mira’s wedding ceremony. Take a look. 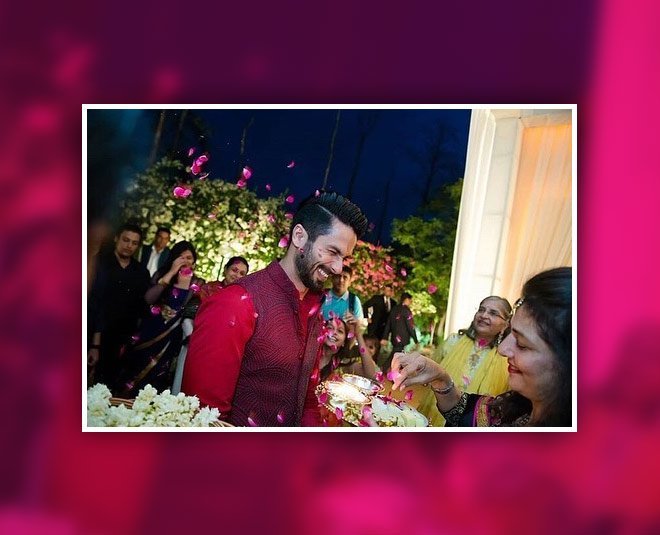 Look at that smile! In this picture, we can see Shahid smiling ear-to-ear as he enters the venue. 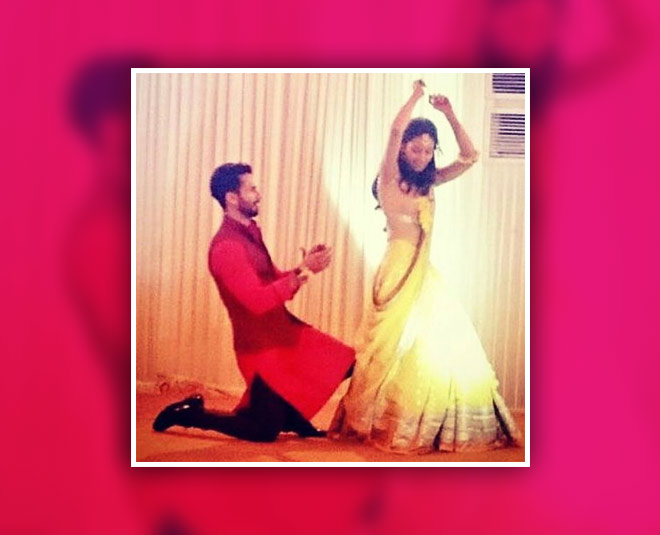 In this still, Shahid is seen seating on his knees as Mira dances with her hands in the air. For their sangeet, Shahid had donned a red kurta with a Nehru jacket and a black churidaar, while Mira sizzled in an Anita Dongre lehenga. Anita Dongre had shared about Mira’s sangeet attire, “Mira opted for a customised beautiful yellow lehenga and paired it with a lovely peach choli. The outfit Mira chose perfectly complements her young and colourful personality."

Don't Miss: Shahid Kapoor And Mira Rajput Twinning Game Is So Much Fun And On Point 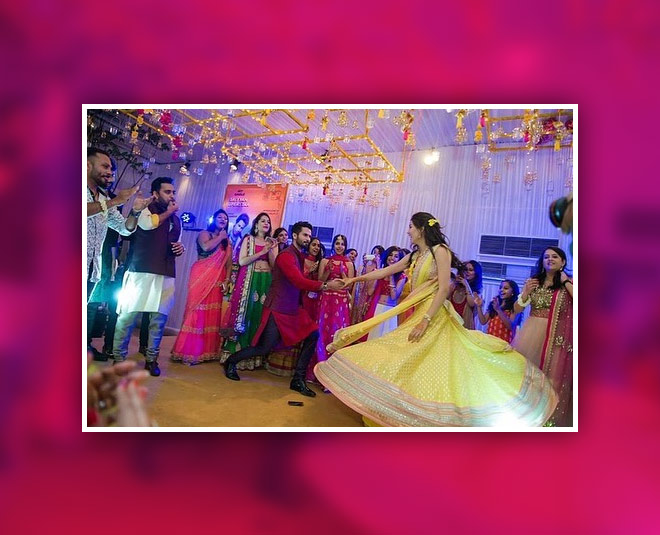 Look how happy the couple is! In this picture, we can see Shahid and Mira dancing, surrounded by their family. On being asked about his favourite moment from the wedding, Shahid told VOGUE, “The Anand Karaj ceremony was my favourite moment from the wedding. It was just a room full of our people, celebrating us, perfect strangers who were going to take this insane journey together. Even though it’s just been four years, a large part of who I am has been formed since the day we got married. We were relieved! The formalities were over, and we could now start sharing our lives.”

For all those who don’t know, Shahid Kapoor and Mira Rajput Kapoor got married in Delhi on July 7, 2015. While talking about arranged marriages, Mira Rajput was quoted as saying, “Why not (go for an arranged marriage)? You have to meet someone in some way! It worked for us so beautifully because both of us laid our cards in the open in the beginning. We were ourselves. There was a different kind of discovery after marriage but there was no negative surprise.”

Further talking about her marriage, Mira had stated, “I understood the role I had to take and he (Shahid) understood that he had to become a part of my life. Both of us have given and taken a lot from each other and we have become more wholesome. It’s two halves that make a whole.”

Also Read: Here’s What Mira Rajput Has To Say About 14-years Age Difference With Shahid Kapoor

You make my world and me go round 🤪❤️ #happy4

During an interaction with a media portal, Shahid revealed how he felt when he met Mira Rajput. “I noticed everyone's expressions, "Kya? Kaun? Yeh kaun hai? (What? Who? Who is this person?)" And it was not just about being a non-celebrity; Mira was not part of my social circuit either. But I don't close myself to anything new. It doesn't matter where or how two people meet. What matters is if two people connect. And I got that feeling [with Mira]. Sometime back, I used to tell myself, "I have been in relationships with celebrities, but maybe, it might be interesting to be with someone who isn't a celebrity." And one year later, I got married to someone who is a normal girl (laughs). I love the fact that I go back home to a normal person, who talks about normal things; and who sometimes tells me, "I'm not interested in what's happening in your industry. Let's discuss what we are doing for lunch tomorrow or where are we going." It's great and very healthy,” he said.

Shahid and Mira’s relationship has grown cuter and stronger with each passing day!