BRAHMĀSTRA: The First Look Of The Much Awaited Film Is Out; 5 Things We Are Expecting

Brahmastra movie trailer will be out on June 15th 2022.

BRAHMĀSTRA is one of those movies whose every update gets us too excited. Recently, Alia Bhatt shared a feisty teaser of Brahmastra, revealing the first glimpse of the main characters, including Ranbir Kapoor, Alia Bhatt, Amitabh Bachchan, Nagarjuna Akkineni and Mouni Roy. They all are looking extremely stunning.

The teaser also revealed the date for the much awaited Brahmastra trailer, which will be released on June 15th, 2022.

You can watch the teaser here:

Here are 5 things we are expecting from the film looking at the first look. 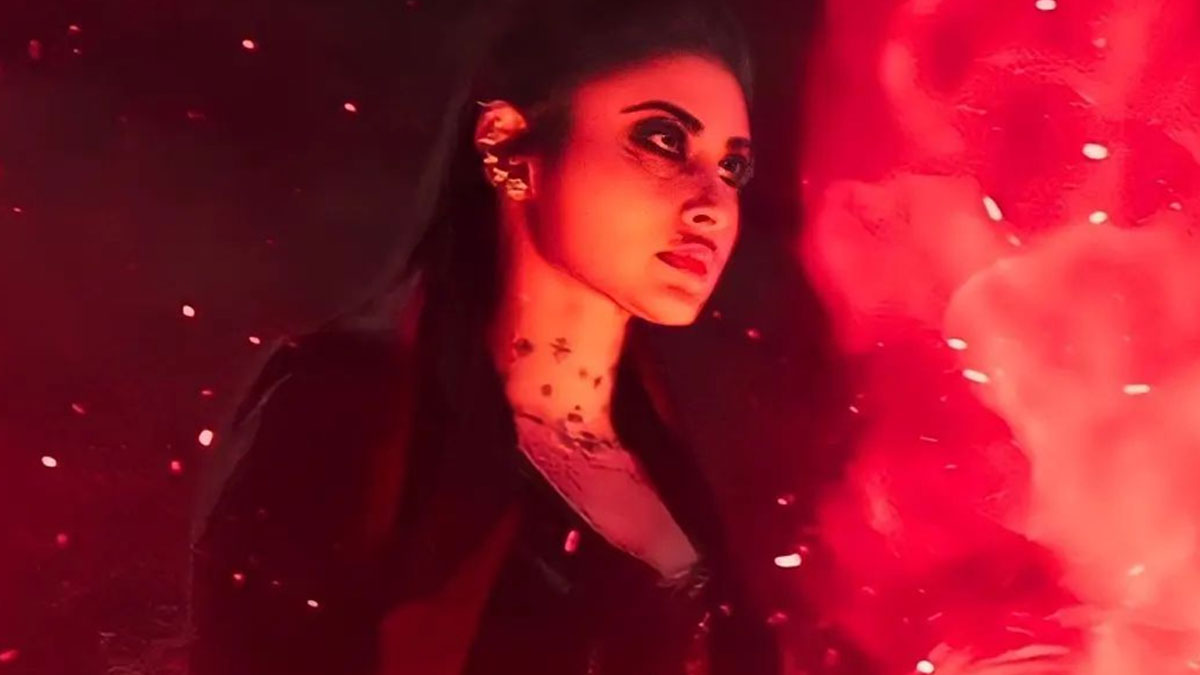 While all of the characters in the film look surreal with supernatural elements, Mouni Roy is appearing to be playing the villain in the film.

We have seen the actress playing Naagin in Ekta Kapoor's serial. Now watching her play a supernatural character would be very interesting to watch.

The teaser showcases the film's extensive VFX work, which looks great. Brahmastra's visual effects are created by the same company that worked on movies: Baahubali and RRR. Looking at the teaser, it is surely looking like a virtual delight.

Everyone, especially the #raalia fans are too excited to watch the off screen couple appearing on the screen for the first time. Mr and Mrs Ranbir Kapoor will be starring opposite each other, and the way they look in the supernatural form, it would be sensational to watch them as a couple.

We saw Nagarjuna Akkineni first look from the movie and we are delighted to see him after so many years in a hindi movie. Nagarjuna is making a Bollywood comeback after 17 years. He last appeared in the Bollywood movie in 2003 in LOC Kargil, which was a war drama. We are expecting a lot of action and drama from the talented actor.

5. The Star Cast Has Got Our Hopes Extremely High

The way the star cast has appeared in the first look teaser of Brahmastra, the hype has gone just way too high. From Ranbir Kapoor to Amitabh Bachchan to Nagarjuna and everyone in between, the cast seems really fiery, igniting curiosity and piquing fans' interest in the film.

We're getting major chills from the way Ranbir Kapoor drops a sentence at the end saying, 'ab khel shuru.'

Trailer Out On June 15

Along with Alia Bhatt, Actress Mouni Roy also shared the teaser of the first look. In the caption, announcing the teaser, she wrote, "In just 100 days, BRAHMĀSTRA: Part One will be all yours 💥 But before that, don’t miss the Brahmāstra TRAILER on JUNE 15TH!! 💥💥"

Brahmastra is an action fantasy film that has been getting postponed for a long time. The film was announced in 2014, and its release date was set for 2016, but as we know, it got delayed. The Ayan Mukerji directorial film Brahmastra is also the dream project of the director.

The film's excitement is already high, as fans have been anticipating it for a long time. The movie is now set to be released on September 9, 2022, and we can't wait to see it.

How excited are you for the film? What are your expectations from the film? Share your thoughts with us by commenting on our Facebook page.