Check Out Priyanka Chopra's Look In Sabyasachi Saree, Yellow Dress For 'The Sky Is Pink' Promotions

Check out Priyanka for the promotions of her film "The Sky Is Pink".  Isn't she looking elegant? 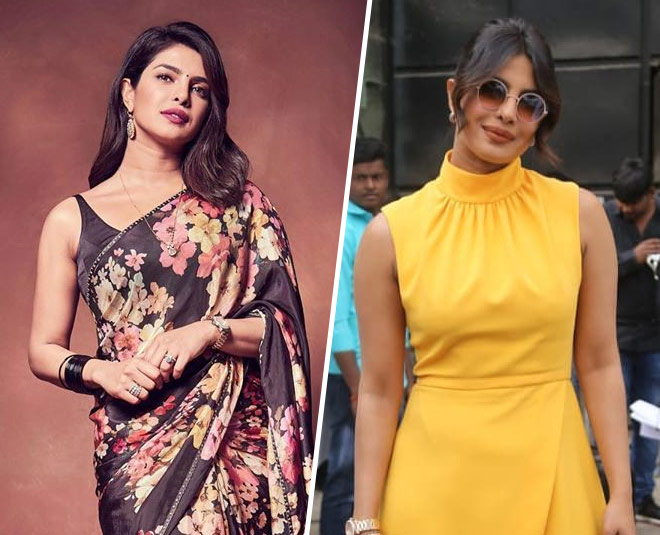 The desi girl is back home in Bollywood with her much talked about film The Sky Is Pink and she is going full out with the promotions of the film with the cast which includes Farhan Akhtar. We all saw the trailer of the film and the reactions have been seriously positive from Day 1. Her first leg of promotions of course started with Mumbai and she looked stunning in thevtwo looks she flaunted.

First, we would like to rave about her saree which belongs to the house of the ace fashion designer and magician Sabyasachi Mukherjee. She looked stunning in this black saree with florals. Simple, yet elegant Peecee knows her fashion is always on point. She visited the sets of reality show Dance Deewane with Madhuri Dixit as one of the judges, on Tuesday. She also shot for one of the episodes with the judges and the cast and crew of her film.

Priyanka Chopra Jonas was super excited and kept sharing posts, videos, and boomerangs from the sets. 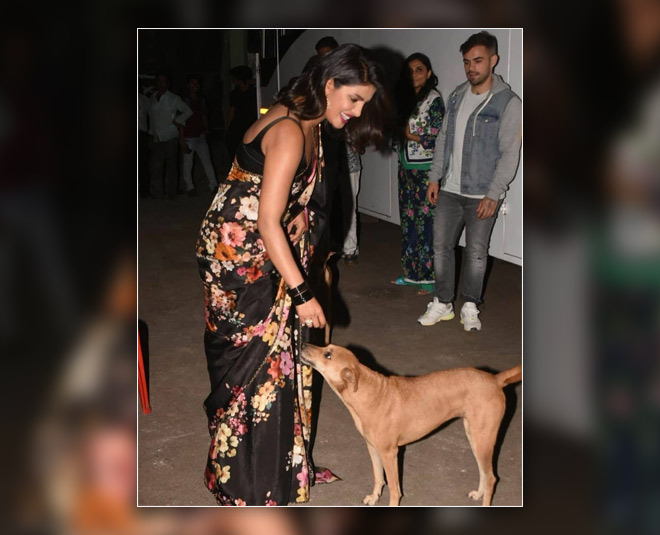 Explaining the pic above, when Priyanka stepped out for the promos a cute street dog just did not leave her side and the moment was captured pretty well by photographers one must say. She even added this video to her Instagram videos when the "furry friend" kept following for some attention.

Back to her looks and promos, the actress was accompanied by director Shonali Bose and co-actor Farhan Akhtar during her promotional stint in the city.

While on Dance Deewane, Priyanka also had some fun with the judges.

Don't Miss: From Zari To Velvet This Sabyasachi's Bridal Blouse Collection Has Something For Every Bride

Priyanka will probably be in India until the release of the film on October 11. The film was earlier screened at the Toronto International Film Festival, where it received a standing ovation.

Besides The Sky Is Pink, Peecee will be seen in The White Tiger with Rajkummar Rao, and with Mindy Kaling in We Can Be Heroes which is  a sit-com which is on marriages, directed by Robert Rodriguez.