Do you know Kareena Kapoor’s wedding outfit is an heirloom piece worn by two others Pataudi ladies? Read on to know the details. 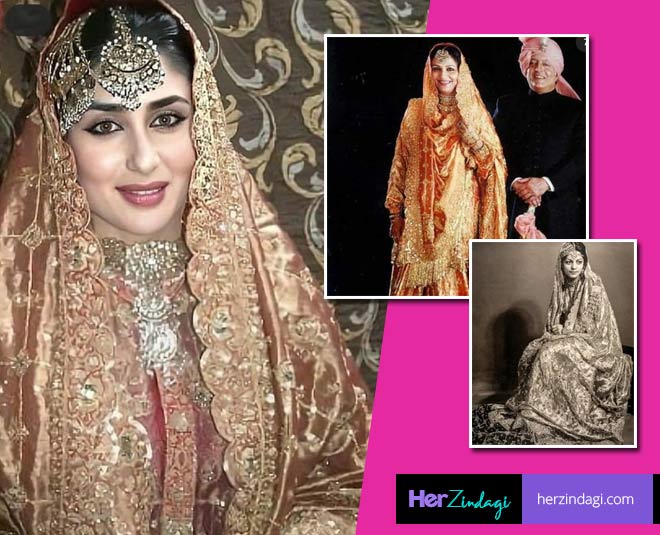 When it comes to a celebrity wedding, there are many that made headlines. However, Kareena Kapoor Khan and Sail Ali Khan’s wedding is one of the most popular among all. The couple dated for about 5 years, before tying the knot in an intimate ceremony. It was a royal wedding since Bebo married the prince of Pataudi, Saif Ali Khan.

Everything You Need To Know About Kareena Kapoor’s Wedding Outfit 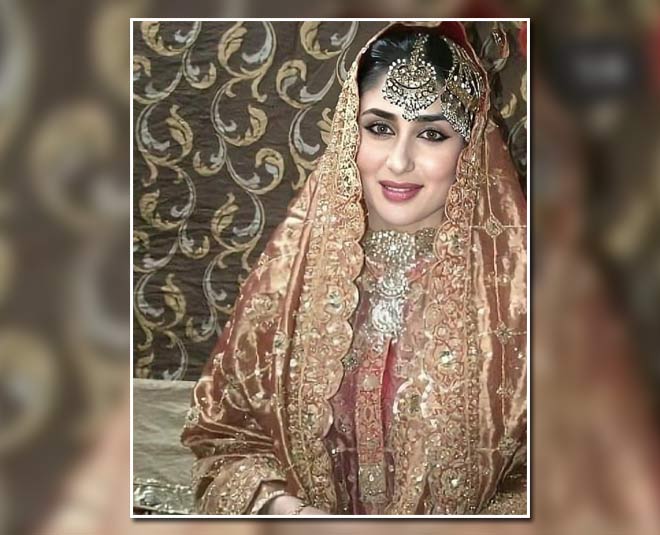 While most incidences about their nuptials have been kept private, a fact about her wedding outfit seems to amaze everyone even today.

She wore a gorgeous heavily embroidered bronze sharara, called the traditional Farshi pyjama-kurta on her big day. To complete the bridal appearance, she adorned herself with royal Kundan jewellery. With minimalistic makeup, she looked nothing less than a queen in the stunning outfit.

Who All Wore The Royal Outfit? 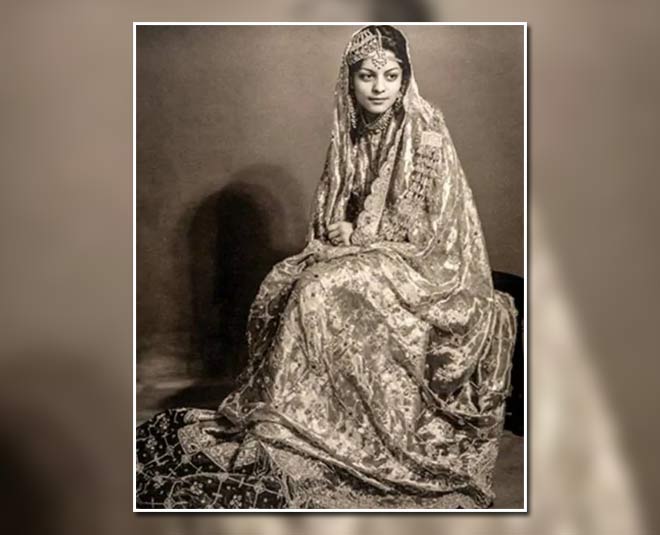 The fact that we are talking about is that her wedding sharara was not a custom outfit, but it has been sported by two other ladies of the Pataudi family. The dress initially belonged to Begum Sajida Sultan of Bhopal. She was the wife of the eighth Nawab of Pataudi and also the mother-in-law of veteran actress, Sharmila Tagore, who wore the traditional attire in 1939. The outfit was then inherited by Sharmila, who donned it on her wedding day, on 27 December 1969. She tied the knot to Mansoor Ali Khan Pataudi. The dress was then passed on to Kareena, who donned the sharara on 16 October 2012.

The Outfit Was Recreated For Kareena By Ritu Kumar 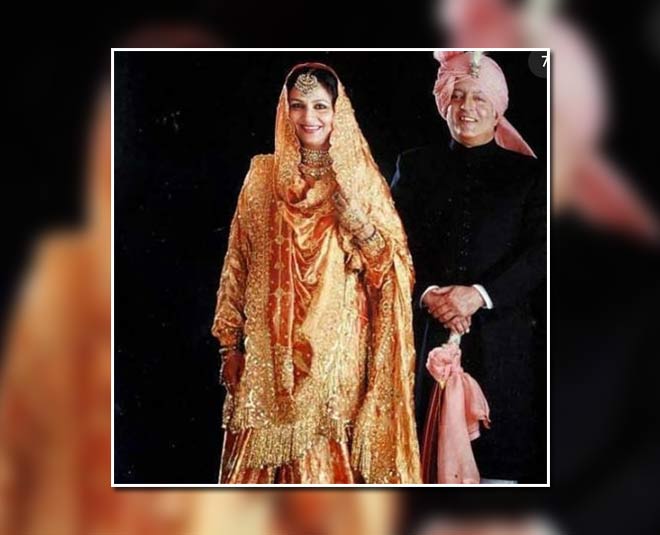 Naturally, the traditional royal dress has to be altered according to Kareena. The same was done by ace designer Ritu Kumar. During an interview with I Diva, she talked about the same and said, “We had to redo the Farshi pajama, because the ones created earlier were actually a cross between a gown and a pajama and came with a trail that the bride had to carry, or have someone carry. Also, they were designed around the one size fits concept, so the new design has been tailored to fit Kareena better.”

She further explained the challenges of recreating the royal dress. "About 100 years ago, great emphasis was placed on stitches and their use on three dimensional surfaces. There was no bling in those days.  So it was quite a challenge to recreate the outfit, contemporising it, and yet making sure it stays true to the aesthetic of the family history,” she added.

Do let us know what do you think about Kareena’s wedding joda by commenting on our Facebook page. Stay tuned to HerZindagi for more such stories.