Want to play dress-up with your sister? Take some inspiration from Bollywood's most stylish sister duo, Janhvi and Khushi Kapoor. 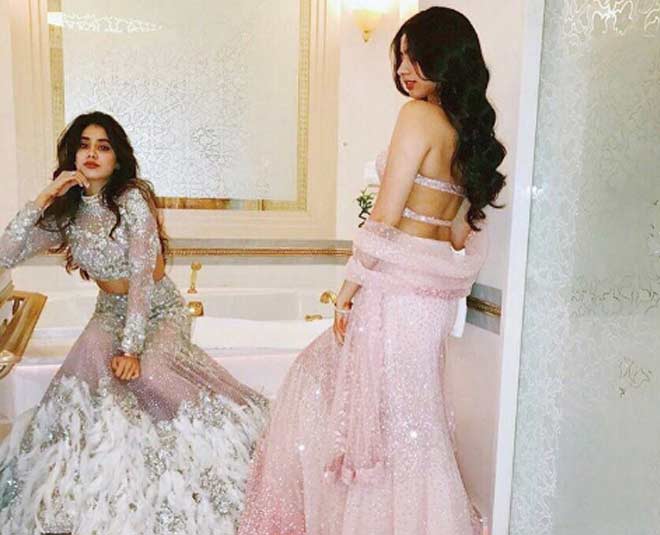 When we look into the entertainment industry, there are far too many sister duos who are always ahead in the fashion department. The latest addition to this list are the Kapoor sisters, Janhvi Kapoor and Khushi Kapoor.

The sister duo never fails to give us some major fashion goals. Here are some of the looks proving that the daughters of Boney Kapoor and Sridevi are the most stylish sister duo of the industry. Khushi Kapoor shared this vacation picture with her sister and the two look absolutely stunning in their holiday outfits. While Janhvi is wearing a blue off-shoulder top with denim shorts along with a sling bag, Khushi is wearing peach joggers along with a matching crop top and is carrying a black backpack. Both of them have paired up their outfits with sneakers and kept their hair simple for a casual look. At an Ambani bash, the sister duo chose to wear Manish Malhotra outfits even before any of them formally entered the film industry. While Janhvi wore a golden shimmery tube dress, Khushi wore a blue quirky hand-printed crop top and skirt. Both the girls kept their hair simple and added heels for an edgy look. Both of them are looking smoking hot in these outfits. Janhvi and Khushi Kapoor were a guest at Neha Dhupia’s chat show BFFs with Vogue Season 3. On the show, both the sisters wore similar outfits by adding their own personal style to their respective looks. Janhvi wore a white slogan tee along with a blue shimmery skirt and paired it up with peach strappy heels. She chose to keep her hair open with little curls and went for natural makeup.

On the other hand, Khushi Kapoor wore a white shirt with a brown natural print skirt along with a pair of black heels. She accessorised well with some chains and hoops. She tied her hair up in a ponytail and kept her makeup natural just like her big sister.

Don't Miss: Avoid Wearing These Things On An Airplane For an event, Janhvi and Khushi chose to showcase their different personalities through their outfits. Janhvi wore a light golden ruffle blouse with well-tailored pants and heels. She wore a pair of danglers with the outfit and tied her hair in a ponytail. The highlight of the entire look was definitely her blue eyeshadow.

While Janhvi chose to wear pants, Khushi wore a denim skirt with a white blouse having a knot in front. She paired up her outfit with black glossy boots. She kept her hair straight and went for heavy makeup. 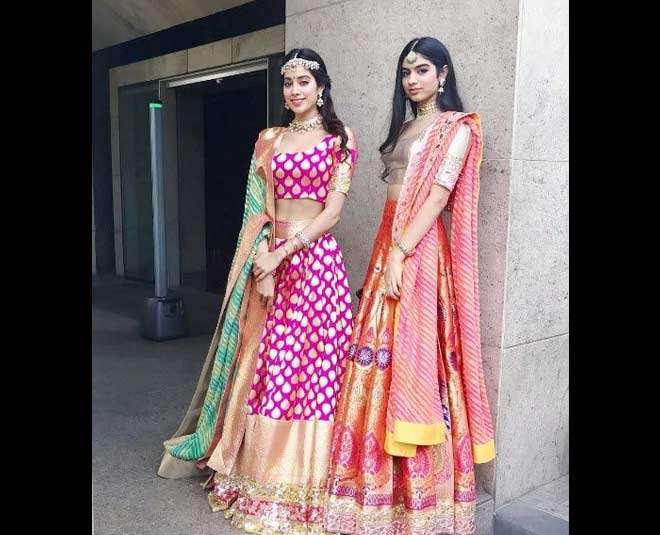 Not only western but Kapoor sisters can also slay in traditional outfits. Both the sisters are wearing Banarasi lehengas in different colours. Janhvi is wearing a beautiful pink lehenga with a green dupatta along with heavy jewellery including matha patti and choker.

Khushi Kapoor is wearing a peach Banarasi lehenga with a golden blouse. To accessorise, she wore a maang-tikka and choker. Both the sisters kept their hair open and went for heavy makeup.