Hina Khan Makes For Stunning Bride In These Photos

Hina Khan turned bride for Arijit Singh’s upcoming music video titled, 'Raanjhana' and it has become difficult to take our eyes off from her. 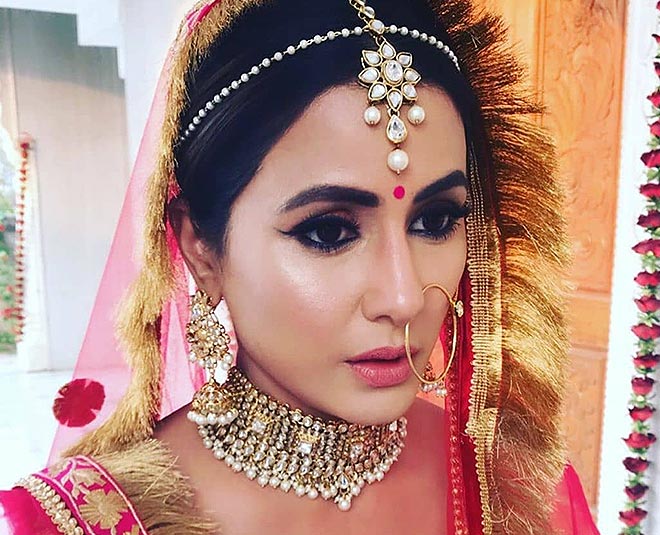 Hina Khan who rose to fame with the daily soap Yeh Rishta Kya Kehlata Hai has been making headlines for quite some time now. One of the participants in 'Big Boss 11', Hina's fashionable look in the reality show garnered a lot of appreciation. After 'Big Boss 11', Hina Khan played the iconic role of Komolika in 'Kasautii Zindagi Kay 2'. The actress has not only made everyone go gaga over her acting skills but over her looks as well. Hina's style is a perfect inspiration for any modern Indian girl. Recently, Hina turned bride for Arijit Singh’s upcoming music video titled, 'Raanjhana' and it has become difficult to take our eyes off from her. Hina is seen with Priyank Sharma in the video. Notably, Hina and Priyank became friends in 'Bigg Boss 11' and were often spotted together in the show. In one of the pictures, Hina can be seen donning a traditional pinkish-red lehenga with gotta-patti work. She accessorised her look with a pearl drop mathapatti, matching earrings and neckpiece. To make her blouse look heavy, it has been accessorised with golden embroidery. 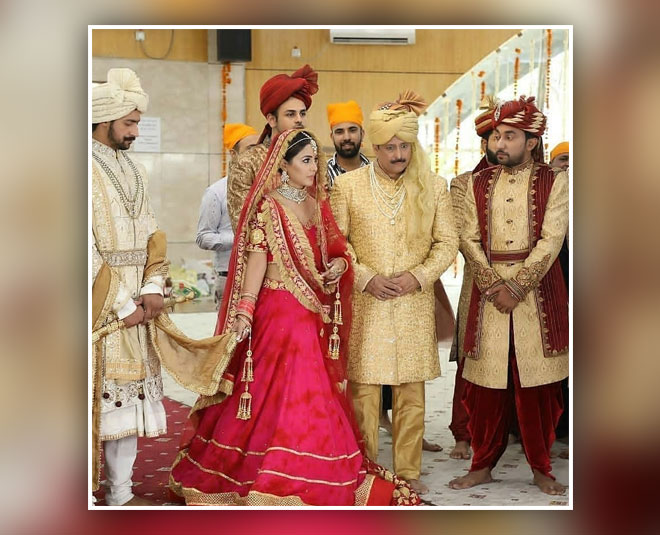 Hina has been given a bold look in her bridal attire. Her make-up has been kept bold to coordinate it well with her light bridal outfit. The actor has been given smokey eyes and highlighted cheeks to accentuate her look. Both shimmer and glossy effect have been added to her make-up,  while her lips have been done up with a pink-shaded Matt lipstick.

Hina Khan's who is in France to make her debut at the 72nd Cannes Film Festival is trending heavily in social media for her beauty and fashion aesthetics as well as for representing India at the global event. The poster of her short film, 'Lines' will be launched at the annual film festival.