On most days, Anushka Sharma likes to step out in a white outfit and if you have been looking for some inspo then this is your guide. 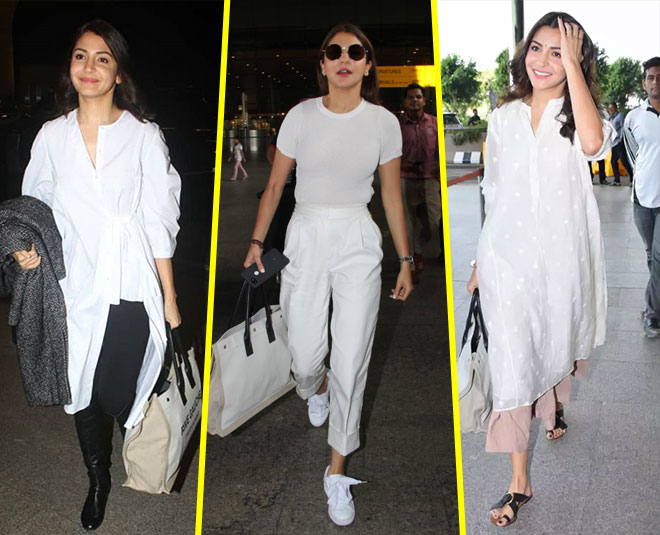 The best part about her airport looks is that they are chic, fuss-free and super easy to recreate. We feel Anushka doesn't take the airport look pressure on her head and steps out in the most casual outfits. It is the summer season and you can't miss donning some white. Here, take cues from Anushka Sharma's airport looks. Now recently, Anushka Sharma was snapped at the airport in a white asymmetrical top with black jeggings. Anushka was also seen carrying a grey overcoat for her journey. For footwear, she picked a pair of black boots. Anushka was seen carrying her favourite Saint Laurent Canvas Bag that costs a whopping ₹ 1,00,120.

Don't Miss: Neither Rs 100 Nor Rs 500 Crore, This Is The Actual Net Worth Of Virat Kohli & Anushka Sharma!

Anushka did minimal makeup with her look last night at the airport. We feel this one is such an amazing look to recreate. Pick an asymmetrical blouse and pair it with your jeggings or jeans, whatever you like. If you don't feel like carrying it with your boots, pick a pair of shoes or flip flops. A great option for a long haul flight, casual and comfortable. 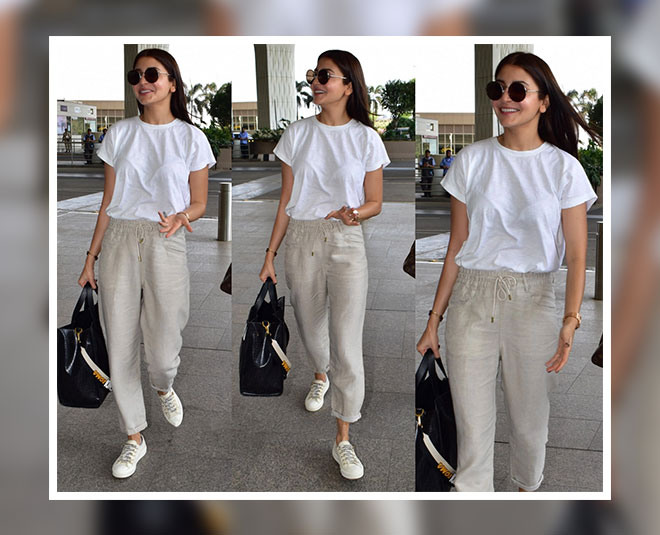 Anushka was spotted returning with husband Virat Kohli from Bengaluru. Anushka wore a casual white tee with linen grey cotton pants. She teamed her look with white sneakers. Anushka accessorized with a watch and black sunnies. We love how her outfit screams Comfort! It is so perfect for a day out or for travel. Anushka was seen carrying her tote Fendi bag with the look. 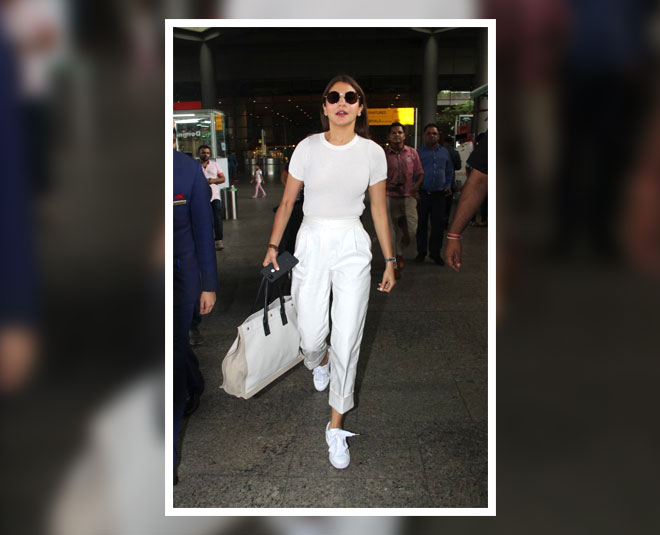 Who can rock the white on white look? Anushka Sharma. Anushka was recently snapped in an all-white avatar at the airport. She wore a white basic tee with high waist cotton pants and white sneakers. We are in love with this look! Not all can nail this the way Anushka did it. If you want to take cues, she is a perfect inspiration! Anushka's love for white is making us fall for the colour too! Anushka wore this white Gucci sweatshirt with white pants to the airport. With the look, she carried a golden backpack. She tied her hair in a pony. Anushka likes to stay makeup free when she is off duty and we love this about her! Now, this look is one of my personal favourites. Anushka Sharma wore this white cotton kurta with beige palazzo pants to the airport and we have our favourite summer outfit! Super casual and comfortable, this is one look we all wish to steal for our closet. Anushka paired it with black slip ons. 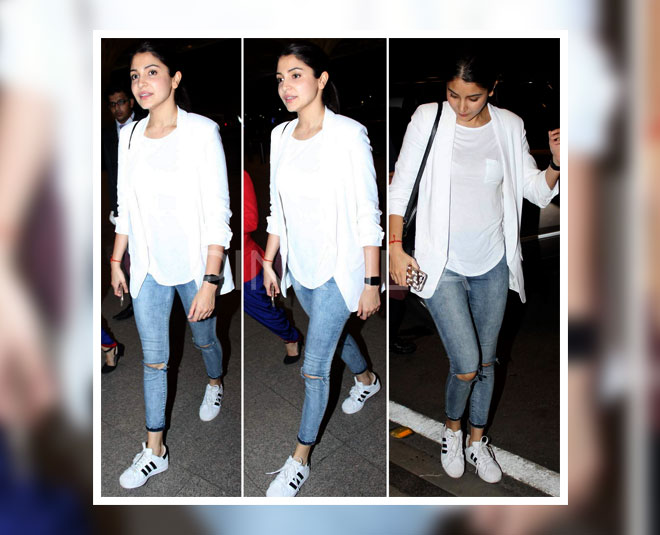 This is another great way to style your white blazer. Anushka Sharma picked a white tee and carried it with a blazer. She teamed with a ripped denim and white sneakers. Here, you can accessorize with some silver too, though Anushka liked to keep the look really basic. 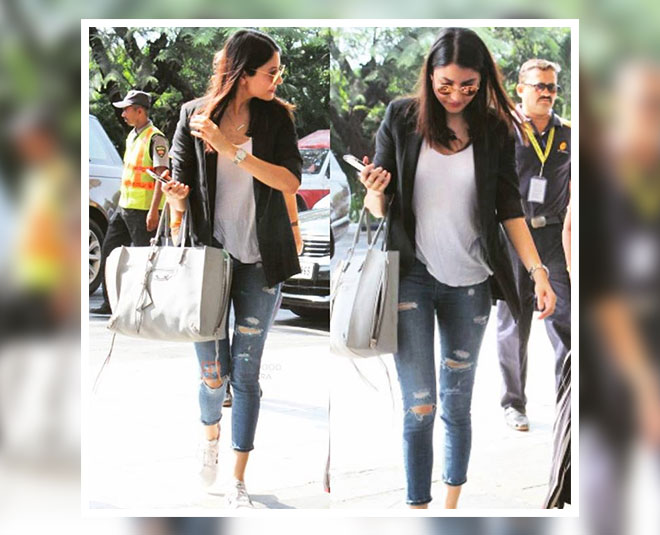 Whites and blacks always work well together. Anushka paired a white cami top with a black blazer and ripped jeans. This look can work for a formal event too. Pair with linen pants or basic trousers if not jeans.

Which one is your favourite pick? For more stories around celebrity fashion, stay tuned!
Disclaimer